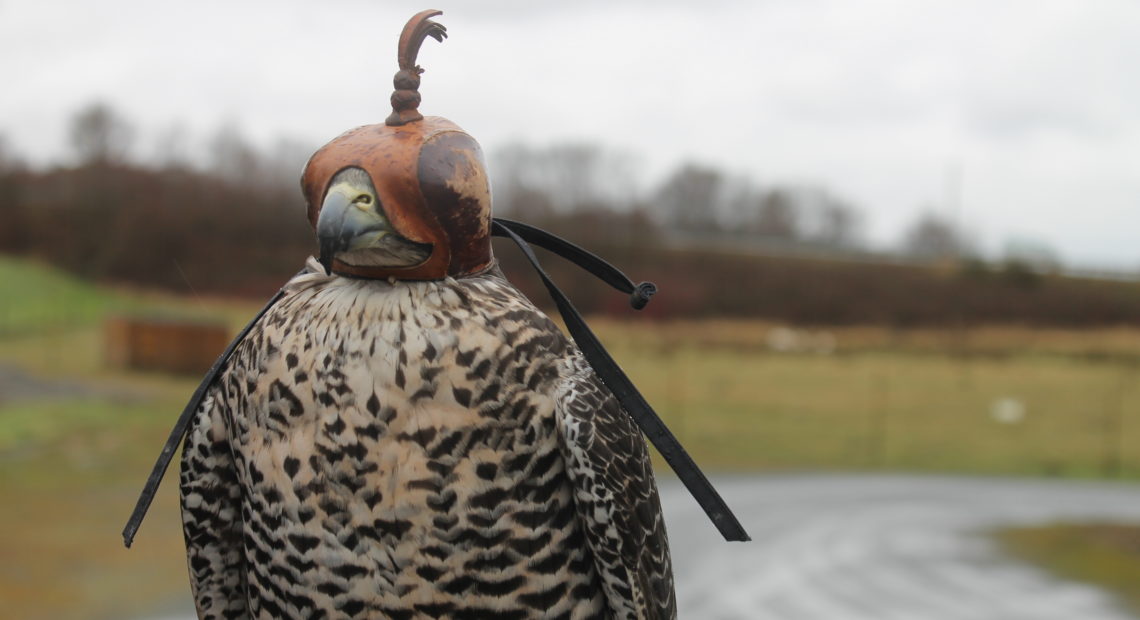 Like Your Fresh Washington Apples And Blueberries? Thank A Falcon For Keeping Away The Pests

They’re an important, albeit often unseen, part of farming in the Northwest, used as a defense mechanism to keep away pesky birds like starlings.

Since age 12, Felger has had a self-described love for everything with feathers, scales or tails.

Now he runs Airstrike Bird Control as founder and CEO. In 2017, he employed about 30 falconers and used over 100 falcons (only about 25 of those are Felger’s), pairing them to scare off starlings and other birds that can be bad news for crops.

According to research in the journal Crop Protection, in 2011 in Washington state alone, honeycrisp apple farmers lost nearly $3,000 per acre to birds eating their produce.

While nets can secure fruit trees and noise makers can scare birds, there are drawbacks to each tool. Nets can be expensive, and birds can get used to noise-scare tactics. 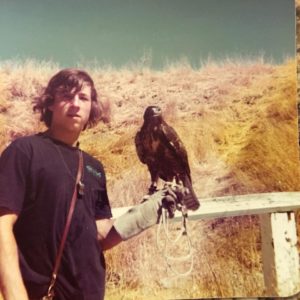 Brad Felger, owner and founder of Airstrike Bird Control, says he was enraptured by birds at age 12.

Felger’s operation is non-lethal for the other birds the falcons scare away.

He flies his falcons up and down the West Coast. In Washington, he starts with blueberry farms in May in the Skagit Valley and travels east, ending with vineyards in the Yakima Valley and Columbia Basin through the fall. His operation is gaining popularity, especially with organic and eco-friendly farms.

Patricia Thompson is the falconry manager for the Washington Department of Fish and Wildlife. This season she permitted nearly 300 recreational falconers in the state. Thompson says she’s noticed an uptick in this style of pest control.

“It feels like more people are getting into abatement falconry,” Thompson said. “And it does seem to be more ecological to haze the birds off, rather than using pesticides.”

Thompson isn’t sure how many of those falconers practice abatement since the state doesn’t offer those permits. That permit comes at the federal level through the U.S. Fish and Wildlife Service.

She is also quick to point out how intense falconry can be. It starts with a two-year apprenticeship, followed by an exam, and even a site visit where the wildlife department officials examine facilities. She calls it a real lifestyle because the birds take so much time to care for and are in hunting-working relationships with their falconers.

Back at Brad Felger’s farm in Mt Vernon, breeding season has already started. Next month, Felger is hoping to have 40 baby falcons. Soon these little birds will start their training and become the next generation of fruit-saving predators, maybe protecting a blueberry field or apple orchard near you.