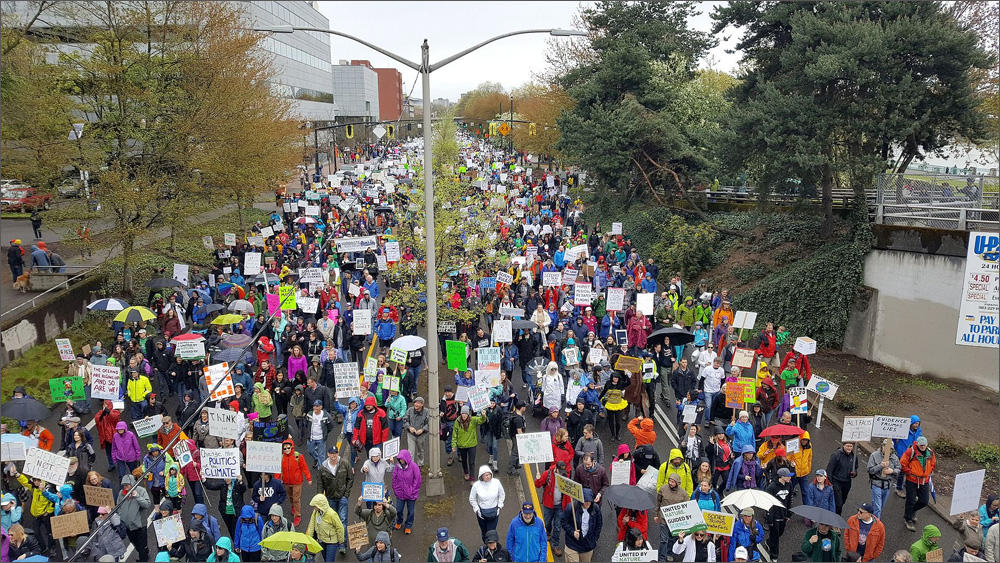 March For Science And Pro-Gun Rallies Coincide On Saturday

The Washington and Oregon capitol grounds in Olympia and Salem will offer a colorful juxtaposition of political movements Saturday. Marches for Science are scheduled in 10 Northwest cities. These roughly coincide with separate pro-gun rallies at the state capitals..

The Salem version of the March for Science is scheduled for the exact same time as a gun rights rally titled Good Guys With Guns or Americans For America, depending who you ask. The event permits place the rallies about a block apart. The science marchers have the north steps of the Capitol and the pro-gun supporters are invited to converge on the World War II Memorial area.

In Olympia, the same two movements have both reserved the Capitol steps to rally, but are separated by about four hours in time.

The March for Science is officially non-partisan but it grows out of opposition to Trump administration stances on climate change, research funding cuts and alleged muzzling of government scientists.

This is the second year for the March for Science. The main march takes place in Washington, D.C., with satellite events across the country and globe including in Seattle, Portland, Astoria, Spokane, Medford, Bend and Victoria, BC.

The gun rights rallies arise in response to student-led gun control marches last month that followed the Parkland, Florida, school shooting. RSVPs on Facebook indicate some gun rally participants plan to exercise their right to openly carry their firearms, which organizers are urging be unloaded.

The Second Amendment activism stems in part from a national campaign to stage rallies at all 50 state capitols on Saturday. A group called the National Constitutional Coalition of Patriotic Americans drummed up interest in rallying, mostly using social media.

“We’ve had 5,000 to 6,000 thousand people with plenty of room to spare before,” Kevin Strandberg said Friday. 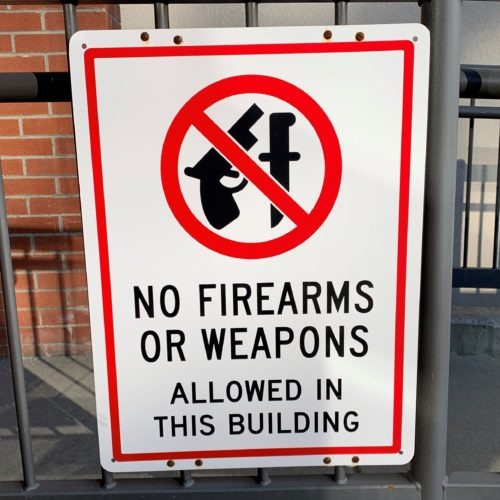 A gun ban at a popular music festival in North Idaho is splitting the community, leading to a lawsuit between Bonner County and its largest town, Sandpoint.
Continue Reading In Gun-Friendly Idaho, Dispute Over Sandpoint Festival Pits 2nd Amendment Against Property Rights