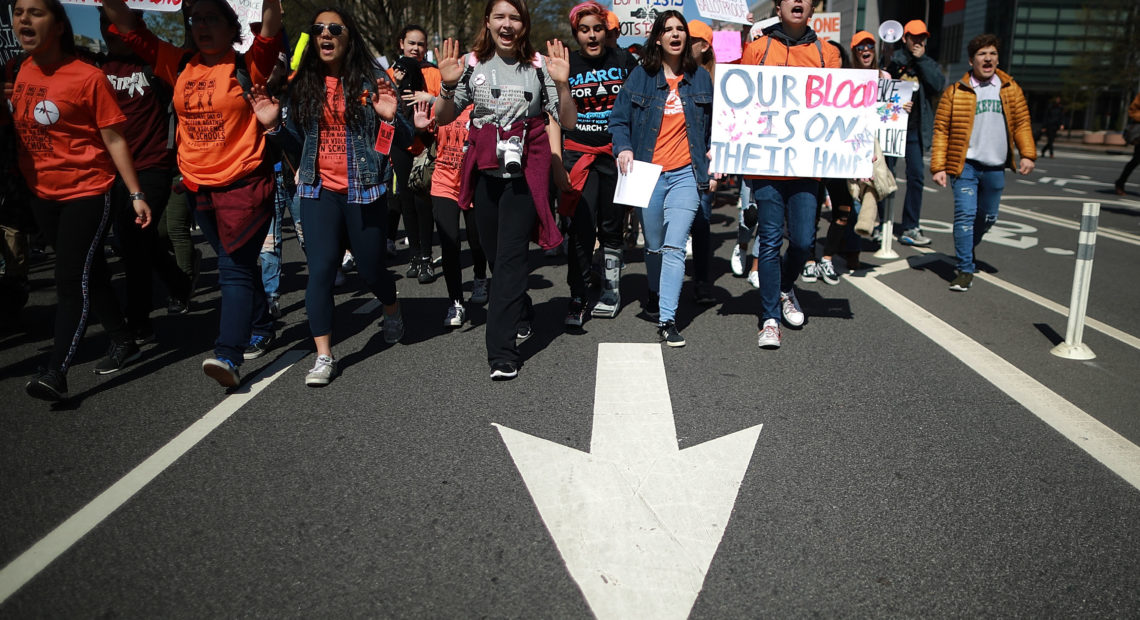 19 Years After Columbine, Students Walk Out To Shine Light On Gun Violence In Schools And Streets

At schools across the country today, students are getting up from their desks and walking out when the clock strikes 10 a.m. They’re participating in the National School Walkout, part of the movement that has taken hold among students to call for action to end gun violence.

It’s also been a little more than two months since the shooting at Marjory Stoneman Douglas High School in Parkland, Fla.

The walkout begins at 10 a.m. in each time zone, and organizers said that over 2,600 walkouts were planned – at least one in each state. In some places, students faced potential disciplinary action for participating.

In Washington, D.C. students gathered in front of the White House with signs. And at 10 a.m., they began the walkout with 19 minutes of silence, in remembrance of the Columbine massacre.

Then, with chants against the National Rifle Association, students began marching to the U.S. Capitol.

In Nashville, Tenn., students carried signs and marched to the city’s Public Square, near that state’s capitol.

At Butler High School in Matthews, N.C., a suburb of Charlotte, students gathered in the bleachers.

In Pittsburgh, students stood in silence in the city’s Market Square.

On Friday morning, Forest High School in Ocala, Fla., was placed on lockdown after a student there was shot in the ankle. Students there had been expected to take part in the walkout, but a school board member told CNN that the walkouts had been canceled district-wide after the incident.

At Alpine High School in West Texas, a small group of students took part in the walkout. The school was the site of a shooting in 2016, in which a freshman girl shot another student before turning the gun on herself.

Alpine students who participated in the walkout without being signed out by a parents “are facing 3 days of DAEP – a form of suspension – as well as losing National Honor Society status,” reports Marfa Public Radio’s Sally Beauvais.