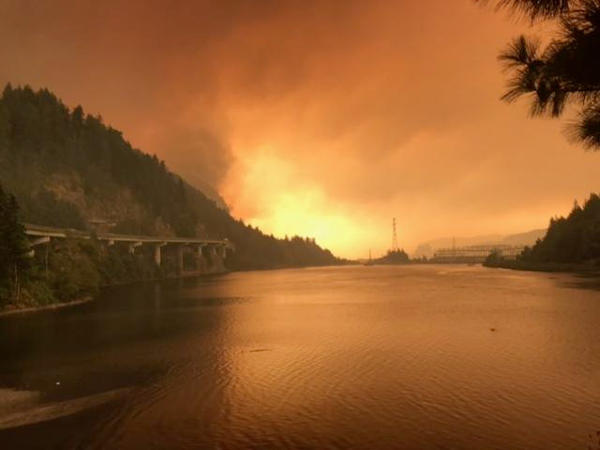 That’s why experts say people need to prepare before fires start. One big way to help: get an air filtration system.

Sarah Coefield is an air quality specialist in Missoula, Montana.

“Room air purifiers can make a really big difference,” Coefield said. “A room air purifier can help you create a safe space in your home or building where you have breathable air.”

Last summer was particularly smoky in the Pacific Northwest. Wildfire smoke drifted across the region from Portland to Seattle to east of the Cascade Mountains.

“I want people to go and get an air purifier with HEPA filtration as commonly as they would go and get a fan because it’s hot,” Coefield said.

Wildfire smoke is made up of what’s called fine particulate matter. Those particles are much smaller than the diameter of a human hair, and when you breathe them in, the particles can affect your heart and lungs. HEPA air filtration systems can remove those particles from the air.

The fine particulate matter is especially troublesome for people with conditions like asthma or COPD. It can be unhealthy for kids, senior citizens and pregnant women. Smoke can also cause problems for people who don’t know they have underlying conditions, and it can make healthy people feel sick.

“Even though the bulk of your population will have this [experience of], ‘Oh, smoke sucks,’ it can get very serious for a lot of people,” Coefield said.

It’s also unknown how wildfire smoke affects people in the long-term. It could cause respiratory problems for people in cold winter months, said Curtis Noonan, who studies epidemiology at the University of Montana.

“There’s reason to believe that exposures [to wildfire smoke] in the summer months that impact the body’s ability to fight infection, could have impact months later. But as you can imagine, it’s really going to be difficult to study that,” Noonan said.

When smoke is in the air, Coefield said you need to pay attention to any sort of respiratory problems and avoid over-exerting yourself.

Experts also suggest reducing other air quality problems in your house when it’s smoky outside. Coefield said you should avoid indoor activities like vacuuming or cooking on your stove-top.

“You have my permission to be a slob an order in. Just be like, ‘Hey, I’m protecting my health with this pizza,’” Coefield said.

But the best way to make sure your indoor air quality is healthy is to get a HEPA air filtration system. Coefield said the system should be able to handle the size of the room.

She said the sooner you can buy a filtration system, the better. They sell out and are backlogged during wildfire season.

“It’s a new way of looking at summer — because the traditional thought is that you just hunker down and then it’s better. But when it’s a month-and-a-half or two months, you can’t just hunker down. You need to have clean air to breathe,” Coefield said.

Note: Reporting for this story was done during a fellowship sponsored by the Institute for Journalism and Natural Resources.

Deforestation, climate change and the disturbances it can exacerbate – like wildfires, extreme droughts and insect outbreaks – are decimating old growth forests across the globe. That means forests worldwide are filling in with younger and shorter trees, according to a new study. Continue Reading Research From Northwest Scientists Shows Negative Climate Change Effects On Old Growth Forests 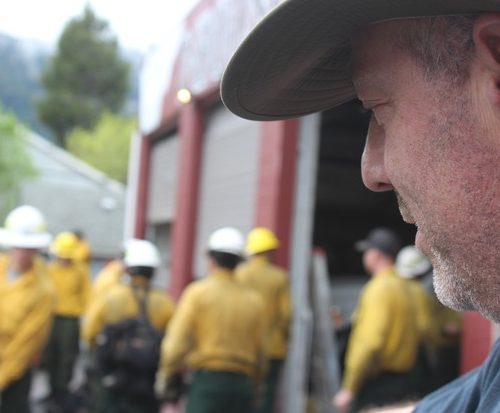 This year, fire camp could be as dangerous as the wildfires, and top Western managers are deep in planning how to make fire camps COVID-19 ready for fire crews. Hilary Franz is Washington’s commissioner of public lands. She says state, federal, tribal and local officials are trying to make fighting wildfires safe during a pandemic. Continue Reading Fire Camp Germ Spread Is Dicey In Normal Times. COVID-19 Could Rip Through Crews This Season

As the climate warms, fire seasons will get worse – that’s especially true for low-elevation ponderosa pine forests east of the Cascades. According to a University of Washington study published in the journal Fire Ecology, wildfires there will be larger and more frequent.
Continue Reading Northwest Fire Season Forecast: A Significant One, As Study Says People Should Prepare Long-Term