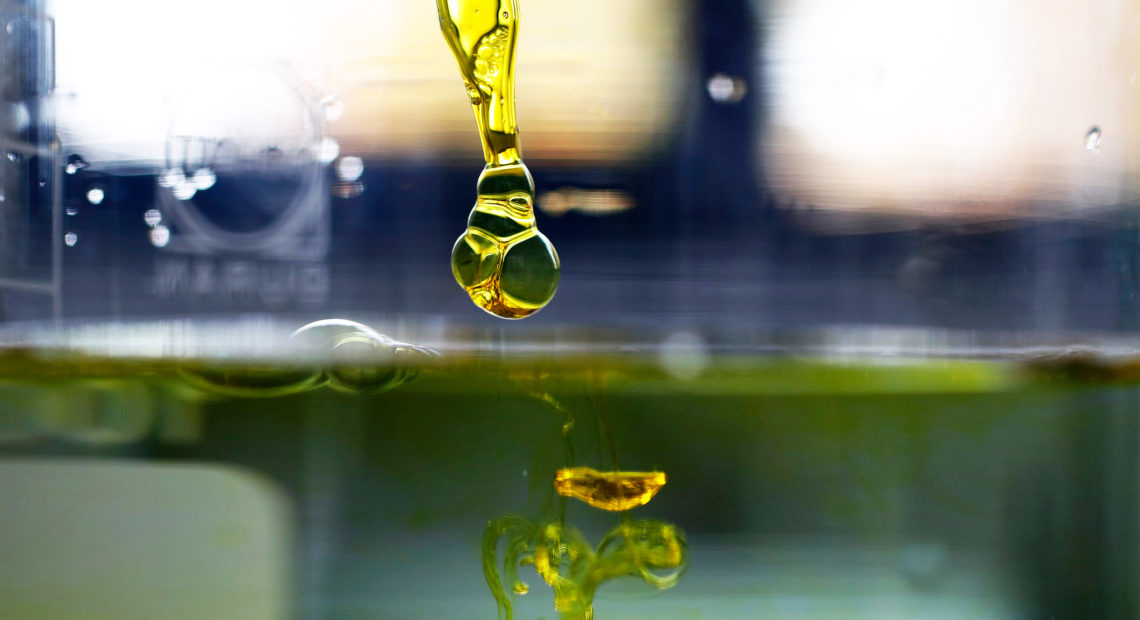 Anxiety Relief Without The High? New Studies On CBD, A Cannabis Extract

PHOTO: A sample of cannabidiol (CBD) oil is dropped into water. Supplements containing the marijuana extract are popular and widely sold as remedies for a variety of ailments and aches. But scientific evidence that they work hasn’t yet caught up for most applications, researchers say. CREDIT: STEFAN WERMUTH

It’s marketed as a compound that can help relieve anxiety — and, perhaps, help ease aches and pains, too.

Part of the appeal, at least for people who don’t want to get high, is that CBD doesn’t have the same mind-altering effects as marijuana, since it does not contain THC, the psychoactive component of the plant.

“My customers are buying CBD [for] stress relief,” says Richard Ferry, the retail manager of Home Grown Apothecary in Portland, Ore., where recreational marijuana use is legal under state law, with some restrictions.

Another rationale Ferry’s heard from clients about their CBD use: “Their mother-in-law is in town, and they just want to chill out!”

“CBD has gotten a lot of buzz,” Ferry says, as he displays an array of CBD products, including capsules and bottles of liquid CBD oil that users dispense under the tongue with a dropper.

By one estimate, the CBD industry has doubled in size over the last two years, and is now worth $200 million. But with this popularity the hype may have gotten ahead of the science. 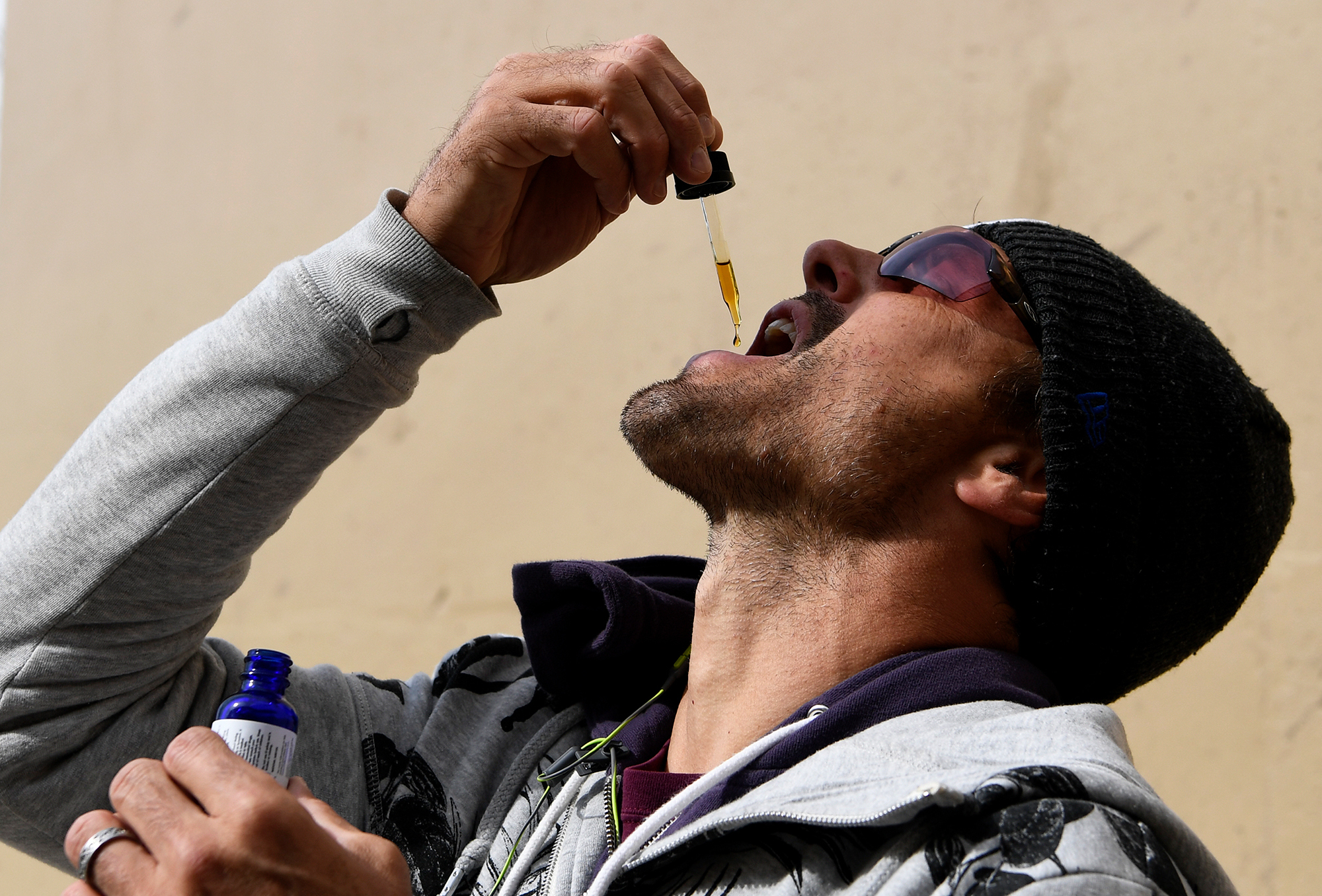 Former Denver Broncos quarterback Jake Plaummer takes a dose of cannabidiol in Colorado in 2016. CBD oil, often dispensed under the tongue with a dropper, has been regulated as a supplement in the U.S., not a medicine. So strength and purity may vary from brand to brand, or even bottle to bottle, scientists say. CREDIT: AARON ONTIVEROZ

“There’s a lot of confusion about how it [CBD] works and what it does exactly,” Ferry says.

Researchers now are trying to nail down CBD’s effects.

“I think there’s good evidence to suggest that CBD could be an effective treatment of anxiety and addiction” and other disorders, says Dr. Esther Blessing, a psychiatrist and researcher at New York University. “But we need clinical trials to find out.” 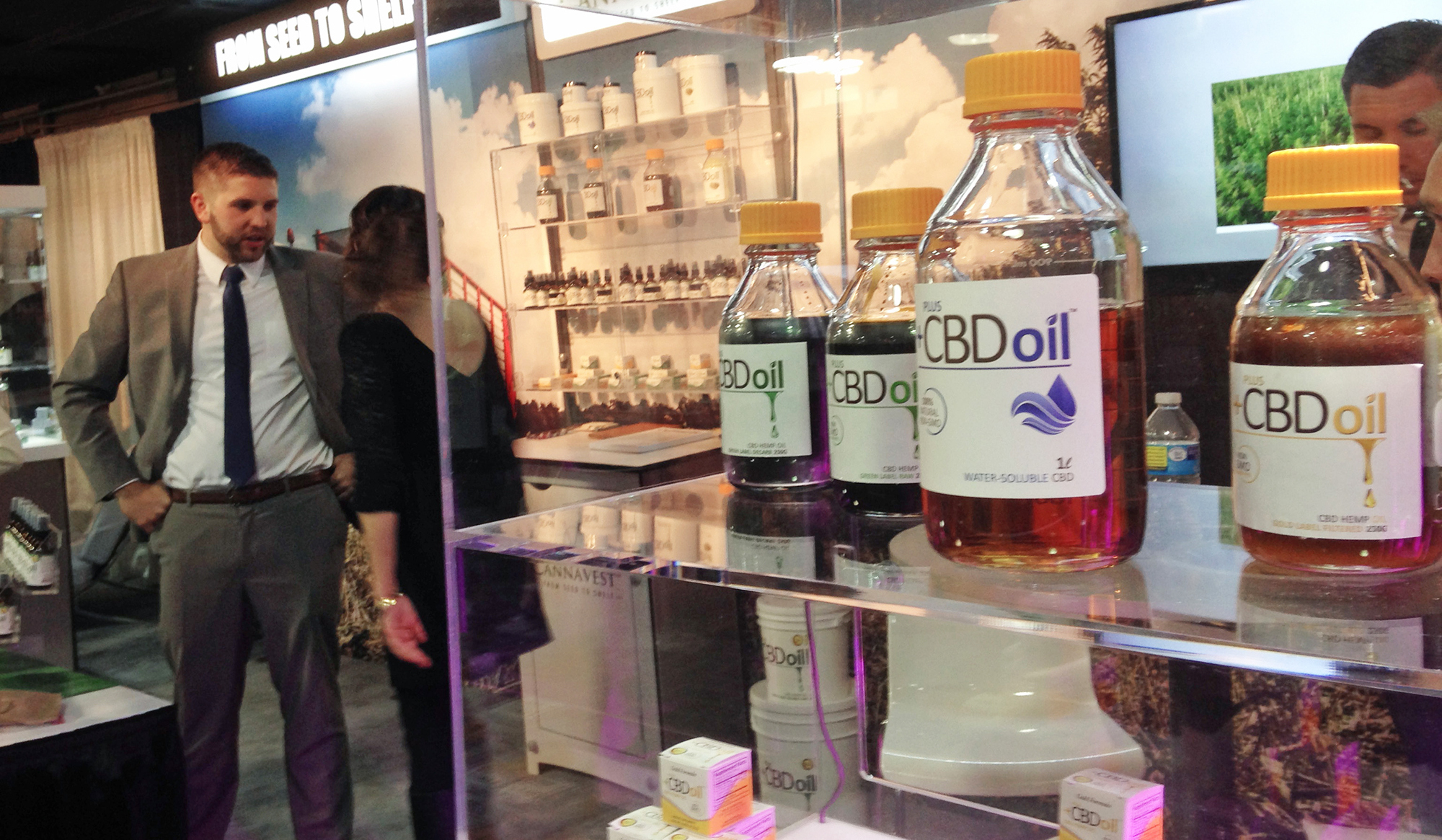 These preliminary findings piqued Blessing’s interest. For instance, she points to a 2011 study of a few dozen people, some of whom had social anxiety disorder, who were asked to speak in front of a large audience. Researchers compared anxiety levels in people after they took CBD, compared to those who got the placebo or nothing at all. (The participants didn’t know if they’d been given the drug or the placebo.) 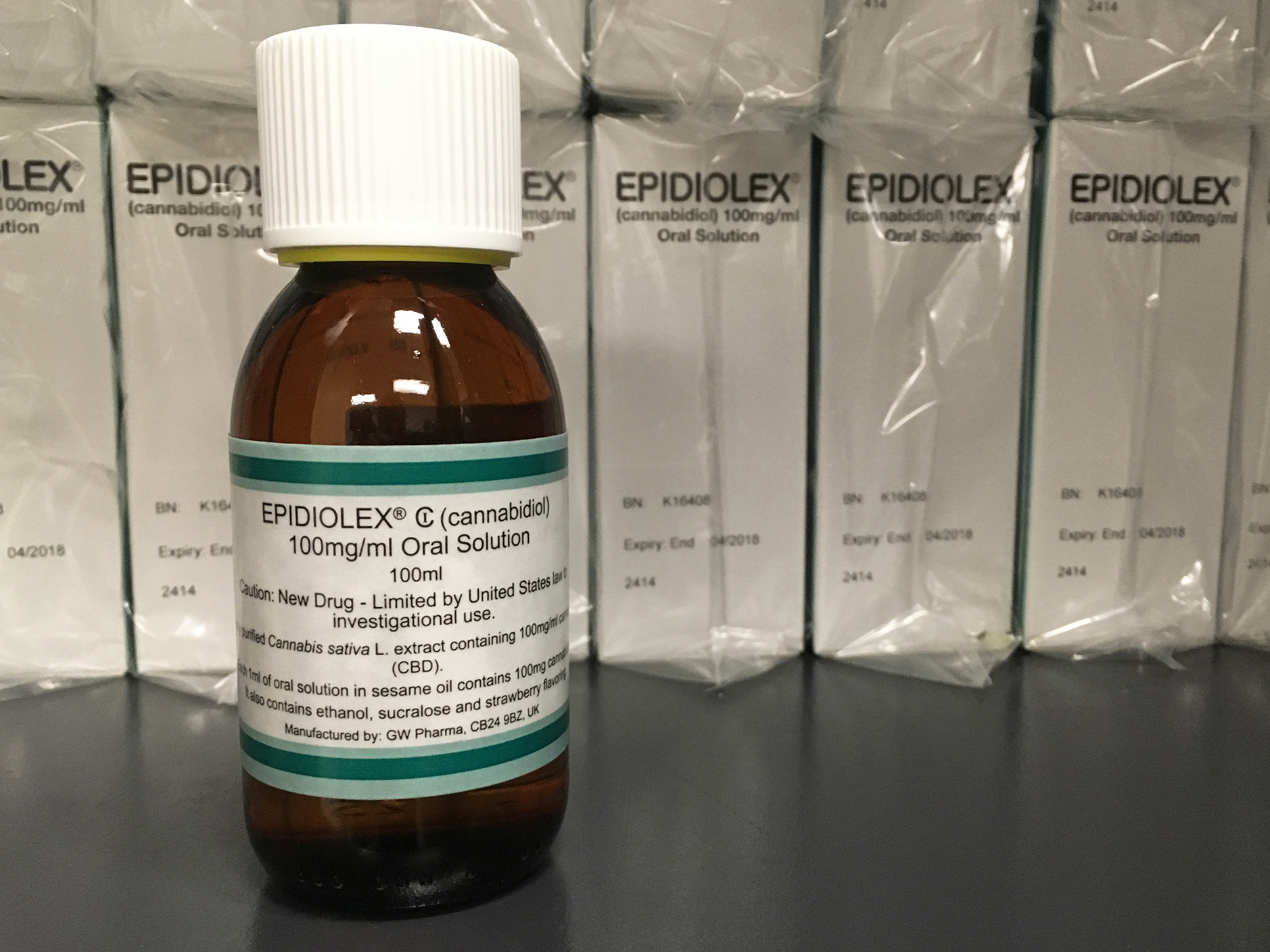 And what did the scientists find? “People who took CBD reported significantly less anxiety” compared to those who got the placebo, Blessing says. “It’s really interesting.”

Now, with funding from the National Institutes of Health, Blessing and group of collaborators are about to begin a clinical trial to test whether CBD can help people with post-traumatic stress disorder who also have moderate or severe alcohol use disorder.

During the study, 50 participants with PTSD coexisting with alcohol use disorder will be given either 400 milligrams of CBD daily, or a placebo. The goal is to see if the participants who take CBD end up drinking less and whether this leads to an improvement in PTSD symptoms. The participants will be given a pharmaceutical-grade CBD, which is more reliable in strength and purity than the supplements that are currently available for sale to the public.

Another Phase 2 clinical trial (to test efficacy and side effects) is exploring whether CBD might help prevent relapse in opioid abusers by reducing craving for the drug. The study’s led by Yasmin Hurd, a neuroscientist who directs the Addiction Institute at the Mount Sinai School of Medicine.

Hurd has been trying to rally other top scientists to study CBD’s effects and potential benefits in the treatment of substance abuse.

It may seem counterintuitive that a component of marijuana could be useful in treating addiction to another drug. But Blessing says using CBD is very different from using marijuana. Though CBD is extracted from cannabis, it does not lead to altered perception and cognition.

Results from Blessing study are a few years off. But in the meantime, just last week, a panel of advisors to the Food and Drug Administration recommended approval of the first pharmaceutical grade CBD, called Epidiolex, to treat severe seizure disorders in children. This could open the door to more research to approve its use in other disorders.

Dr. Robert Carson is a pediatric neurologist at Vanderbilt University who has evaluated the effectiveness of CBD supplements in kids with seizures. He says the supplements can be beneficial for these children. However, he says, if the FDA follows its advisory panel’s advice and approves a pharmaceutical-grade CBD drug, that would open up a new treatment option by delivering a high-quality, consistent dose of CBD.

“One of the main caveats I tell my patients who use a CBD supplement is that we cannot guarantee what’s in it,” Carson explains. “We can’t guarantee the consistency.”

Supplements aren’t regulated as strictly as pharmaceuticals, and can vary widely from bottle to bottle or brand to brand.

Even if you live in a state where marijuana use is legal, the federal Drug Enforcement Administration still classifies the CBD extract as a Schedule 1 substance — the DEA’s most restricted category. According to the agency, “Schedule I drugs, substances or chemicals are defined as drugs with no currently accepted medical use and a high potential for abuse.”

Proponents of CBD’s use in treating medical conditions and ailments hope the findings of studies now underway will help change that thinking about its legal classification — and its potential benefits.