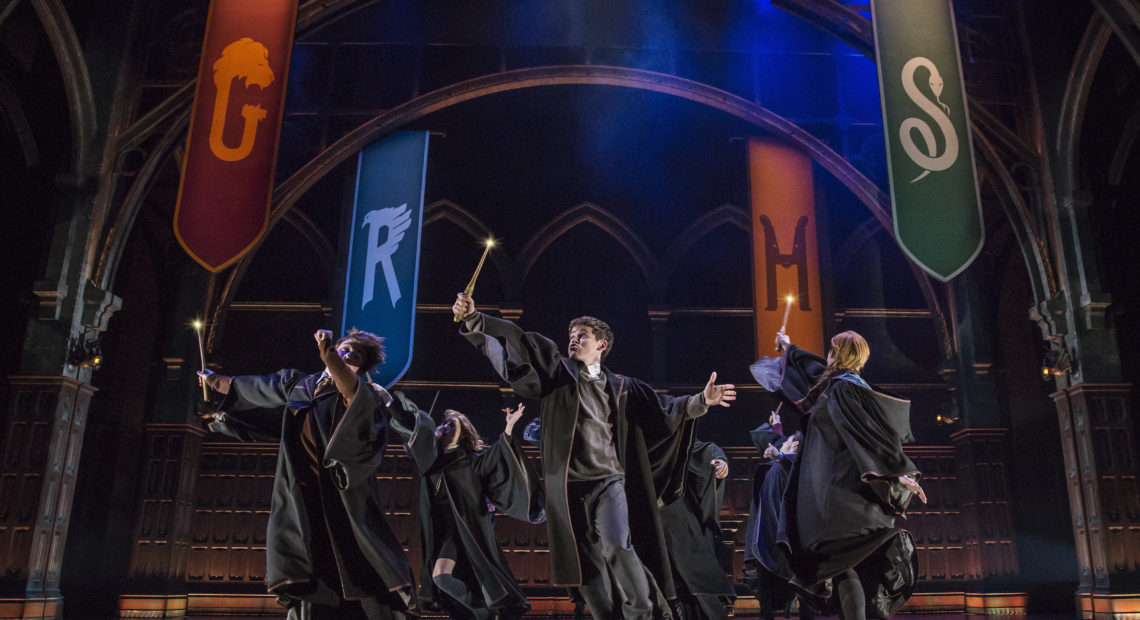 Muggles Rejoice: ‘Harry Potter And The Cursed Child’ Is Now On Broadway

The most expensive play in Broadway history opened Sunday night. Harry Potter and the Cursed Child cost $33.5 million, runs five and a half hours long (in two parts), and has gotten rave reviews. But while it has plenty of special effects, it’s actually designed for audiences to use their imagination.

“You don’t need millions of dollars to stage a CGI-fest,” says actor Jamie Parker. He plays a grown-up Harry Potter in a story that picks up where the last novel left off, with Harry sending his son off to Hogwarts.

Producers aimed to seduce the audience into seeing what the director wanted them to see, so suitcases become seats on the Hogwarts Express, and a young actor becomes an adult with the help of Polyjuice Potion and a big cloak. Many of the tricks are simple stage illusions, or “rough magic,” as director John Tiffany calls them. 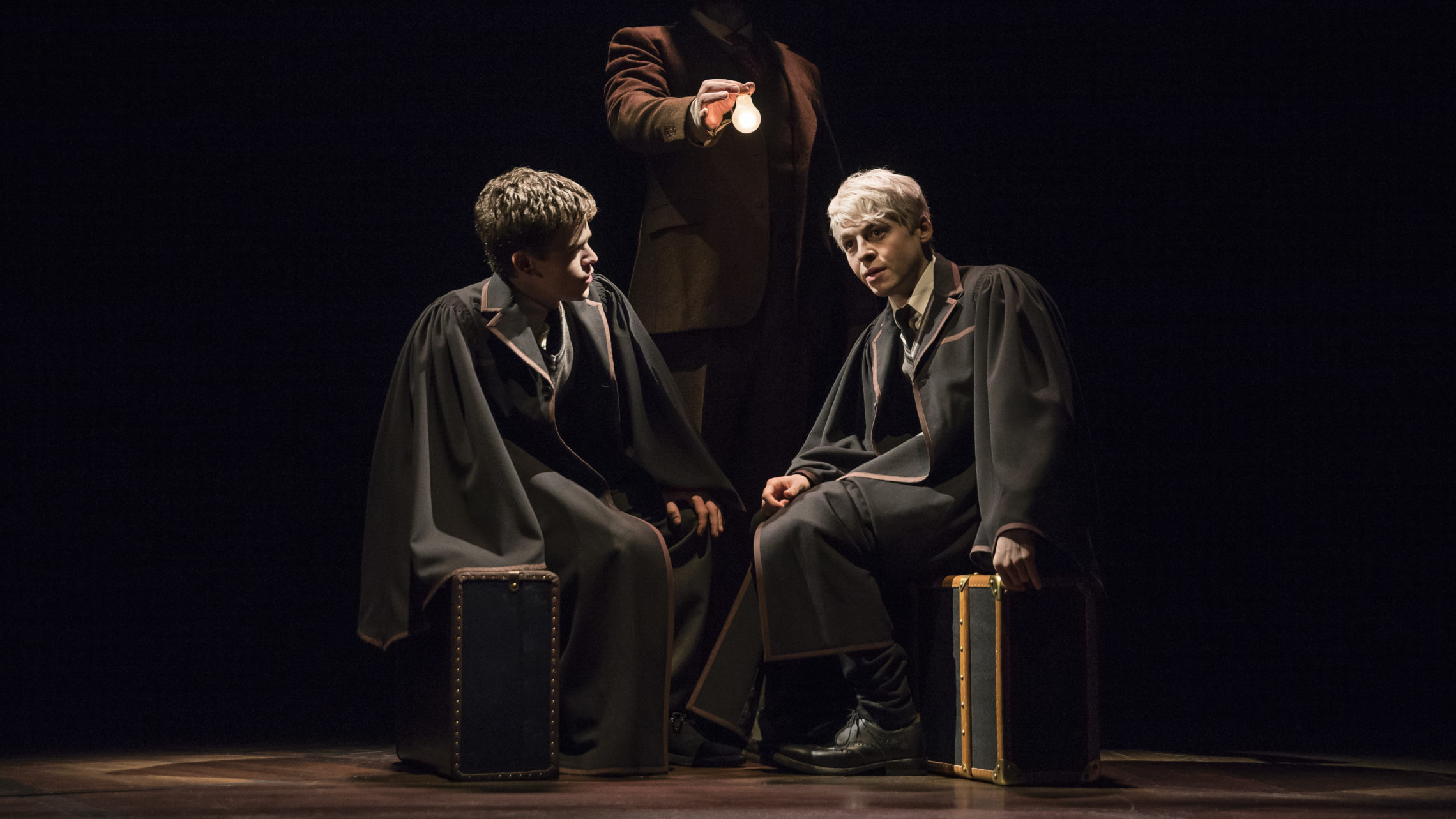 “I could just smell the fact that cloaks and suitcases were going to tell our story beautifully,” Tiffany says. “And I loved the idea that we were doing things that kids could also do at home when they do their version of the story.”

Jack Thorne, who wrote the play, is thrilled by this approach.

He says, “My favorite moment in the play has no dialogue in it, sadly. And it’s a staircase dance, and you just see two boys and two staircases, and the staircases are openly being pushed around by members of the company. Everyone can see what’s happening onstage, there’s no pretense about it. And you see the staircases and the boys interact in an emotionally significant way that tells the story of what’s happening to these kids.”

Cursed Child is an original play, not a stage adaptation. (Author J.K. Rowling consistently rejected overtures to adapt her novels.) “She decided that this should be called the eighth ‘story,’ ” Tiffany says, “and that it should be classed as canon and in some ways this would be her last word on Harry Potter as a character.” 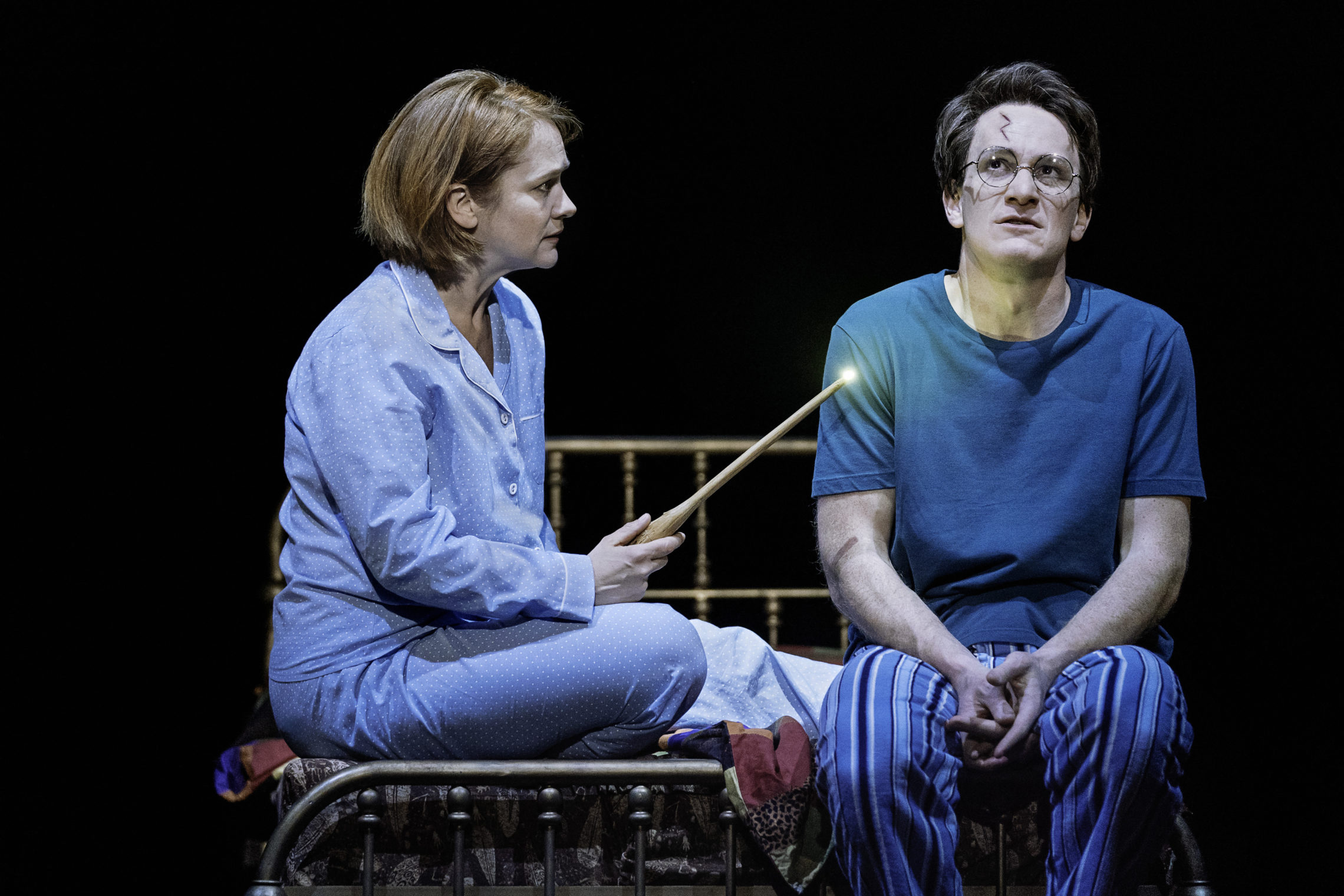 Tiffany, Thorne and Rowling collaborated on the story, which the producers have gone to great lengths to protect. They won’t release any scenes to the media, and audiences are given buttons that say #KeeptheSecrets. (Actor Jamie Parker had to sign a nondisclosure agreement when he got hired to do a reading.) But the script is available in bookstores and, at this point, pretty much anyone who cares knows what the play is about.

Tiffany says it’s as epic as the books, and insists he never worried it couldn’t be staged. “I absolutely believe and know that theater can do anything. If you harness the audience, and if you ask just enough of them, and if they’re willing to come with you, then they will make believe that anything is happening.”

As for the producers, they believed Harry Potter’s immense popularity would bring in new theater audiences. Producer Sonia Friedman says, “In our first couple of years in London, over 60 percent of our audience [were] first-time theatergoers.”

That sounds a lot like 9-year-old Domenic Simionetti, who attended a recent matinee (his first play) with his mom. He wore a cloak, just like Harry Potter.

Tom Cole edited this story for broadcast. Nicole Cohen adapted it for the Web.