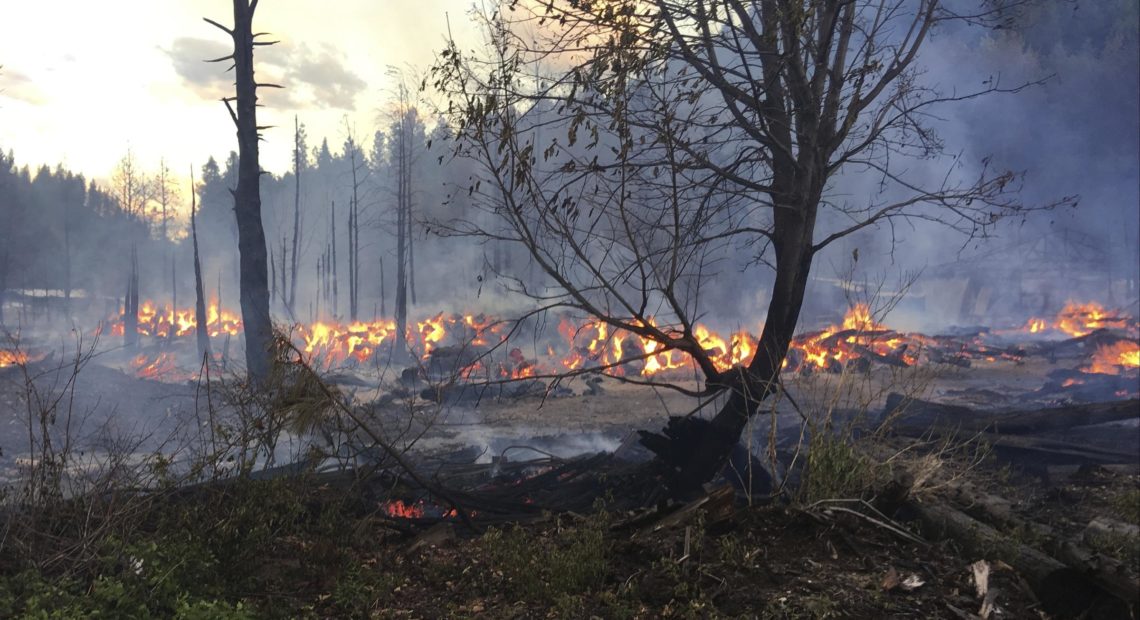 This Is ‘New Normal’ For Wildfire Season, Says Washington Dept. Of Natural Resources

Wildfire season used to start in mid-June, say state officials coordinating the response. Now they’re already out fighting wildfires in April, even in places west of the Cascades.

“A lot of people might just still feel like it finally just stopped raining and the snow is finally melting in certain places. But the reality is we had a 300-acre fire just last week in Okanogan County,” Franz said.

And on the west side of the Cascades, which is much cooler and wetter than eastern Washington, the Deaprtment of Natural Resources, deployed several crews and a helicopter with a bucket Tuesday night, confirms DNR’s state fire operations chief, Aaron Schmidt.

“Several crews. For at least the first operational hour of the fire, we did have some structures that were threatened. No structures were lost and we contained the fire, at just over 8 acres,” he said.

That’s not a very big blaze, but there are lots of little fires springing up all over the state. Schmidt says these are mostly in isolated patches that didn’t get much rain.

He says there’s a new normal, compared to 20 years ago. Back then, he remembers when the rain continued to suppress the fire season, sometimes all summer long.

“A normal fire season for us now is busy.  It’s a busy fire season. We’ve got all assets engaged on fires. We’re tracking, anticipating, predicting new fires. I can tell you already with the fire activity we’ve seen in both eastern and western Washington, it’s going to be a busy fire season,” Schmidt said.

But the state has interagency partnerships with Oregon and British Columbia. Those kept Washington’s firefighters very busy last year, despite relatively low fire activity at home. And the 20-year strategic plan that DNR is working on right now relies on more cooperation among agencies affected by wildfires, such as the National Guard and the U.S. Forest service.

“It’s my belief that more and more, we’re going to be relying on every single entity that is on the fire line and is called upon to fight fires,” Franz said. “The more we can be doing that coordination and collaboration and building the fire team for the future, the more effective we will be.”

She says the 20-year timeframe is much longer than prior plans. Also new is the attempt to recognize the changing nature of wildfire. It includes a forest health plan and Franz says aims to reduce the potential for catastrophic blazes, despite increasing pressures from population and climate change.