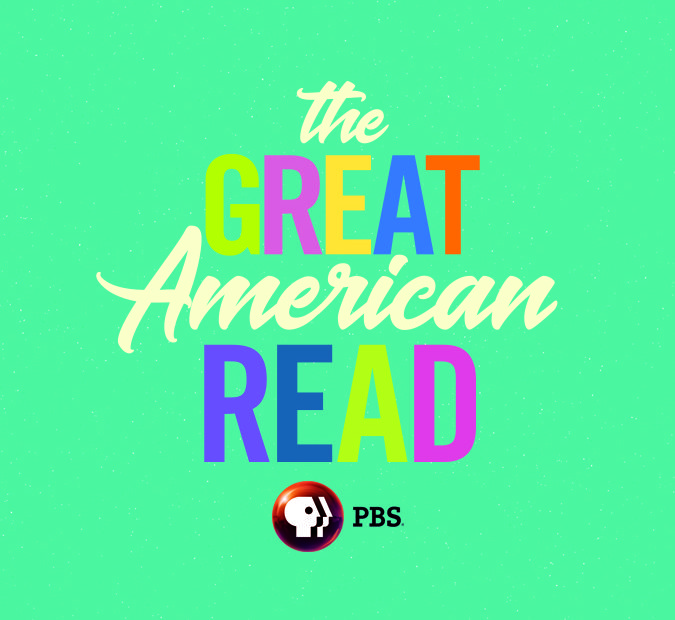 PBS has unveiled a list of America’s 100 best-loved novels as part of The Great American Read, a new PBS series and multi-platform initiative that celebrates the joy of reading and the books we love. The Great American Read, hosted by television personality and journalist Meredith Vieira, launches with a two-hour episode on Tuesday, May 22, 2018, at 8 p.m. on KTNW and other PBS stations. The first episode will introduce viewers to the full list of America’s 100 favorite novels selected through a demographically representative national survey.

Northwest Public Broadcasting is playing a role in The Great American Read. Here are just a few of the things that have been planned for you:

These are just some of the local highlights to look forward to during The Great American Read. Of course we’ll share all that PBS and other local stations have to offer. We can’t wait to get started and hope this summer is filled with books, family conversations and learning.

Voting will open with the launch of the two-hour premiere episode on May 22 on KTNW and continue throughout the summer, leading up to the grand finale in October 2018. Over the summer, everyone will be able to vote at pbs.org/greatamericanread and via Facebook and Twitter using #GreatReadPBS.

The chosen books span five centuries, from Don Quixote (1603) to Ghost (2016). Authors from 15 different countries are represented and genres range from beloved children’s classics such as Charlotte’s Web to modern best-sellers such as Twilight.

Below is the full list of America’s 100 favorite novels:

1984
Hatchet
A Confederacy of Dunces
Heart of Darkness
A Game of Thrones
The Help
A Prayer for Owen Meany
The Hitchhiker’s Guide to the Galaxy
A Separate Peace
The Hunger Games
A Tree Grows in Brooklyn
The Hunt for Red October
The Adventures of Tom Sawyer
The Intuitionist
The Alchemist
Invisible Man
Alex Cross Mysteries**
Jane Eyre
Alice’s Adventures in Wonderland
The Joy Luck Club
Americanah
Jurassic Park
And Then There Were None
Left Behind
Anne of Green Gables
The Little Prince
Another Country
Little Women
Atlas Shrugged
Lonesome Dove
Beloved
Looking for Alaska
Bless Me, Ultima
The Lord of the Rings**
The Book Thief
The Lovely Bones
The Brief Wondrous Life of Oscar Wao
The Martian
The Call of the Wild
Memoirs of a Geisha
Catch-22
Mind Invaders
The Catcher in the Rye
Moby Dick
Charlotte’s Web
The Notebook
The Chronicles of Narnia**
One Hundred Years of Solitude
The Clan of the Cave Bear
Outlander
The Coldest Winter Ever
The Outsiders
The Color Purple
The Picture of Dorian Gray
The Count of Monte Cristo
The Pilgrim’s Progress
Crime and Punishment
The Pillars of the Earth
The Curious Incident of the Dog in the Night-Time
Pride and Prejudice
The Da Vinci Code
Ready Player One
Don Quixote
Rebecca
Doña Barbara
The Shack
Dune
Siddhartha
Fifty Shades of Grey
The Sirens of Titan
Flowers in the Attic
The Stand
Foundation
The Sun Also Rises
Frankenstein
Swan Song
Ghost
Tales of the City
Gilead
Their Eyes Were Watching God
The Giver
Things Fall Apart
The Godfather
This Present Darkness
Gone Girl
To Kill a Mockingbird
Gone with the Wind
Twilight
The Grapes of Wrath
War and Peace
Great Expectations
Watchers
The Great Gatsby
The Wheel of Time**
Gulliver’s Travels
Where the Red Fern Grows
The Handmaid’s Tale
White Teeth
Harry Potter**
Wuthering Heights