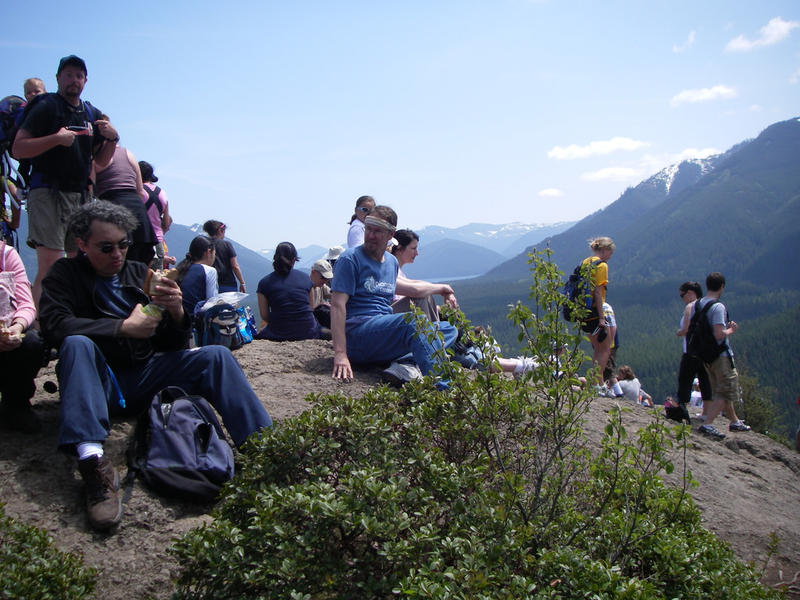 At 2 o’clock on a recent Friday afternoon, the parking lot at the Mailbox Peak trailhead was almost full. This much was to be expected: Mailbox is a popular hike in the Middle Fork Valley, just outside of North Bend.

“I was just glad we got a parking spot,” Jason Gobin, a member of the Tulalip Tribes and their fish and wildlife director, said.

But, when Gobin was a kid, the Middle Fork Valley wasn’t like this. It didn’t have a paved road or fancy outhouses. And there weren’t many hikers. Back then, Gobin and his uncles hunted elk and bears on these lands.

A listener recently wrote to KUOW to ask whether more people are using Washington state’s public lands. Any way you slice it, the answer is yes. More people are buying Discover passes, hiking Washington’s trails, and staying at campgrounds.

And, yes, hikers are feeling squeezed by the newfound congestion—but so are the tribes with treaty rights to hunt and gather.

As a teenager, Gobin’s uncles relied on him to haul animals they hunted in the woods back to their truck. It’s easy to picture him packing a deer on his back; Gobin is so tall my arm got tired holding my mic up towards him.

But Gobin said he hasn’t been hunting in the Middle Fork Valley since the 1990s.

“This is an example of an area that just basically got overrun, and now nobody goes up here and really hunts anymore,” he said. “It’s become harder and harder to find areas where you can truly hunt.”

The Tulalip and 20 other tribes in the Puget Sound area have a treaty with the U.S. government that protects their rights to hunt and gather on “open and unclaimed lands.”

When the treaty was signed back in 1855, there were fewer than 12,000 people in all of Washington. Today, there are more than 7 million.

That means the people who signed the treaty thought they were preserving access to sparsely populated lands chock full of huckleberries, elk, and cedar trees.

But, today, Washington’s “open and unclaimed lands” are small, shrinking, and crowded.

“What I’m talking about is displacement,” Libby Nelson, of the Tulalip Tribe’s treaty rights office, said. “When you and I want to hike and it’s too crowded, we go somewhere else. But, you know, tribes’ treaty rights are place-based, and they don’t have the option of moving out when things get too crowded.”

Definitions of “open and unclaimed lands” vary, but pretty much everyone agrees it includes Forest Service land.

In the Pacific Northwest, sales of Forest Service recreation passes have increased by about 50 percent over the past decade.

“Right now where we’ve landed is we don’t know if we’re going to be able to solve this problem,” Martie Schramm, the Snoqualmie District Ranger for the Mt. Baker-Snoqualmie National Forest, said.

A nearby district has set aside an area for the Tulalip to gather huckleberries and hold tribal activities. And, beyond setting aside pieces of National Forest for tribal use, the Forest Service consults with tribes before building new roads or trails.

It also helps if everyone just shows a little respect, Schramm said.

“Be aware of how important an area is and how sacred an area is to many of the tribal members who live around here,” she advised. “Nothing drives me more nuts than when I’m out hiking and I come across somebody with their earbuds in and their music turned up really loud.” 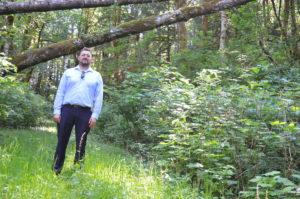 As for Gobin, he says he doesn’t go bear-hunting anymore, and not just because of overcrowding.

“My wife doesn’t allow me to anymore,” he admitted. “She likes bears, so it’s like, ‘Okay, I guess I can’t do that anymore.’”

But Gobin does still hunt deer, elk, and birds. And now he’s the uncle bringing the next generation out to the woods.

“I’m getting old enough to where I got all my little young nephews,” Gobin said. “Throwing them in the back of the truck, telling them all the stories—and, you know, teaching them how to … pay homage to animals for the sacrifice if you are hunting.”

Gobin hopes that, with a little planning, future generations can still feel that connection to their food. 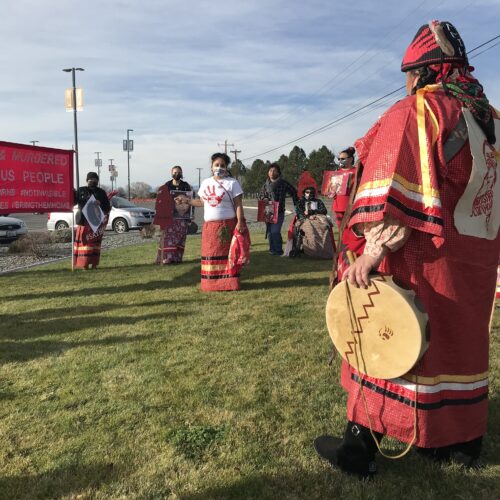