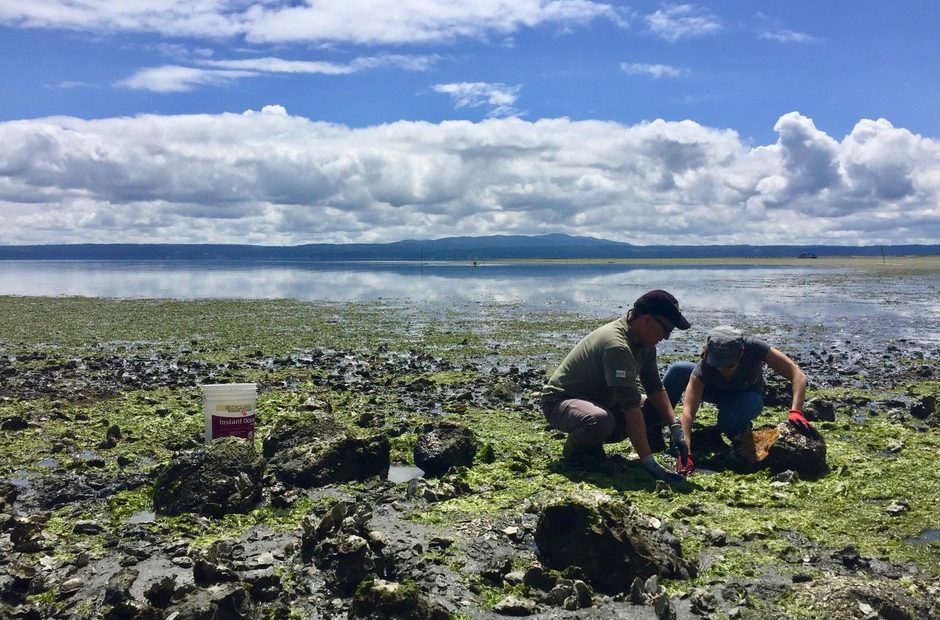 You know that expression, “Leave no stone unturned?”

Standing on the rocky, oyster-covered shoreline of Hood Canal, she rolled over a beach-ball sized rock to reveal a small pool of water just barely covering two fish.

“Oh yeah! Another female,” she said. “And then there’s the male right there.”

Because it’s low tide, some of the fish she and her research partner Joe Sisneros uncovered aren’t in any water at all.

That makes this area prime fishing grounds for the researchers, who say the ears of these fish could teach us how to improve our own hearing. 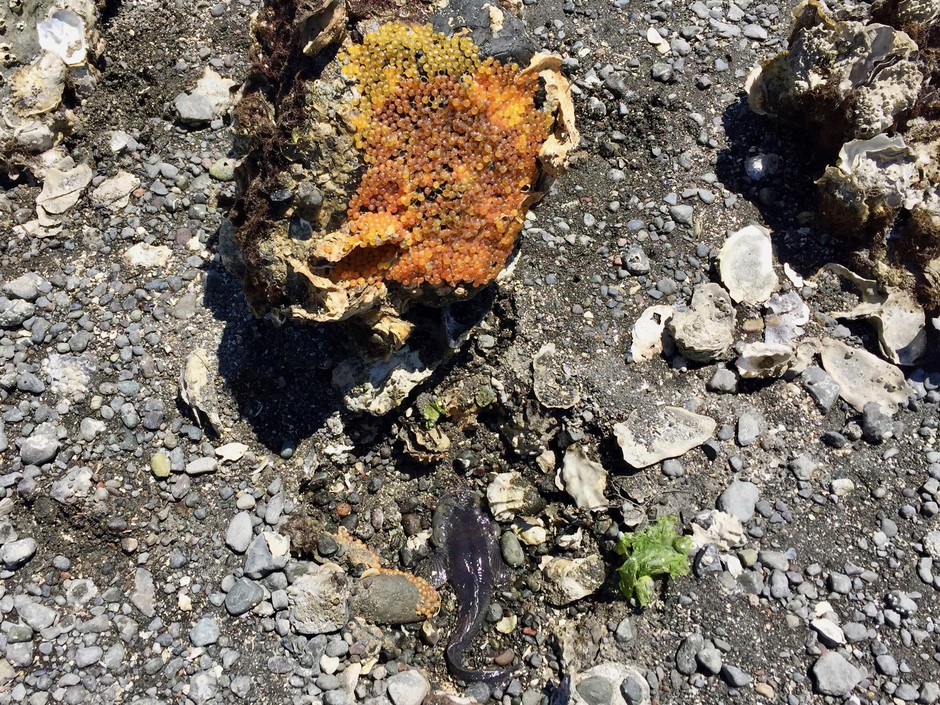 By turning over rocks on the shore of Hood Canal, researchers uncover midshipman fish and their eggs. During low tide, these fish survive in little to no water. CREDIT: CASSANDRA PROFITA

Sisneros, a University of Washington neuroscientist, picked up a male fish to point out the pattern of white spots on its belly. Its spots glow in the dark, and they look a bit like the buttons on a midshipman’s naval uniform – hence, the name.

As the fish struggled to free itself from his grasp, it made a noticeable buzzing sound.

“Hear him? That was a series of grunts,” Sisneros said. “He’s mad.”

And grunting is just the beginning of the sounds this fish can make.

“When it gets dark, they start to sing,” Coffin said. “It’s a hum. There isn’t a lot of variety to it. They only know one note. I guess it could be more like monks chanting in a way.” 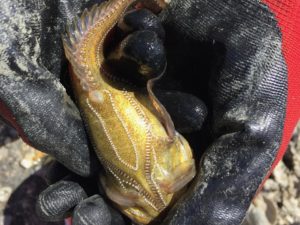 The photophores on the underside of the midshipman fish glow in the dark, and their pattern looks like the buttons on the naval uniform of a midshipman. CREDIT: CASSANDRA PROFITA

As the males are singing, the females pick a nest to release their eggs into. The bright orange eggs stick to the undersides of the rocks. So if a female has visited a male’s nest, you can see the eggs by simply lifting the rock off the shore at low tide.

On their recent trip, the researchers were looking for females in particular because they wanted to know more about what’s going on inside their ears as they’re picking their mates. At one point, Coffin found two females in one male’s nest.

“So, this guy right here is apparently a stud,” she said.

Sisneros said scientists have discovered that the females’ hearing improves dramatically during the mating season, and they think they know why.

“One of the questions we want to look at is how do the females find the studs and avoid the duds, right?” he said. “These females are probably not assessing males based on vision. They can’t see them at night. We think they’re actually assessing the quality of the song.”

Learning how is the focus of this research.

“We want to take the ear from the fish, keep the ear alive in a culture dish and then manipulate the genes,” Coffin said.

If they can identify which genes are changing to boost the females’ hearing, they might be able to mimic that process in human ears.

At her lab in Vancouver, Washington, Coffin dissects the ears of the female fish for a closer look at the genes that control hearing cells.

Fish are constantly making new hearing cells as they lose old ones.

“Unlike us, where we lose them and that’s it, these fish can continue to make new ones,” she said. 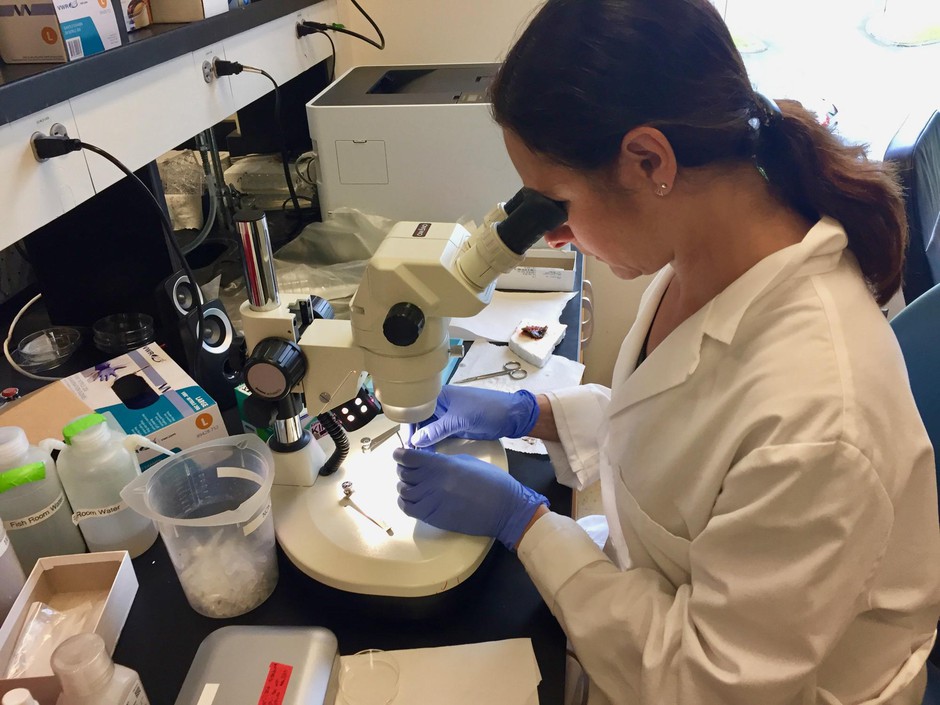 In the midshipman fish, Coffin thinks estrogen may be helping the females to generate – or protect – more hearing cells than they’re losing.

But she needs to know which genes are making that happen and whether those genes could do something similar in our own ears.

Ultimately, she’s looking for ways to turn those genes on in people using drugs or gene therapy. The first step is to compare the ears of the fish she finds in the winter with the ones mating under rocks right now.

Somewhere under the rocks in Hood Canal, she may find the secret to protecting people’s hearing cells or even regenerating the ones we’ve lost.

“Nature is doing something really interesting in changing these fishes’ hearing seasonally,” Coffin said. “We’re learning about nature, but we’re also learning something we can apply to our own hearing.” 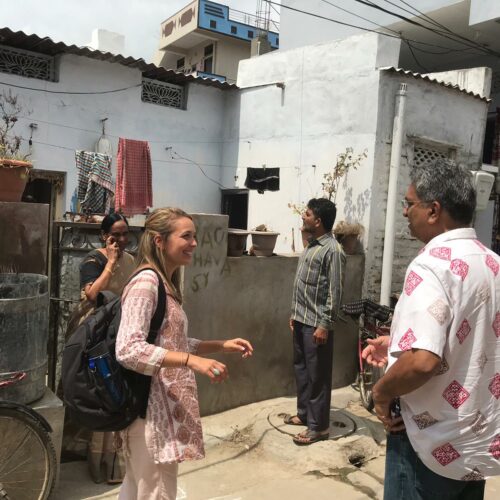