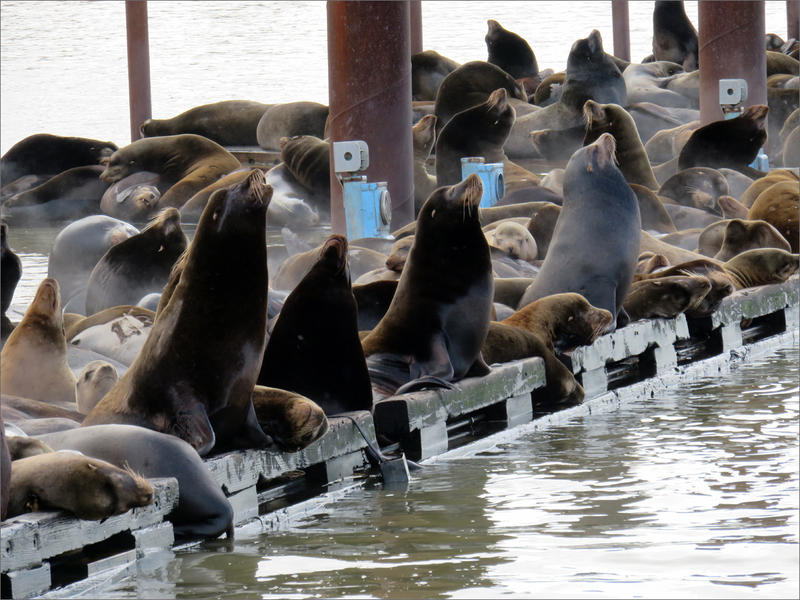 Should We Kill Sea Lions To Save Northwest Salmon? Congress Is About To Decide

In a clash of protected species, Pacific Northwest members of Congress are coming down in favor of salmon. The U.S. Senate Commerce Committee is scheduled to vote Thursday morning to make it easier to kill sea lions who feast on Columbia and Willamette River salmon and steelhead.

A wide majority of the U.S. House has already voted to raise the limit for how many sea lions can be killed below Bonneville Dam and Willamette Falls. Now a companion bill in the Senate is gaining steam. It’s very similar in giving state and tribal wildlife agents more latitude to kill the nuisance predators in the river system.

Sea lions gather each winter and spring below the Bonneville Dam fish ladders to intercept salmon moving upriver to spawn.

“Salmon consumption at the Bonneville Dam is five times what it was five years ago, and threatened and endangered species of salmon are being damaged by sea lions in the Columbia River,” Risch said in a statement.

Lately, there’s increasing concern about additional sea lions that have discovered a veritable buffet at the foot of Willamette Falls. Their appetites could doom Willamette River winter steelhead to extinction.

Congressional action has backing from across the political spectrum including from the Northwest’s governors, area tribes, fishing groups and newspaper editorial boards. A common thread in the arguments is that stronger intervention is needed against hungry sea lions.

“No one wants to harm these great marine mammals, but effectively dealing with a small fraction of the healthy sea lion population is preferable to losing unique and irreplaceable species of salmon,” wrote Govs. Butch Otter, Kate Brown and Jay Inslee in a joint letter to the Northwest House delegation earlier this year.

Major environmental groups are sitting this one out, leaving it to a handful of animal rights activists to argue that the sea lions are being unfairly scapegoated.

”This misguided and indefensible bill sets a dangerous precedent for marine mammals and their management in the U.S. and fails to tackle the greater and more pressing issue: Human-caused threats to endangered salmon, such as habitat degradation and commercial fishing,” said Naomi Rose, a marine mammal scientist with the Animal Welfare Institute, in a prepared statement.

An authorization letter from NOAA Fisheries currently allows wildlife managers from Oregon, Idaho and Washington to trap and euthanize up to 92 California sea lions per year in the Columbia River system. Trapping and removal data posted online by the U.S. Army Corps of Engineers indicates the number of death sentences meted out has never exceeded more than 59 in one year, a high set in 2016.

California and Steller sea lions are covered under the federal Marine Mammal Protection Act. However, California sea lions are not an endangered species. In fact, they are so abundant that some biologists consider them to have reached the carrying capacity of the West Coast environment.

“Removing the relatively few sea lions necessary to reduce the immediate risk to salmon and steelhead at Bonneville Dam will have no impact on the California sea lion population,” the U.S. Army Corps stated on its sea lion management web page.

Steller sea lions in the Columbia River come from a population segment that was taken off of the federal government’s threatened list in late 2013. That means they could be managed as aggressively as California sea lions are now, if state wildlife agencies elect to do so.

Spotters at Bonneville Dam compile a list of sea lions seen circling and snacking at the base of the dam. Repeat offenders are branded. If a nuisance individual doesn’t respond to non-lethal deterrence such as firecrackers or rubber buckshot, a California sea lion can be put down by lethal injection.

The existing requirements for documentation of detrimental behavior by specific individuals are a major limiting factor on how many sea lions receive death sentences.

The pending congressional bills replace those requirements with a blanket presumption of guilt for sea lions feeding in the vicinity of Bonneville Dam or in lower Columbia tributaries. 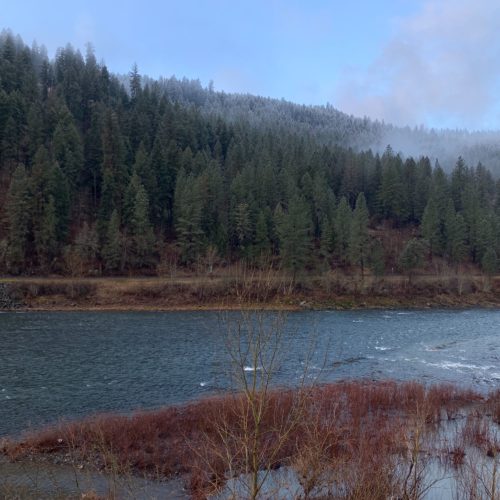 Northwest Salmon And Steelhead In Peril, And Efforts To Save Them Scale Up In Idaho

With Northwest salmon and steelhead on the brink, there are new efforts being brokered to save the famed fish. Continue Reading Northwest Salmon And Steelhead In Peril, And Efforts To Save Them Scale Up In Idaho

Dams Vs. Salmon: Workshops Aim To Get Past ‘My Study Can Beat Up Your Study’ On Snake River

More than 300 people showed up to hear speakers talk about why it’s important to either keep or alter the dams. The panel stems from a Washington state study that will guide the state’s position on dam removal. Continue Reading Dams Vs. Salmon: Workshops Aim To Get Past ‘My Study Can Beat Up Your Study’ On Snake River