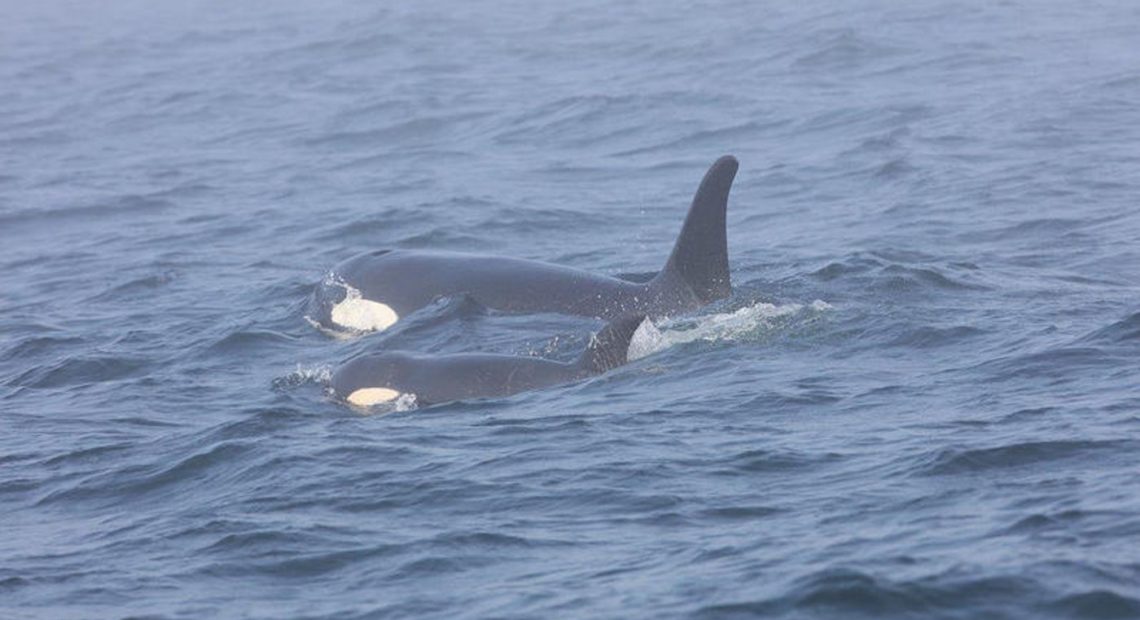 Officials in Canada and the U.S. have been hatching a plan to temporarily capture and treat an emaciated orca. The young whale known as J-50 hasn’t been spotted in nearly a week and could already be dead, according to researchers with the Center for Whale Research.

Officials say they hope to avoid such a last-ditch rescue effort and would attempt it only if J-50 loses all contact with other orcas or beaches herself, and no other options are available.

“This is an incredibly challenging undertaking,” Lynne Barre with the National Oceanic and Atmospheric Administration told reporters Wednesday. “Our overarching, overriding objective is to provide her with the best chance of survival and make sure she can be part of her family group, and we won’t put other whales at risk to do that.”

Barre said NOAA’s laboratory in Manchester, Washington, off the southern end of Bainbridge Island, has floating net-pens that could house the young orca while she is being examined and treated.

“This is a very sick whale,” he said.

J-50 is emaciated to the point where blubber around the base of her head has shrunken, in a condition sometimes called “peanut head.”

Gaydos said 11 of 13 orcas that had “peanut head” in the past did not survive.

The main forces pushing the region’s orcas toward extinction are well-known. Atop the list: a shortage of chinook salmon, toxic pollution that builds up in orca blubber and vessel noise that interferes with the whales’ feeding and communication.

Efforts to diagnose the whale from afar, by taking breath and scat samples, have proved inconclusive, as have efforts to treat her with antibiotic darts.

Capturing the whale could allow veterinarians to conduct blood and hearing tests and ultrasound and endoscopic exams. The goal would be to return J-50 to health and to her family as soon as possible.

Officials and whale advocates said the capture would be stressful for J-50 and any others whales that witness it.

“Any time you capture a wild animal, there’s always risk of trauma and stress,” Gaydos said.

The nonprofit Orca Network urged its members to contact NOAA with their concerns about possible harm of a capture attempt.

“J-50 is so emaciated, and has been sick for so long, the odds of her surviving the stress of a capture and treatment for an as yet unknown disease seem small,” the Whidbey Island-based group’s website states.

The group said that if J-50’s family is within 10 miles of J-50, they will hear her distressed calls.

NOAA and Canadian officials said they would only capture J-50 if she were far away from other orcas.

Rarely does one human being’s health get as much media, government or public attention as J-50’s has this summer.

But with just 75 southern resident killer whales left in the waters of Washington and British Columbia, officials say each individual matters for the survival of the population.

“It really is about the health of J pod and southern resident killer whales in general,” Andy Thomson with Canada’s Department of Fisheries and Oceans said. “The return of J-50 to the wild, should a rescue be necessary, will be the primary goal for us.”

Researchers spotted J-50’s family, including her mother, J-16, near the mouth of Canada’s Fraser River on Tuesday, off the south end of Lopez Island in the San Juans on Wednesday and near Race Rocks, south of Victoria, on Thursday.

But J-50 was not with her family. She has not been seen since Friday, Sept. 7.

“We saw all of the J-16s yesterday charging ahead of J-pod, but no J-50,” SeaDoc Society veterinarian Joe Gaydos emailed KUOW on Thursday. “My heart sank.”

Long-time researcher and activist Ken Balcomb with the Center for Whale Research in Friday Harbor said any rescue effort may be moot by now.

“I think she is dead,” he said in an email to KUOW Wednesday.

“I do not think that J-50 has been seen since last week, although we have seen her family numerous times,” Balcomb said.

Public meetings on the plan to rescue J-50 are scheduled at 7 p.m. Saturday at Friday Harbor High School on San Juan Island and 1 p.m. Sunday at the University of Washington in Seattle.