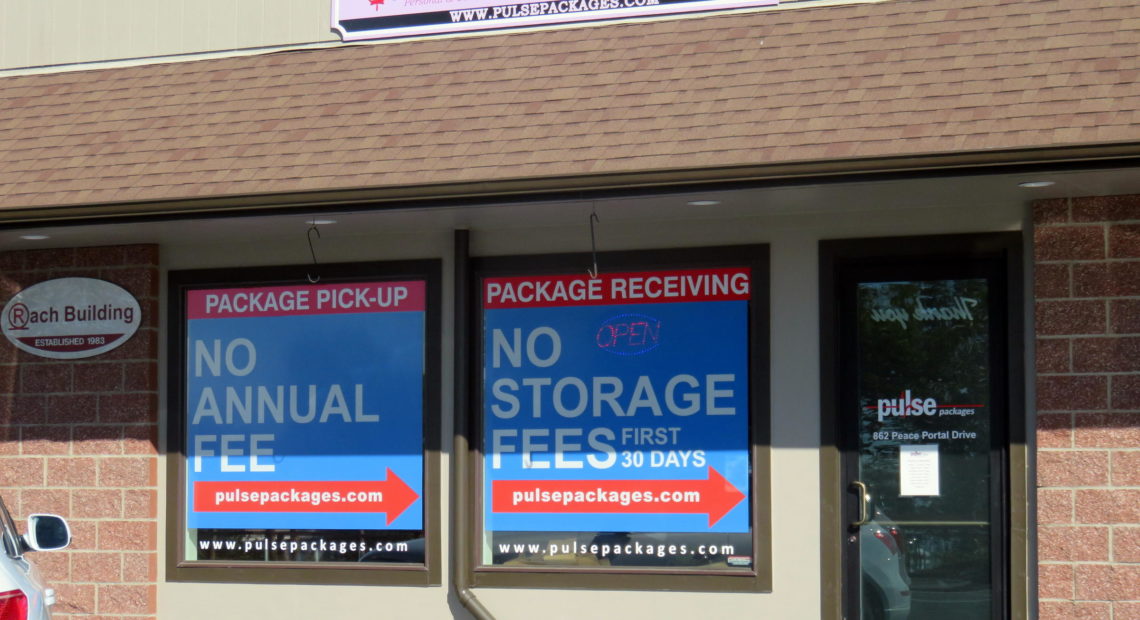 Amazon customers and other mail-order patrons are turning small towns on the northern border into the P.O. box for Canada.

Blaine, Sumas and Oroville, Washington are home to a remarkable profusion of mailbox stores that mostly cater to online shoppers from British Columbia.

In these northern border towns, it feels like Christmas all through the year. Blaine, a 5,000-person town where I-5 meets the border, is home to 15 private mailbox of parcel receiving stores where Canadians go to pick up American goods. Even smaller Sumas has five and nearby Lynden has four more. The phenomenon can also been seen in border towns to the east such as Sweet Grass, Montana and Champlain, New York.

Blaine and some other northern border towns also have much larger post offices than their local population would normally support. That’s partly because of all the P.O. boxes rented by Canadians. In addition, there is a reverse flow of packages driven across the border by Canadian businesspeople. They seek out the closest U.S. post office to the border to mail products to American customers at domestic postage rates.

On a recent Wednesday at a package receiving store in downtown Blaine, British Columbian Jeve Haer beamed as he opened a box ordered from Nike, which contained a pair of limited edition women’s LeBron James shoes.

For him, it was cross the border, or no collector Nikes.

“These shoes are only available in the U.S. So you need to have an American address for the company to ship to,” Haer said. “In Canada, we’re right across the border.  We just make our way over, get the parcel and go back.”

Wider online product selection is among the most common of many reasons Canadians give for paying for a mailing address across the border. Another is to avoid the expense of international shipping.

“Most online vendors ship for free within the continental United States. Blaine is very much a part of that,” said Ryan Mathews of Surrey, BC, as he was unpacking two custom skateboards. “And yeah, it saves us brokerage charges. Really that’s the reason.”

Among the products that may cost more when ordered from Canada are electronics, collectibles and some clothing. 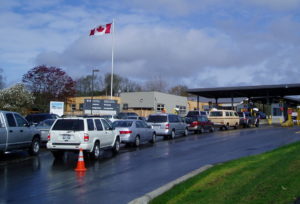 Canadians who cross the border to pick up e-commerce purchases have to plan trips at off-peak times or get a NEXUS pass to avoid waiting in long queues.
CREDIT: TOM BANSE

The visiting parcel picker-uppers have to declare their goods at the border on the way home and often pay customs duty then.

Frequent online shopper Sharon Bentley of Surrey had lots of experience doing this, along with the frustrations of navigating border line ups in a rush after work to pick up a parcel before the mailing service closed for the day.

In self-defense (and sensing opportunity), Bentley and her brother started a business in Blaine called Parcel 24/7. It has aisles of self-service lockers. Over the past five years, the business has grown from one location to four stretching all the way to Niagara Falls, New York. Bentley, who still commutes to the business from Canada, noted the Vancouver metro area has three million potential customers who live close the U.S. border.

“Some people drive two hours to us,” Bentley said in a recent interview. “They might make a weekend trip when they come down. They do the gas, the Costco and all that stuff in one shot, yeah.” 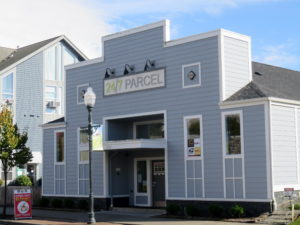 When Wall Street traders play this game with international currencies and commodities it is called arbitrage. On the U.S.-Canada border it’s also a windfall for city governments.

Washington state sales tax is calculated at the point of delivery. Blaine got about $120,000 last year from its share of the sales tax on online purchases mostly by non-resident Canadians, according to the city finance department and state Department of Revenue.

“It’s big enough to be noticeable, but we’re not running the city on it, if you will,” said Blaine City Manager Michael Jones in an interview in his office, which coincidentally overlooks the busy post office.

Jones said the stream of package pick-up traffic undoubtedly has a positive effect on other retailers and service providers who get spillover business. In addition, Blaine has a local-option one penny per gallon gas tax that is generating more revenue for road maintenance as Canadians fuel up on cheaper U.S. gasoline before returning home.

“Having a lot of these package delivery stores, the mailbox stores, is a great thing,” Jones continued. “They’re bringing in money for our bottom line.”

That said, the Blaine City Council this summer voted unanimously to exclude new parcel pick-up businesses from the downtown core.

“In order to make sure that we don’t become a downtown just full of mailbox stores,” Jones explained. “We can still have more in other locations and the ones that are already here can continue to operate.”

Jones said city leaders are mindful their good fortune could change due to factors outside of their control, something private mailbox store owners told public radio as well. All keep an eye on the exchange rate. Then there are rising trade tensions. International shipping could get cheaper or border crossing more difficult. And e-commerce giant Amazon is building more warehouses inside Canada.

The weakening of the Canadian dollar versus the U.S. dollar in recent years has had an effect at the land border crossings closest to the Vancouver metro area. Traffic is down, but the percentage of border crossers who said they drove across to pick up mail is rising. This detail comes from a survey of drivers at the U.S.-Canada border crossings in Whatcom County, Washington, commissioned by the Border Policy Research Institute at Western Washington University and the Whatcom Council of Governments.

In this survey, people crossing in both directions were asked for the main reason for their trip. In 2007, 2 percent of trips were spurred by wanting to pick up mail. In 2013, it was 7 percent. In this year’s survey, 8 percent of all border crossers and 10 percent of Canadians said their primary mission was to pick up mail.

Border Policy Research Institute director Laurie Trautman estimates that adds up to about 686,000 trips across the border annually for mail, which goes a long way toward explaining how so many competing mailbox stores can thrive along the northern border in Whatcom County.

Competition at the border keeps the service fees to receive a package generally between $2 to $4 per parcel. Even with those fees, U.S. state taxes and cross-border travel costs, British Columbians say it could still be worth it to ship to the U.S. side of the border.

Hagen’s of Blaine co-owner Steve Hagen gave the example of a sweater that retails for $15 online in the U.S. If a Canadian orders that sweater, they incur international shipping charges, a stiff customs brokerage fee and federal and provincial taxes.

“They literally could order a $15 sweater and by the time it gets to them it’s $35,” Hagen said. “So it makes sense to them to just pay $2.50 to come to our place to pick it up and take it back across themselves and clear it themselves.” 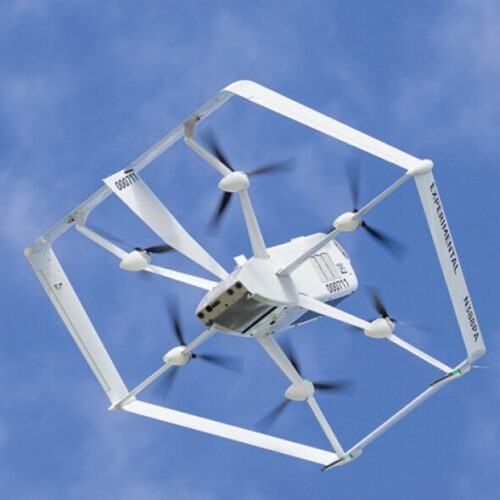 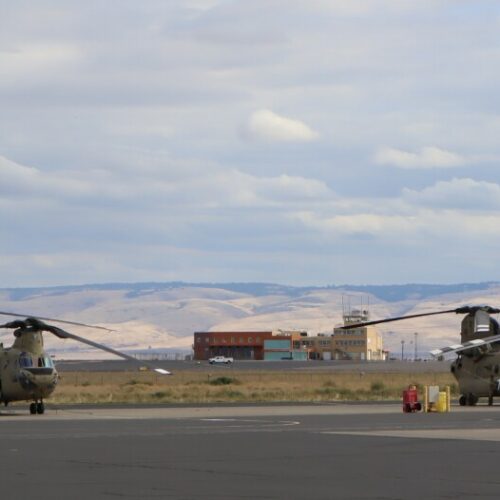 E-commerce giant Amazon confirmed to public radio that it has begun flight testing of package delivery drones at a test range in Pendleton, Oregon, as well as continuing near Seattle and elsewhere. Routine delivery of online orders to consumers by aerial drones remains a long ways off, though. Continue Reading Santa’s Reindeer To Get Competition: Amazon Flight-Testing Package Delivery Drones In Pendleton