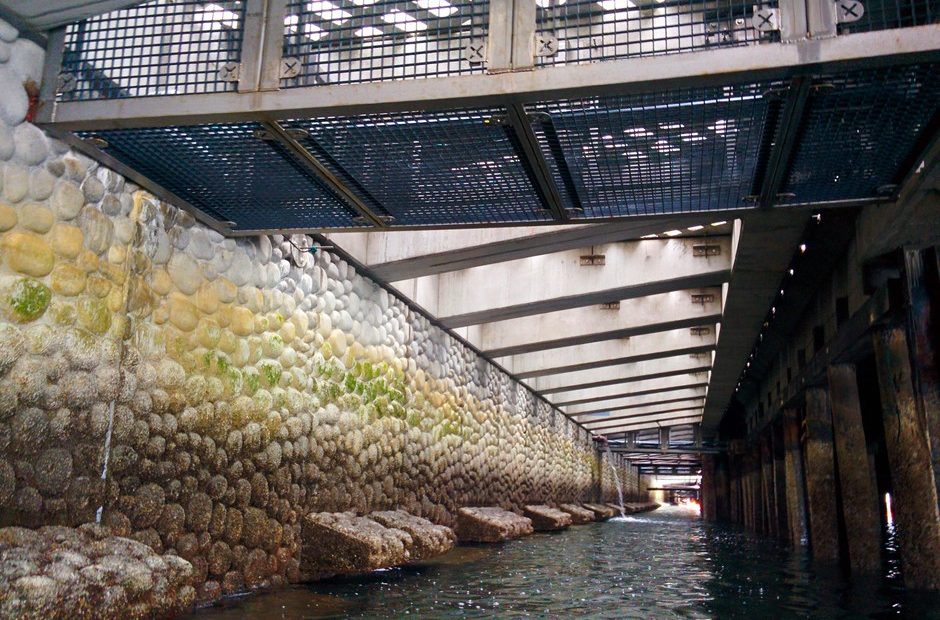 The waterfront is getting a redesign.

From a kayak under Pier 66 in downtown Seattle, the new seawall and pier don’t look like what you would expect.

For one, it’s not dark under the pier. The sidewalk that covers Pier 66 is now made of opaque glass, and light floods down onto the water.

The design is supposed to be friendlier for fish.

Down here on the waterfront, the Alaska Way Viaduct is months from being torn down. The city is also redesigning this area for migrating salmon, making it more like the shoreline that was here before there was a city.

Here’s the thing: juvenile salmon must navigate the Seattle waterfront as they head to the ocean from their natal rivers. Before there was a city here, this stretch of the Puget Sound was a mudflat full of plankton and insects for juvenile salmon to eat and speckled water they could hide in.

Then Seattle built a railroad, and streets and buildings, and a seawall to keep Puget Sound from flooding that new downtown, as well as piers for shipping.

It’s a hostile environment for young salmon. The wall provides no food, and the piers are confusing to navigate and cast dark shadows on the water.

“Juvenile salmon do not like going in the shade,” says Bob Oxborrow, a researcher at the University of Washington who’s studying the new seawall. “It’s too scary for them. That’s where they can get eaten — and there’s no food anyway.”

There’s also a new false seafloor that makes the water seem shallow, from the perspective of a fish traveling near the surface. That also mimics the mudflats that were here before Seattle was built.

Juvenile salmon prefer shallow habitats, Oxborrow says, because there are fewer predators below — so, in the newly shallow water, “they have the opportunity to not be freaked out.”

The wall itself is different, too. Instead of a vertical concrete slab, the new wall has rocks that jut out. Those provide habitat for plankton and other organisms salmon like to eat.

Oxborrow says the design is completely innovative. The data are not in yet, so it’s too early to know how much the wall is helping salmon. Once he and his colleagues crunch the numbers, he says, they’ll try to identify possible improvements to make the wall even more hospitable to fish.

And, he adds, the idea is to inspire other cities to follow Seattle’s lead: He’s already gotten phone calls from cities across the world trying to make their seawalls fish-friendly as well. 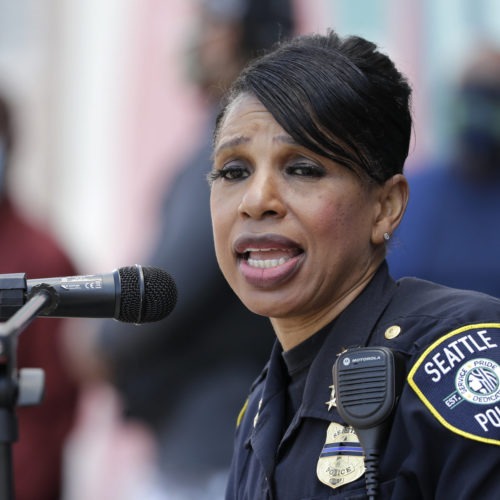 Seattle’s police chief says she is stepping down, a move made public the same day the City Council approved reducing the department by as many as 100 officers through layoffs and attrition. Carmen Best, the city’s first Black police chief, said in a letter to the department that her retirement will be effective Sept. 2 and the mayor has appointed Deputy Chief Adrian Diaz as the interim chief. Continue Reading Seattle Police Chief Carmen Best Stepping Down Following Department Cuts, Months Of Protest