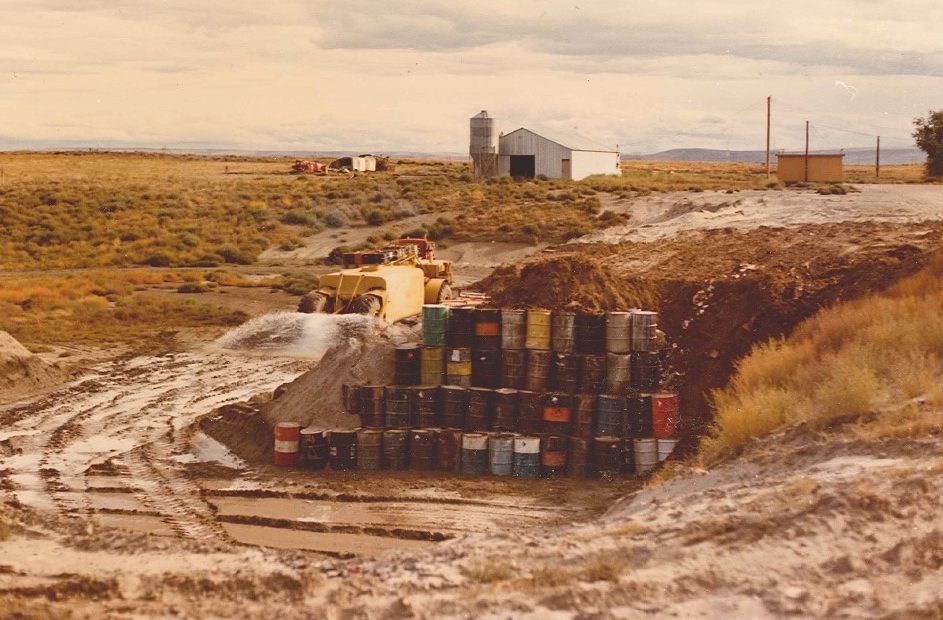 After nearly 20 years, a troubled landfill-turned Superfund site outside Pasco may soon have a final cleanup plan. Washington State Department of Ecology managers presented options Wednesday at a public meeting in the Tri-Cities.

Officials think an underground fire is smoldering in part of the landfill that contains hazardous waste. Chemicals from that waste have also reached groundwater. The area has become more unstable in the past year.

“One of the goals of site cleanup is to remove contamination from soil, from groundwater – any other medium that might be contaminated,” Chuck Gruenenfelder with Ecology said.

He said one of the biggest concerns are the leaking chemicals.

“What gets in the soil eventually can reach the groundwater,” Gruenenfelder said.

The most worrisome area of the landfill – known as Zone A – is filled with around 35,000 drums of hazardous substances – like solvent, paint sludge and cleaners. That industrial waste was dumped there in the early 1970s. (The landfill closed in 1993.) Ecology has discovered some of those chemicals floating on the groundwater.

“That’s a relatively new condition,” Gruenenfelder said. “That signals that some of the contents from these drums are actively being released. Those chemicals are traveling through 30-, 40-feet of soil before they reach the groundwater tables. That’s a lot of liquid that has to be released to travel that distance all the way down to the groundwater.”

Some estimates indicated there could be several million pounds of liquid waste unaccounted for. That’s after a million pounds of waste has already been removed through what’s known as a soil vapor extraction system, Greunenfelder said.

He said conditions in Zone A began deteriorating around 2016. The area has become more unstable in the last year, which means a “more immediate response” is necessary, according to a fact sheet the department released.

“Removing the drums and contamination … sooner, rather than later, is necessary to address the threat to human health and the environment,” the fact sheet reads.

Ecology officials noticed elevated temperatures – up to 170 Fahrenheit – in the area. That’s warmer than what would be caused by normal decomposition (think compost bins). Those temperatures give managers reason to believe a fire may be smoldering in Zone A, the most hazardous area.

Last year, workers dug a hole deep in the pile and brought up charred bits of waste — another indication of smoldering fire. 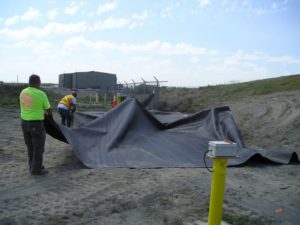 In 2013 officials discovered at the landfill. That fire was near Zone A, which caused concern. A lot of tires burned in the original fire (tires tend to burn hot and for long periods of time.)

Smoldering underground fires are fairly common at solid waste landfills, according to Ecology.

Officials aren’t aware of any other actively smoldering fires in Washington right now.

Any plans to clean up the Pasco landfill would also include extinguishing this most recent underground fire in Zone A.

Resident Kathy Meadows was among a handful of people who attended the public meeting in Pasco this week. As an environmental scientist, she said she wanted to learn more about the problems at the landfill and the potential solutions. She was most concerned about the groundwater pollution.

At the meeting, officials presented a variety of options for cleaning up. More than 30 companies and agencies have been named as potentially liable for cleaning up the Superfund site.

Barbara Smith, a representative for some of the businesses responsible for cleanup, said millions have already been spent to get to this point.

“We’ve been here. We’re going to be here. We are working very hard to make sure that the ultimate cleanup is protective of human health and the environment,” Smith said at the meeting.

Another possibility would be to excavate 42 feet of contaminated soil and waste. That doesn’t remove soil down to the groundwater, but it does remove all the fine silt that more easily soaks up chemicals. The excavated waste would be taken off-site. Chemicals below that 42-foot-depth would be destroyed with the soil vapor extraction system. (That’s the system that’s already gotten rid of one million pounds of waste.)

Costs could range from $56 to $128 million, depending on which plan officials pick.

Other parts of the plan will clean up areas with household garbage, herbicide waste and various industrial sludges.

Officials say they will continue to monitor the groundwater.

The Department of Ecology is accepting public comments on the cleanup plans through Oct. 12.