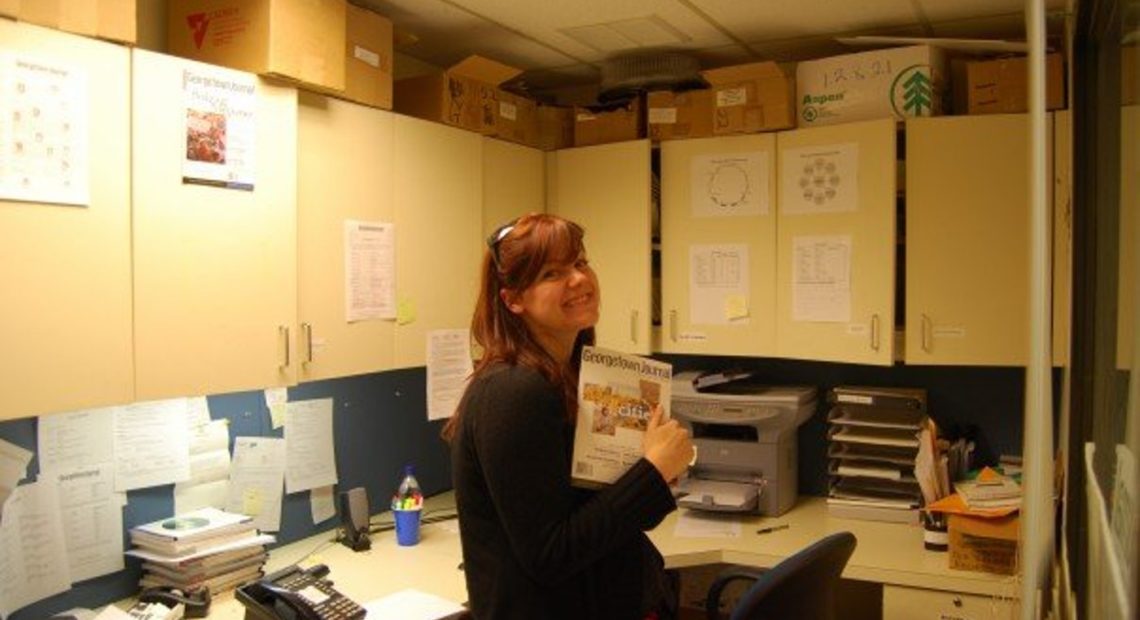 Candace Faber, who had served as a liaison between the City of Seattle and the tech industry, said she was “fed up” and “ready to name names.

“@senatorfain, you raped me the night I graduated from Georgetown in 2007,” Faber tweeted. “Then you had the audacity to ask me to support your campaign. I’ve been terrified of running into you since moving home and seeing your name everywhere. I’m done being silent.”

Faber later posted a statement about the tweets to Medium. “Like many survivors, I was inspired by Dr. Ford’s courage,” she wrote.

Washington state Sen. Joe Fain, a moderate Republican from Auburn, denied Faber’s written allegations to The Seattle Times. “Any allegation of this serious nature deserves to be heard and investigated for all parties involved,” Fain told the Times. “I invite and will cooperate with any inquiry. I ask everyone to show respect to Ms. Faber and to the process.”

Last year, Fain sponsored legislation to expand protections for survivors of rape and sexual assault. He did not respond to KUOW’s questions about Faber’s allegations Thursday or Friday morning. 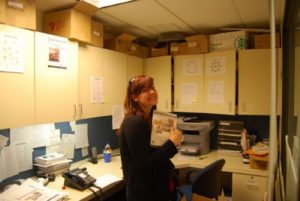 Candace Faber, pictured here in the office of the Georgetown Journal of International Affairs, the weekend she says she was raped by Sen. Joe Fain. CREDIT: CANDACE FABER

Faber left her job in Seattle city government after she said she experienced a mental health breakdown in 2017. She said she was diagnosed with acute psychosis with a marked stressor—a trigger she said was related to sex and sexuality. At the time, she was guest faculty at the University of Washington’s Information School, where people talked to her about Fain’s work, and where she worried she might bump into him at an event. Both Faber and her mother said that Faber never experienced this kind of mental health issue prior to last year. Faber believes it was a buildup of multiple traumas, including the rape, she had experienced in her life.

Faber, who was appointed as Seattle’s first “civic technology advocate” by former Mayor Ed Murray after working as a State Department diplomat abroad, told KUOW that she first met Fain in 2007, when she was graduating from a Georgetown master’s program in foreign service. Her parents had come to visit from Washington state, and she wanted to impress them. She scheduled a tour of congressional buildings on Capitol Hill for them, she said, and obtained special passes. There, Faber and her parents stumbled into a reception where they met, as Faber put it, a tall, blue-eyed, conventionally attractive Republican guy.

They all started chatting, Faber said, and he offered Faber his business card.

“I know that I was flirting with him,” Faber said. “And I know that I felt, like, successful in getting his card and proving to my parents that I was going to be good at life.”

Faber came out as a lesbian last year, but in 2007, she was still struggling with her sexuality and wanting to please her conservative parents, she said. She was 24 years old. Fain would have been 26.

After her graduation ceremony, driving to her class’s after-party at a Washington, D.C., bar, her father asked if she had contacted “that nice young man” they met in Congress. Faber said she then texted Fain to invite him to the after-party at the bar.

When Fain showed up, Faber said that he bought her drinks, and they danced and kissed on the dance floor. She said she remembered feeling like she had “made it,” but still felt pressure to resolve her conflicting feelings about her sexuality. She had sought counseling about this from a church program her senior year of college, she said; Fain represented a chance to prove she was “going to be fine.”

But as Fain continued to drink, Faber said, he got loud and obnoxious. She said she was holding him up on the dance floor, which was difficult given their size difference. Faber said she asked him to leave, repeatedly, but he insisted he was too drunk to get to his hotel alone.

“He insisted on basically not leaving unless I walked him,” Faber said.

Faber said she told her friends she would return to the party after dropping him off at his hotel. He had lost his jacket, she said, but they left anyway.

On the way to the hotel, Faber said Fain was “draping his body” over hers, that he was so drunk he had trouble walking. She said she remembered feeling that she needed to “deposit” him in his room so she could get back to her party with her friends.

But Faber said Fain’s demeanor changed once they arrived in his hotel room.

“Suddenly, he wasn’t fucking weak anymore and he had no problem throwing me on the bed and ripping my dress off,” Faber said.

She fixated on the dress, she said, because it was her favorite. “He pulled it down and broke the straps,” she said.

“I remember that that was when I just decided to look out the window,” Faber said.

Faber’s mother, Laura Lee Faber, said she remembered trying to tour Washington, D.C., with her daughter the next day. She noticed immediately that there was something wrong. Her daughter handed her the dress with broken straps to mend, Faber’s mother said, but wouldn’t say what had happened. She said her daughter broke down sobbing that day, but wouldn’t explain why.

In 2009, Laura Lee Faber said her daughter told her mother she had been raped the night of her graduation, but didn’t name the alleged assailant. That changed in 2016.

“When Trump got elected, she broke,” Laura Lee Faber said. “The emotions just … so that’s when she told us his name.”

In April or May of this year, Laura Lee Faber said she wrote to Fain with a friend who is a lawyer to request a meeting. Neither Fain nor his staff responded, Faber said.

Faber said she once picked up a newspaper and saw a story about Sen. Fain supporting protections for women experiencing sexual harassment in the workplace. “I nearly lost my lunch,” she said.

Since Candace Faber disclosed Fain’s identity to her parents after the presidential election, Laura Lee Faber said she’s replayed a conversation in her head she would have with Fain if she ever saw him.

“I wanted him to read her story on Medium.com,” Faber said. “I want him to read to it, and I want to say to him: That man in that story is you. And that woman is my daughter. I just want you to remember every night when you go to bed what you did to my daughter. Would you want that to happen to your child?”

Candace Faber wrote her account of what happened that night five years after her graduation, in 2012. She showed KUOW a copy of an email she sent to a former Georgetown professor in 2013 with a draft of a personal story describing the allegations. In the story, which was consistent with what she told KUOW, Faber said she walked home to her apartment after the alleged assault and took a shower.

“I have thought long and hard about the decisions I made that night and the following morning,” Faber wrote. “I anticipated what lawyers might say, what my parents might say, and what male friends of mine actually said: That by taking a drunken man to his hotel room, I had consented to whatever he might want to do to me there.”

Faber said Fain later messaged her on Facebook for a contribution to his political campaign. She said she told him not to contact her. Faber said she did not still have the messages.

That wasn’t the last encounter with Fain, she said. After moving back to Washington state, Faber said Fain was involved in an initiative at the Washington Technology Industry Association as well as a program she helped teach at the University of Washington’s Information School. In the spring of last year, after her nervous breakdown and while on a medical leave of absence, Faber said she told her colleagues at the UW that Fain had raped her.

Faber showed KUOW two e-mails to her UW colleagues in which she called Fain her rapist and asked them to shield her from interacting with him. Frank Martinez, a colleague of Faber’s at the I-School, confirmed to KUOW that he received those emails and was told that Fain had raped his coworker.

Martinez said he was shocked and concerned for his friend when he received the first email. He knew Faber was struggling with her mental health at the time. But he believed her allegation to be credible, having worked with her for the previous four years.

“It wouldn’t have been the case if I hadn’t known her or we just started teaching together,” Martinez said. “Having worked with her and been in the same professional community through the Impact Hub in Seattle, we all travel in the same circles and we all work around one another in the last four years, I would say no, absolutely credible.”

Bruce Blood, a city coworker of Faber’s who was with her in the hospital, said she disclosed that she had a sexual assault, but didn’t name Fain. He said he believed Faber to be credible.

Faber told KUOW that she came forward on Thursday after watching Dr. Christine Blasey Ford frame her testimony as a civic duty.

The Northwest News Network’s Austin Jenkins contributed to this report.