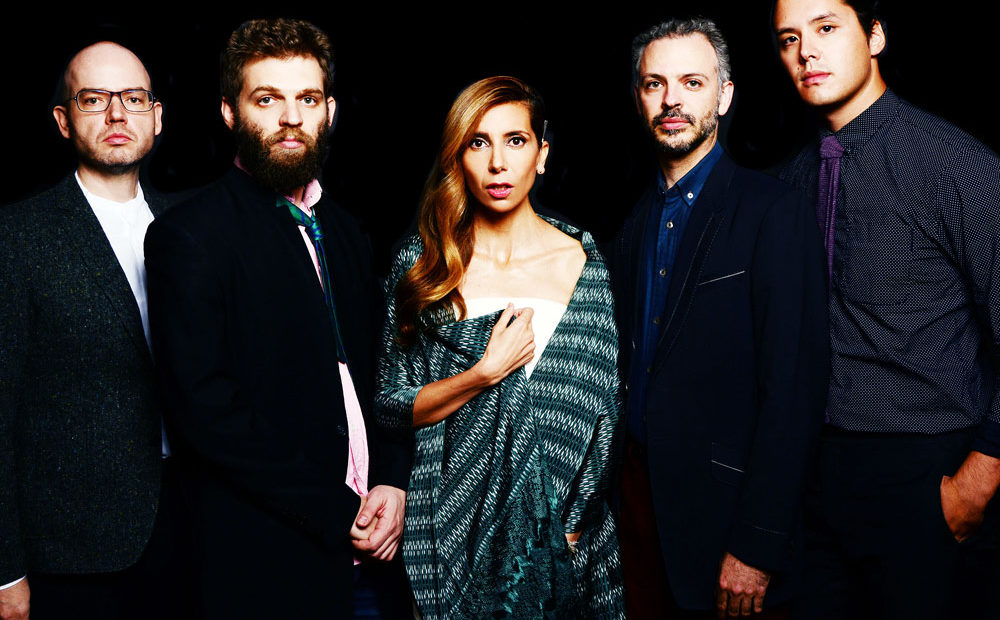 Magos Herrera is a jazz singer from Mexico, but she has also sung pop songs with Brazilian beats and crooned Mexican classics with a touch of rock. Herrera takes another adventuresome step on her new album, Dreamers, where she partners with a classical string quartet for an album steeped in Latin American culture. The potent mix of themes and the sound of the string quartet, plus a little percussion, are compelling.

There’s a socially conscious stream running through the new album. Even its title, Dreamers, is a word loaded with political tension these days. But the messages are often subtle. The song “Niña,” for example, with music by Herrera and a text by Mexican poet and diplomat Octavio Paz, distills the power of childhood in a single girl who has dominion over the earth, sky and water.

Herrera’s phrasing is supremely expressive, but what makes the album shine even brighter is the collaboration with Brooklyn Rider, a seriously eclectic string quartet. This isn’t some all-purpose “carpet” of accompaniment. Brooklyn Rider’s strings converse directly with Herrera. They embody characters and moods, even other instruments, such as the “drum beats” and “guitar” in violinist Colin Jacobsen’s arrangement of “Balderrama” by the Argentine folk song composer Gustavo Leguizamón.

A few songs on Dreamers recall the nueva canción movement in 1960s Latin America, when songwriters paired socially relevant lyrics with back-to-the-roots folk music. And at the heart of the album lies Herrera’s atmospheric performance of “Volver a los 17” (“Being Seventeen Again”).

The song — written by Chile’s Violetta Parra, known as the “Mother of Latin American Folk” — in pulsating verses, reflects on love, fragile moments and the power of feelings over reason. It’s voiced from the vantage point of adulthood, but filtered through the poetic mindset of a teenager. Its refrain, suddenly adopting a carefree tone, takes the form of the Chilean dance called the cueca.

The album’s title Dreamers is deliberate. As a spokesperson for the United Nations campaign Unite to End Violence Against Women, Herrera pushes back against the current anti-immigrant sentiment sweeping the world. “Every big change in history happened because someone dared to dream,” she says in a statement to accompany the album.

And art, she adds, plays a role. In “Dreams,” the only song in English on the album, Herrera’s voice soars on the refrain “sing out loud.” She seems to suggest that we too can play a role by raising our own voices.