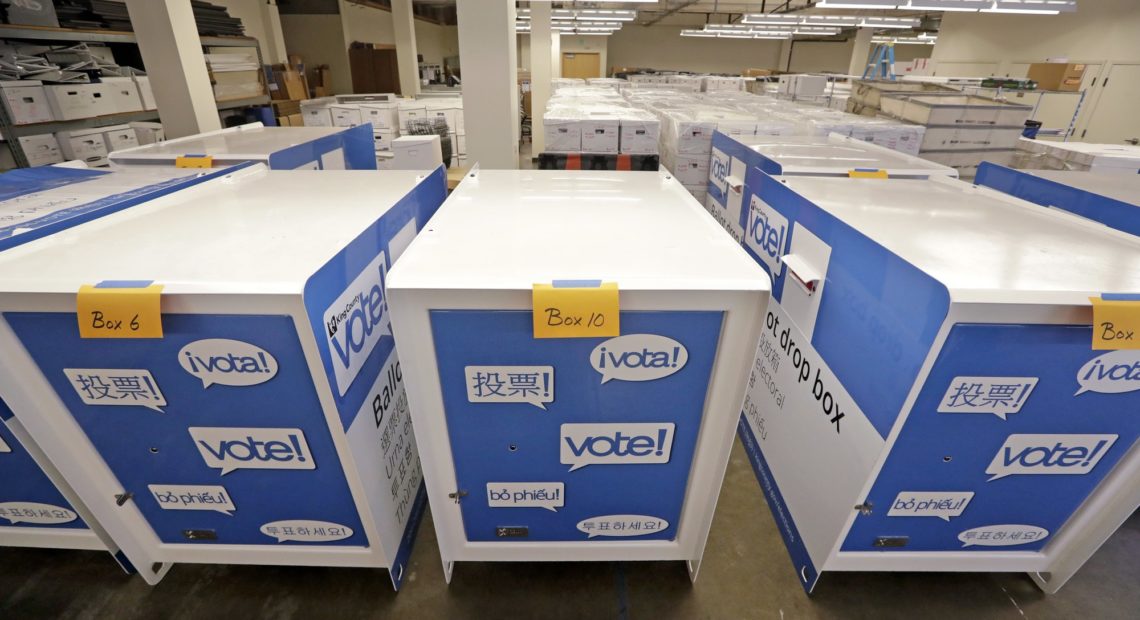 PHOTO: Ballot drop boxes are stored for future use in a warehouse area of the King County Elections office in Renton, Wash. While Washington is one of just three states that conduct all of their elections by mail, it’s the only one of those three that allows ballots to be postmarked by election day. CREDIT: Elaine Thompson/AP

Kevin Entze, a police officer from Washington, knows it all could have been different.

Entze lost a GOP primary in a state House race by one vote out of more than 11,700 cast. And then he found out that one of his fellow reserve officers forgot to mail in his ballot.

“He left his ballot on his kitchen counter, and it never got sent out,” Entze told the Seattle Post-Intelligencer.

That was 16 years ago, but it is stories like that that highlight just how much every vote can matter. And yet the last midterm elections in 2014 saw the lowest voter participation in more than 70 years. Back in 1942, many American voters had a good reason not to vote — they were fighting in World War II.

Back then, many American voters had a good reason not to vote — they were fighting in World War II.

Today, many Americans feel disaffected and disconnected from the system.

“I feel like my voice doesn’t matter,” Megan Davis, 31, of East Providence, R.I., told NPR. “People who suck still are in office, so it doesn’t make a difference.”

But a single vote can make a big difference. In fact, there have been more than a dozen races decided by a single vote or ending in a tie over the last 20 years.

Here’s a look back at some of those and some more of the closest races in U.S. history:

2018: The Democratic primary for Baltimore County executive in July was decided by just 17 votes.

2017: A Virginia House of Delegates race ended in a tie out of more than 23,000 votes cast. The tie was broken by pulling a name, placed in a film canister, out of a bowl. Republican David Yancey was declared the winner. The result was heightened by the fact that the win gave Republicans control of the state House by a single seat.

2016: A Vermont state Senate Democratic primary was determined by a single vote out of more than 7,400 cast.

2016: A Vermont state House seat was determined by one vote out of 2,000. Here’s what’s really crazy: This was a rematch, and when they first faced each other in 2010, the race was also decided by one vote — in the other direction.

2016: The margin on Election Day for a GOP primary for the U.S. House for the 5th Congressional seat from Arizona was just 16 votes, but it widened to 27 after a recount.

2010: A state House race in Massachusetts ended in a tie, and the courts ordered a do-over. In the rerun, Republican Peter Durant wound up winning by just 56 votes out of about 8,000 cast.

2010: A state House race in Vermont was determined by one vote; another had a one-difference vote on Election Day, but was later widened to two). 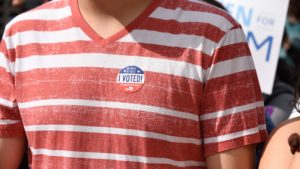 2006: A Democratic primary for an Alaska state House seat was decided by a coin toss to break a tie. The winner, Bryce Edgmon, is currently speaker of the Alaska House.

2004: A special election in Radford, Va., for commonwealth’s attorney was decided by one vote.

2002: A tie for a county commissioner seat in Nevada was determined by drawing the highest card. Amazingly, both candidates drew a jack, but the Democrat drew a jack of spades, which beat out the Republican’s jack of diamonds.

2002: A GOP state House primary in Washington state was determined by one vote out of more than 11,000 cast. The person who lost had to wonder what might have been when one of his fellow police officers confided that he forgot to mail in his ballot. “He left his ballot on his kitchen counter and it never got sent out,” he said.

2002: A Connecticut state House seat was determined by one vote out of more than 6,400 cast.

1998: A Massachusetts state House GOP primary race ended in a tie after more than 1,700 ballots were cast. The winner was determined by a judge.

1996: South Dakota Democrat John McIntyre led Republican Hal Wick by just four votes out of almost 8,400 for a state legislative seat. A subsequent recount showed Wick the winner — by just one vote, 4,192 to 4,191. But the state Supreme Court ruled that one ballot for Wick was invalid because of an overvote, resulting in a tie. Wick eventually won, because the tie was broken by the state legislature, which went for Wick, 46-20.

1994: A Wyoming state House seat ended in a 1,941-to-1,941 tie on Election Day. The tie was broken, live on NBC’s Today show, with the secretary of state pulling a pingpong ball with the winning candidate’s name on it out of the governor’s hat. The winner went on to become speaker of the state House.

In the 19th century, there were even a few U.S. House races that were determined by a single vote:

Of course, none of those is to mention the 537-vote margin that George W. Bush won Florida by in the 2000 presidential election — out of almost 6 million votes cast — or Donald Trump winning the presidency despite losing the popular vote by almost 3 million votes — all because he eked out just enough — 70,000 votes out of 12 million in three states — to win the Electoral College.