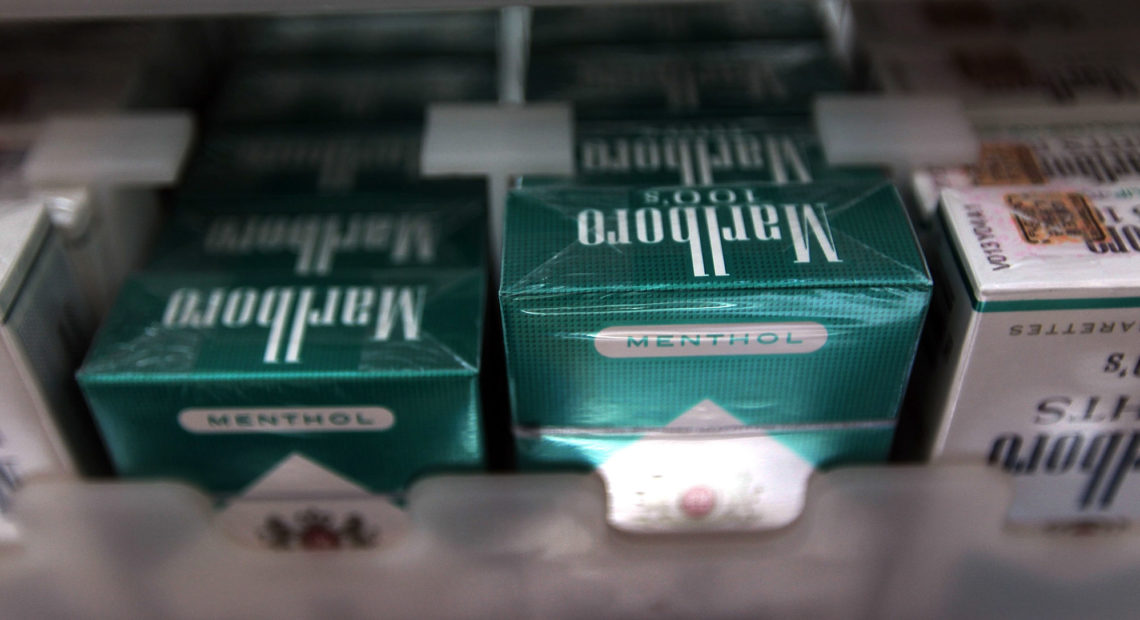 The Food and Drug Administration announced Thursday that it will seek a ban on the sale of menthol-flavored cigarettes.

The announcement came as the agency officially released a detailed plan to also restrict the sale of flavored electronic cigarettes. It also wants to ban flavored cigars.

In a statement, FDA Commissioner Scott Gottlieb says the moves are aimed at fighting smoking among young people. Flavored e-cigarettes, menthol-flavored tobacco cigarettes and flavored cigars are all popular among teenagers.

“Today, I’m pursuing actions aimed at addressing the disturbing trend of youth nicotine use and continuing to advance the historic declines we’ve achieved in recent years in the rates of combustible cigarette use among kids,” Gottlieb says.

While cigarette smoking has hit a record low in the United States, vaping has been skyrocketing. That trend has raised concerns that a new generation of young people will become addicted to nicotine.

The ban on menthol, in particular, has been long sought by public health authorities and antismoking advocates. The concern is that the flavoring masks the harshness of tobacco smoke, making it easier for people to start smoking.

“I believe these menthol-flavored products represent one of the most common and pernicious routes by which kids initiate on combustible cigarettes,” Gottlieb says.

Menthol cigarettes are especially popular among African-Americans, leading some to charge that tobacco companies have been using the flavoring to target minorities.

Several groups, including the NAACP, endorsed the FDA’s plan even before it was officially announced. “For decades, data have shown that the tobacco industry has successfully and intentionally marketed mentholated cigarettes to African Americans and particularly African American women as ‘replacement smokers,’ ” the NAACP said in a statement.

“We continue to believe that a total ban on menthol cigarettes or flavored cigars would be an extreme measure not supported by the science and evidence,” said a statement from Altria Group Inc., maker of Marlboro Menthol.

The proposed ban will require a lengthy rule-making process by the FDA before it can go into effect.

“FDA’s decision to move forward with a ban on menthol cigarettes is one of the most significant public health actions that the FDA has taken in years and will have a greater impact on the death and disease caused by tobacco in the United States than almost any other single action,” says Matthew Myers, president of the Campaign for Tobacco-Free Kids.

“Menthol cigarettes are the single most important pathway to get kids to start smoking in the United States. It makes sense because what it does is coat your throat. It makes it much easier to get used to the harshness of tobacco smoke,” Myers says.

Some opponents of a menthol ban have argued that it could create an underground market for menthol cigarettes. But Myers and others dismiss that concern.

While Myers praised the FDA’s new restrictions on e-cigarette flavorings, he called for the agency to go further and completely ban the flavorings. According to the plan released Thursday, the FDA would continue to allow adults to buy flavored e-cigarettes.