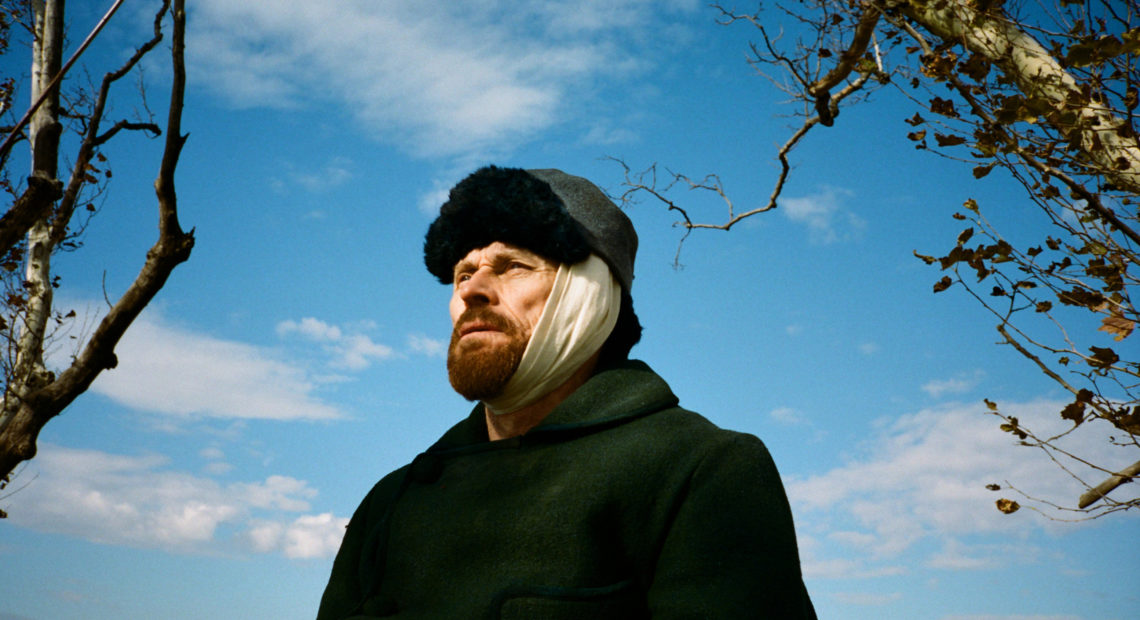 FILM REVIEW: ‘At Eternity’s Gate,’ Willem Dafoe Is Vincent Van Gogh (And You Should Go)

The short, brilliant, tragic life of Vincent Van Gogh has long been a source of inspiration for creatives of all types. Something about the mystique of the artist with severe mental illness, whose greatness was only recognized years after his death, resonates with frustrated souls the world over. But it can be distressingly easy for a story as nuanced and contradictory as Van Gogh’s, with all its bright colors and violent strokes, to become flattened into easy answers under the harsh light of the camera, an artist’s implement that so rarely matches the delicacy of the paintbrush.

What a treat, then, to arrive At Eternity’s Gate. The lovely new biopic by Julian Schnabel offers a vision of Van Gogh’s final days that is at once bold, blissful and deeply sad. Focusing on the final few years of the painter’s life, when he left Paris for the rural southern French town of Arles in order to be near the nature that so inspired him, Schnabel (with co-writers Jean-Claude Carrière and Louise Kugelberg) feeds his subject’s thirst for purpose without sugarcoating the immense darkness that plagued him as his mental and physical health deteriorated. This is a very textured film, like one of its subject’s paintings, with their great, big globs of color coming off the canvases.

At 63, Willem Dafoe is nearly twice the age Van Gogh was when he died. Yet the actor helps close that noticeable gap with the tremendous physicality he brings to the role – one of the finest performances of the year. Gazing out at the dewy fields with glee, rubbing the blessed dirt on his face to better understand its properties, Dafoe’s Van Gogh is often too blissed-out on the feelings of life to take in much of any other sense. We see him paint in rough, rambunctious strokes fitting of someone who could churn out a completed work in an hour. He’s barely able to set up his easel in a field before he goes to town.

But the actor is also very good at making Van Gogh unpleasant to be around: blowing past social cues, exploding at a group of schoolchildren who invade his space, getting too close to people who clearly think he smells bad. As he loses his grip on sanity in the film’s second half, he can no longer allow his devotion to the work to overcome his shortcomings in life. Dafoe’s final scenes are dark and deflating, with only a desperate hope that someday in the future, people will enjoy his paintings.

In the film’s telling, Van Gogh had two important people left in his life during this time: brother Theo (Rupert Friend), an art dealer who supported him financially as he tried to drum up a market for his paintings; and friend and art-world contemporary Paul Gauguin (Oscar Isaac), who encouraged his talents even as he challenged the technique. Both men come to visit him as his mood seesaws, and he’s despondent when they leave, which leads to, yes, the ear. Yet it’s not some overwrought fit of madness that makes him cut it off, and in fact we don’t even see the action itself, only the shame of its aftermath.

The bond between Van Gogh and Gauguin is an uneven one, because Gauguin has money – he dresses in sharp suits and casually speaks of his travels to exotic locales, while his friend, who worships him, makes do with torn workpants and rarely bathes. Though the two artists are mostly friendly, trading musings on painting philosophy and the direction of the Paris art scene, there’s a tension between them that approaches the operatic. In one of the film’s best scenes, Van Gogh walks in on Gauguin painting a portrait of his boarding-house proprietor Madame Ginoux (Emmanuelle Seigner), and hurriedly unpacks his canvas to construct a lickety-split portrait of his own.

Schnabel often films scenes from Van Gogh’s point of view, the camera shaking as he trudges through farmland or tries to get a stranger to pose for him. The style can get exhausting, and occasionally ill-fitting for a film about someone who saw the world differently from the rest of us. Last year’s Loving Vincent, an astonishing animated film about Van Gogh’s death, employed a large team of painters to craft every frame in an approximation of his own style, an example of artists rising to the challenge to render one of their finest in a new medium. That film might have been far prettier to look at, but the two movies are able to speak to different sides of Van Gogh’s life and legacy. At Eternity’s Gate allows its portrait to be a bit uglier, more sorrowful, and embodied by an actor and script who know how painful the act of creating beauty can be sometimes. Hopefully this film, at least, can be appreciated in its lifetime.