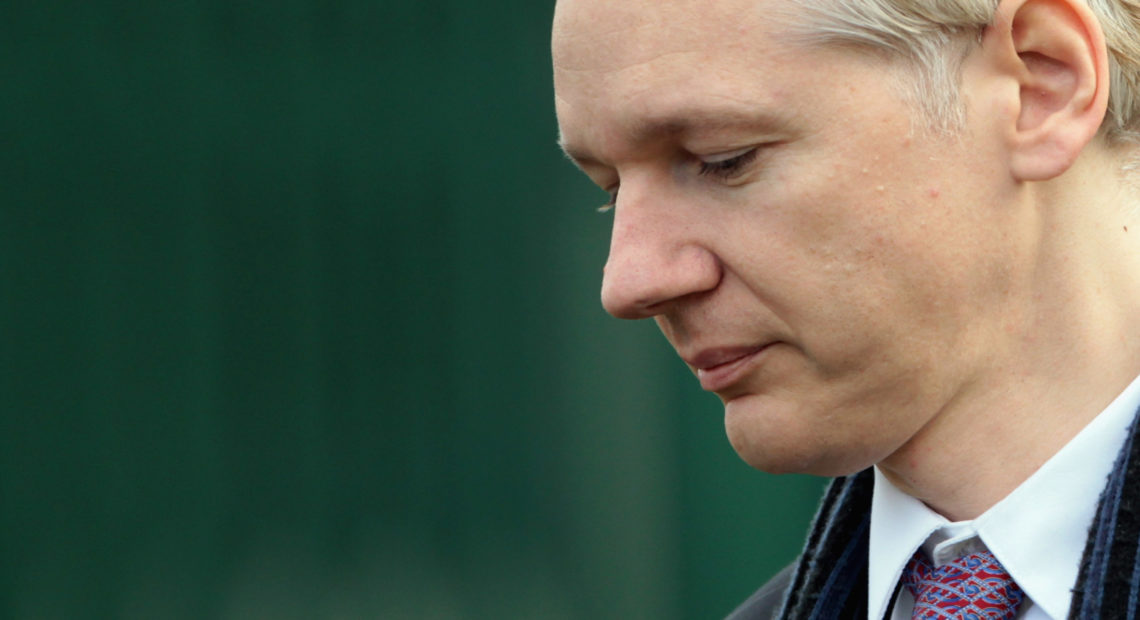 One minute, Seamus Hughes was reading the book Dragons Love Tacos to his son. A few minutes later, after putting him to bed, Hughes was back on his computer, stumbling on what could be one of the most closely guarded secrets within the U.S. government: The Justice Department may be preparing criminal charges against WikiLeaks founder Julian Assange.

Hughes, who calls himself “a court records nerd,” made the discovery on Thursday while sifting through papers filed over the summer with the Eastern District Court of Virginia. As deputy director of the Program on Extremism at George Washington University, Hughes helps sort through thousands of terrorism records each year, and “for this case,” he says, “I was looking at a completely different filing.”

“The reason I was looking at it was because an individual was charged with enticing a minor, but the prosecutor was a national security prosecutor,” Hughes said in an interview Friday with NPR’s Lakshmi Singh.

The filing had been sitting in his inbox for three days. It discussed the need to keep records in the case under seal and argued that “due to the sophistication of the defendant and the publicity surrounding the case, no other procedure is likely to keep confidential the fact that Assange has been charged.”

The line triggered his memory. Hughes said he had recently read a Wall Street Journal report about the U.S. prosecuting Assange.

“I thought I’d make a joke about how you can get it cheaper if you looked at court records as opposed to buying it from the Wall Street Journal,” he said, so he posted an image of the document on Twitter and wrote: “You guys should read EDVA court filings more, cheaper than a Journal subscription.”

By Friday morning, the Twitter post had hundreds of retweets and thousands of likes. “I look at my wife, I say, ‘I think something happened last night,’ and then we get The Washington Post that morning and the front page is all of this, and The New York Times and everybody else after that, and I thought to myself, ‘It’s going to be one of those Fridays I guess.’ ”

As NPR’s Carrie Johnson and Colin Dwyer reported, it remains unclear whether any charges against Assange have been filed. If they have, it’s also unclear whether they relate to special counsel Robert Mueller’s investigation into Russian interference in the 2016 election or to the past release of sensitive government information by WikiLeaks.

Prosecutors in Virginia have called the filing an error. “That was not the intended name for this filing,” Joshua Stueve, a spokesman for the U.S. Attorney’s Office for the Eastern District of Virginia, told The New York Times.

Hughes said the “accidental revelation” he found in the court papers is most likely the result of human error – an accidental case of cut and paste.

“It looks like it’s the same prosecutor that’s looking at both those cases. You know, these prosecutors are overworked, they’ve got an immense workload and things get missed on these things, and I think this is just one of those honest mistakes.”

Hughes said he feels for the attorney who made the error, adding that in retrospect, he might have taken a different approach.

“Looking back, I probably would have called DOJ last night if I realized what I had and asked for a comment and gone from there, kind of through the quasi journalistic stuff, but I didn’t realize what it was when I was looking at it really,” he said.

He said the discovery has also prompted him to rethink his research approach.

“Unseal motions are kind of very boring,” said Hughes, referring to the type of record he had been reading when he made the discovery. “They’re two to three pages; it says the same exact thing every time. The judge just signs it and moves on, right? Now, I’m not going to be the guy who looks at it really quickly and closes it.”