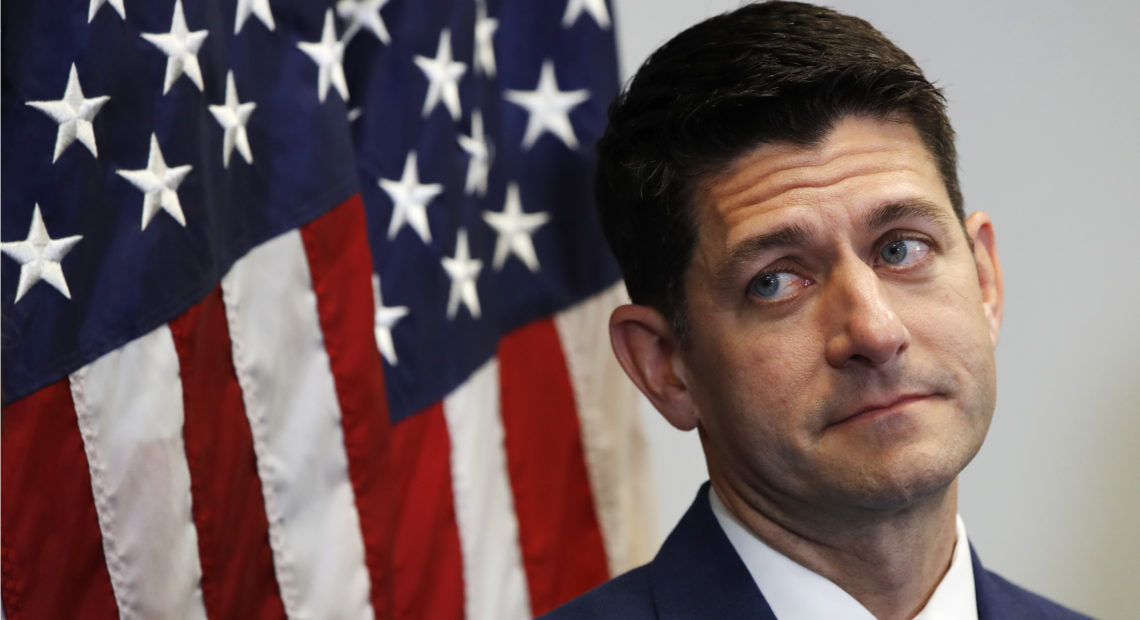 A spokesman working on behalf of the National Republican Congressional Committee acknowledged the compromise and said it was reported to authorities.

“The cybersecurity of the committee’s data is paramount, and upon learning of the intrusion, the NRCC immediately launched an internal investigation and notified the FBI, which is now investigating the matter,” said Ian Prior, a vice president of Mercury Public Affairs, which has been retained by the NRCC on the matter.

Prior wouldn’t say anything more in order to protect the ongoing investigation.

The FBI told NPR on Tuesday that it generally does not confirm or deny the existence of investigations. The Department of Homeland Security did not immediately respond to a request for comment.

The news of the major intrusion was first reported by Politico, which said that the email accounts of four senior NRCC aides were “surveilled for several months” and exposed “thousands of sensitive emails to an outside intruder.”

“Party officials would not say when the hack began or who was behind it, although they privately believe it was a foreign agent due to the nature of the attack,” the Politico report said.

The breach was detected in April, but the hackers penetrated the system a few months before that, a person familiar with the investigation told NPR. Those behind the hack are very sophisticated based on the tactics and methods they used, the person said.

So Far No Attribution

It wasn’t immediately clear who might be responsible for the cyberattack, but the news followed months of increased preparations by the government to defend against foreign influence in America’s democracy.

The House Democrats’ campaign arm, the Democratic Congressional Campaign Committee, along with the Democratic National Committee and Hillary Clinton’s presidential campaign, also were hacked during the 2016 cycle.

Prosecutors say Russian military intelligence officers pilfered sensitive material with the aim of releasing it to embarrass Democrats. So far, there doesn’t appear to have been any release of data taken in this year’s intrusion of Republicans’ campaign operation.

President Trump taunted Democrats for the 2016 cyberattacks, arguing that Republicans had stronger security measures in place.

Democrats regained control of the House in last month’s elections and one leader slammed what he called Republicans’ previous lax attitude about cybersecurity.

“Now, news of this hack – which was not released for months – makes it clear Republicans ignored election security at their own peril,” said Rep. Bennie Thompson, D-Miss., ranking member on the House Committee on Homeland Security.

“Democrats led on election security the entire 115th Congress and Republicans should have joined us. Nevertheless, Republicans should feel secure knowing that Democrats will continue to lead on cybersecurity and will look into all threats to our elections as soon as we take charge in January.”

Separately Brett Bruen, a former national security official in the Obama administration who worked on Russian interference issues, said the NRCC’s choice not to disclose the cyberattack “endangered the elections.”

“The information extracted from this operation could have been of extremely high value for foreign intelligence services,” Bruen said.

Even if the people who stole it didn’t use it to try to influence the election, it’s still helpful for understanding what’s taking place inside the American political system, he said.

“It would provide them with critical insights into the plans, weaknesses and interests of key GOP officials and candidates. By not being transparent about this clear vulnerability to our democracy, the RNC placed the interests of party over those of the country.”

Earlier this year, the DCCC and the NRCC tried to negotiate a truce in which neither side would use any hacked material in attack ads and other strategic decisions, but those talks eventually broke down.

Defense, law enforcement and intelligence officials, however, say they’ve stepped up their efforts since Russia attacked the 2016 presidential election. The threat from Russian and other foreign interference continued, officials say, including through the midterms.

“There’s no doubt the relationship has worsened,” Mattis said. “He tried again to muck around in our elections just last month, and we are seeing a continued effort along those lines.”