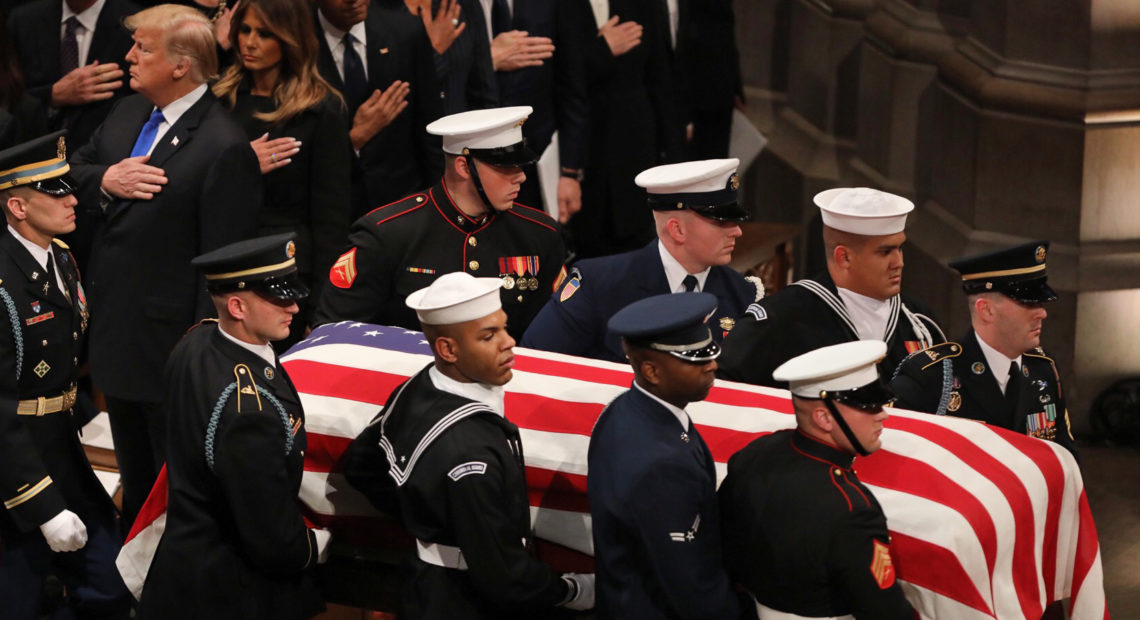 The cathedral bells tolled as the casket containing the 41st president was carried by a military honor guard down the center aisle on Wednesday morning.

Seated together on one side of the aisle were President Trump and former Democratic Presidents Barack Obama, Bill Clinton and Jimmy Carter, along with their wives.

On the other side was the Bush family, including the 43rd president, who as he greeted his fellow former chief executives appeared to slip a piece of candy to Michelle Obama. Bush gave the former first lady a candy during Sen. John McCain’s service in September, and the Internet noticed.

He called him “the best father a son or daughter can have,” adding he “showed me what it means to be a president who serves with integrity.”

Three of Bush’s granddaughters read Bible passages, and the first tribute was given by Bush biographer Jon Meacham. He recounted the story of Bush being shot down over the Pacific during World War II and called him “America’s last great soldier statesman, a 20th century founding father.”

” ‘Fluency in English,’ President Bush once remarked, ‘is something that I’m often not accused of,’ ” Meacham said, adding, “His tongue may have run amok at times, but his heart was steadfast.” 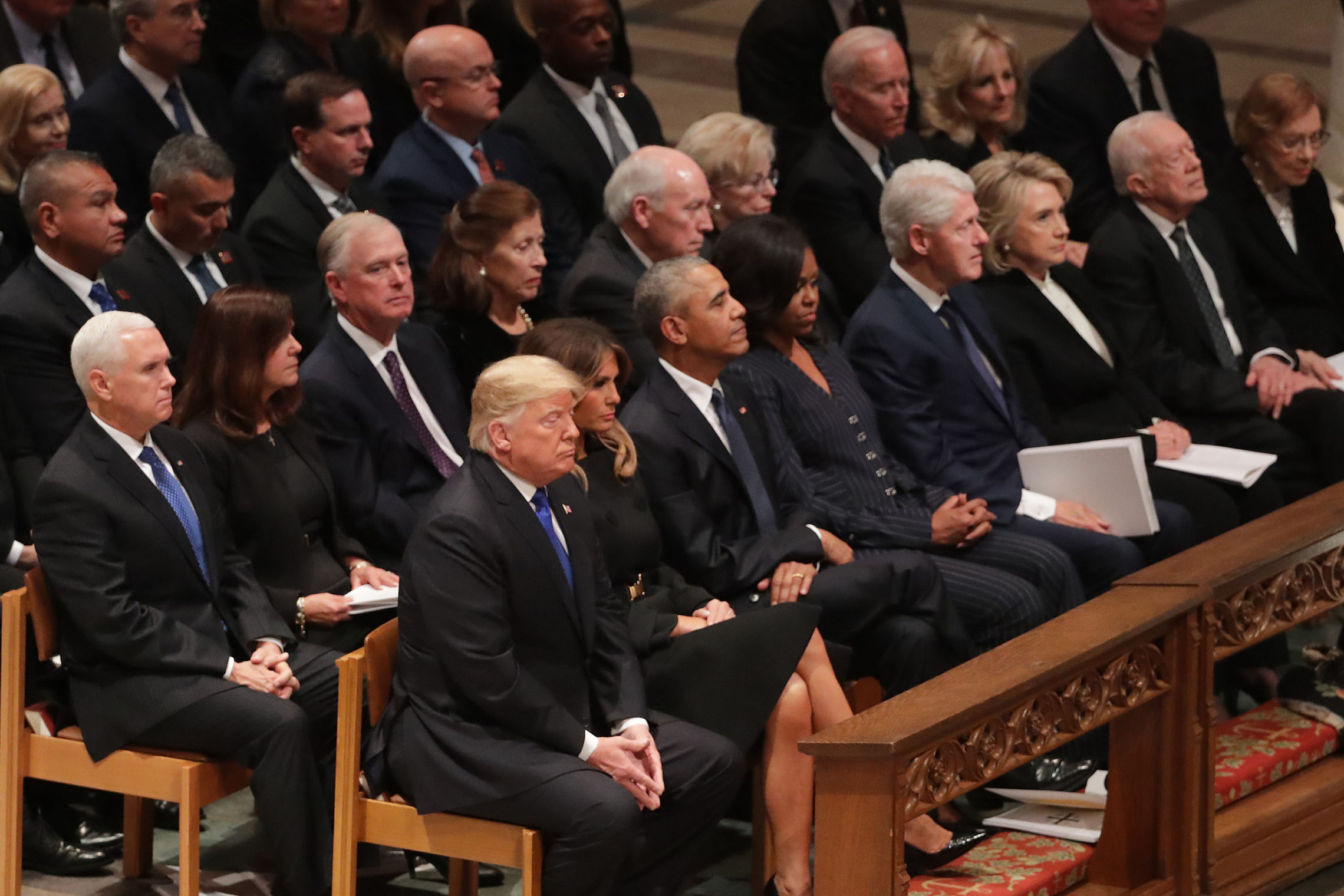 Former Sen. Alan Simpson, R-Wyo., recounted the time he and Bush saw the musical Evita about the life of Argentine first lady Eva Peron and how on the way back from the theater they were singing “Don’t Cry For Me, Argentina” together. Simpson said Bush loved a good joke but could “never, ever remember the punchline, and I mean never.”

You can read the full program here.

Bush was transported to the cathedral in a procession from the U.S. Capitol, where his casket had lain in state since Monday.

Following the service, the body will be flown to Texas, where Bush will be laid to rest on Thursday at the Bush Presidential Library and Museum in College Station, alongside his wife, Barbara, and their daughter Robin, who died at age 3.