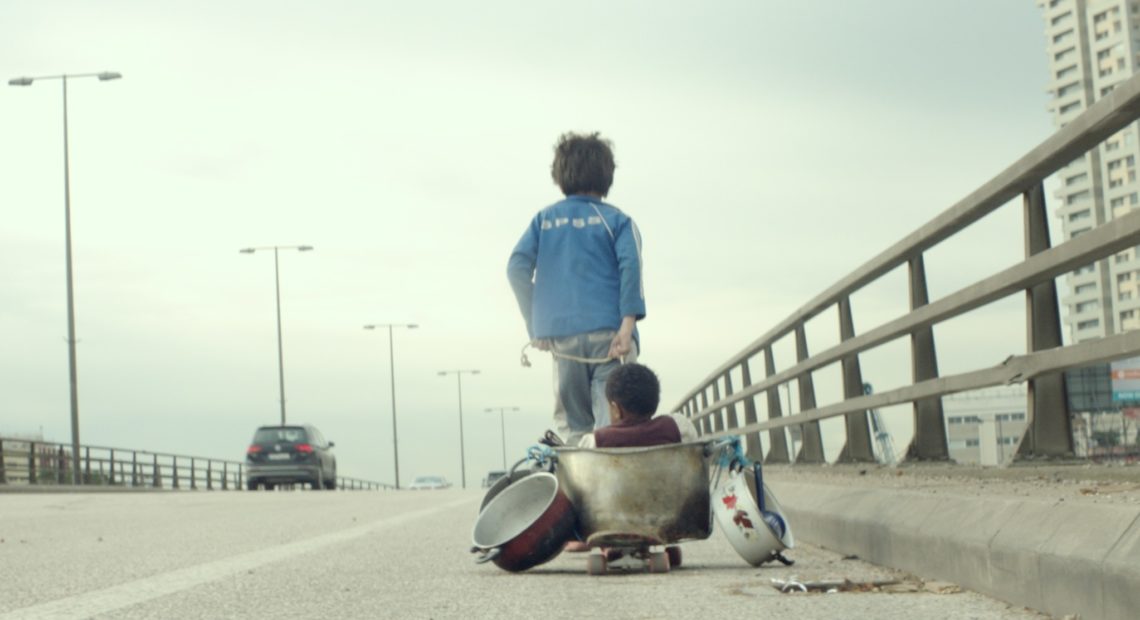 In one of the first scenes in Capernaum, the camera flies above the slums of Beirut.

There is no sight of the Mediterranean Sea or the glamour of the so-called Paris of the Middle East. This is another side of the Lebanese capital.

“You’re seeing dilapidated buildings, children running around playing with pieces of metals and just whatever they could find on the street, not actual toys,” film critic Nana Asfour said.

The Jury Prize winner at this year’s Cannes Film Festival tells the story of Zain, a streetwise 12-year-old, who flees his abusive parents and later sues them for the “crime” of giving him life. It opens in the U.S. this week, days after earning a Golden Globe nomination and a place on many critics’ best-of lists (including NPR’s).

Lebanese filmmaker Nadine Labaki said the dystopian images in her film are a reflection of Beirut as it is today. It’s also captured in the film’s title.

“Capernaum in French is used usually in French literature to signify chaos, to signify hell, disorder,” she said.

In recent years, Lebanon has taken in more than a million refugees fleeing the war in neighboring Syria. Labaki said the sight of hundreds of children begging on the streets has become the new normal. She still remembers the night that she decided she had to do something.

“I was one day coming back from a party at 1 o’clock in the morning, and I see a mother with her child begging,” she said. “He was almost, like, 2, and he was dozing off and he couldn’t sleep,” she said. “And we were not giving him the right to sleep. And it struck me: Everything that this kid is going to know for the next two, three years is this half-a-meter sidewalk. It’s his only playground.”

Labaki was pregnant at the time.

“How come we got to that point?” she said. “How do we allow for such injustice to happen to the most fragile human beings in our society?”

In an attempt to find answers, Labaki began working on the film as a reporting project with her husband and collaborator, the film composer and musician Khaled Mouzanar. After it became evident that nobody would initially finance the story, the couple mortgaged their home and set out to bring the story to screen. 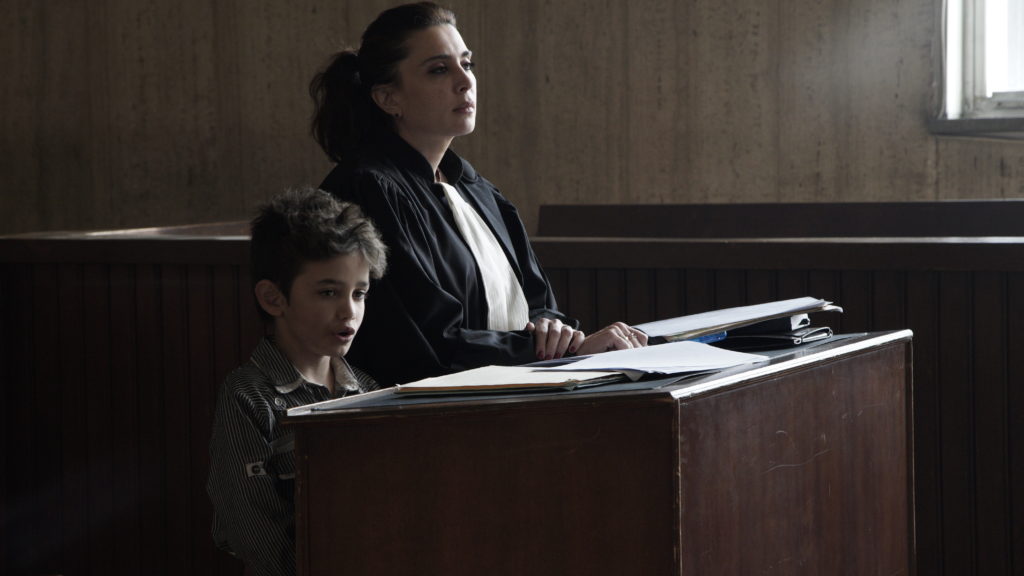 In Capernaum, Zain (Zain Al Rafeea) takes the stand to sue his parents. In a cameo appearance, his lawyer is played by the film’s director, Nadine Labaki. CREDIT: Fares Sokhon/Sony Pictures Classics

“We spent four years with all these people in the poorest and darkest places of Beirut, where all these people end up after going on the streets of rich neighborhoods where they are beggars,” Mouzanar said. “They go back to these places where they live, and it is close to hell.”

Labaki said she always knew she wanted to tell the story from a child’s point of view. So she interviewed hundreds of kids living on the streets.

“I used to make it a point at the end of the conversation to ask them: Are you happy to be alive?” she said. “And most of the times the answer was no. They just see themselves as insects, as parasites — some of them used those words. ‘I’m just an insect. I’m just a parasite. I don’t exist. I’m invisible.’ So I wanted to translate this anger.”

Capernaum shows the hunger, suffering and abuse that drove Zain into a courtroom.

“And by suing his parents he’s also suing a system, a whole society that is not allowing him to have his basic rights,” Labaki said.

Critics have praised the film for its immersive qualities, and for the extraordinary performances from a cast of first-time actors. Capernaum often feels more like a documentary — and that’s because so much of it is not fiction, Labaki said. For example, the actor who plays Zain is actually a refugee named Zain Al Rafeea.

“There’s no extras in the film,” she said. “You know, we come to a place, we shoot with everything in it. With the people, we shot in the prisons with the prisoners — these are real prisons. The apartments are real apartments — the drawings on the walls are drawings made by kids who lived in these apartments. So the rule was to intervene the least possible in order to be able to tell the truth.”

In one of the film’s most powerful scenes, Zain’s beloved sister is being taken away after being sold into marriage. The young actor runs after a motorcycle in tears.

Before the critical success of Capernaum, Labaki was already one of the most-celebrated filmmakers in the Middle East. She said she fell in love with the movies as a child growing up during the Lebanese civil war.

“We were somehow confined for a very long time behind sand bags and we couldn’t go outside,” she said. “We couldn’t go to school, so boredom was a big part of my life, and I was very lucky because I lived right above a small video store that used to rent VHS tapes, and we used to sneak behind those sandbags to go inside and rent those films over and over again.”

Labaki’s first film, Caramel, was a lighthearted feminist comedy about four women working in a Beirut beauty salon. It was an international hit.

Capernaum is a departure in tone, intensity and style for the filmmaker — and features her most unapologetically activist agenda.

“I want to believe that I am able to make a change, so I decide to use my tool, which is filmmaking, to tell the story of what I was witnessing,” Labaki said.

The film takes on urgent global issues — child poverty and migration among them — but film critic Nana Asfour says it succeeds because it is first and foremost a great piece of cinema.

“The cinematography is great,” she said. “The editing is fantastic. The acting is incredible that she coaxed such amazing performances out of these non-actors.”

“What do they mean by that?” she said. “But I cannot do anything toward cynicism, you know, toward people who just decide to be cynical toward me wanting to tell the story because I haven’t lived … of course I haven’t lived their lives, but somebody needs to tell that story, somehow.”

Besides, Labaki said, her film is two hours long. The real story will be playing on the streets of Beirut for generations to come.