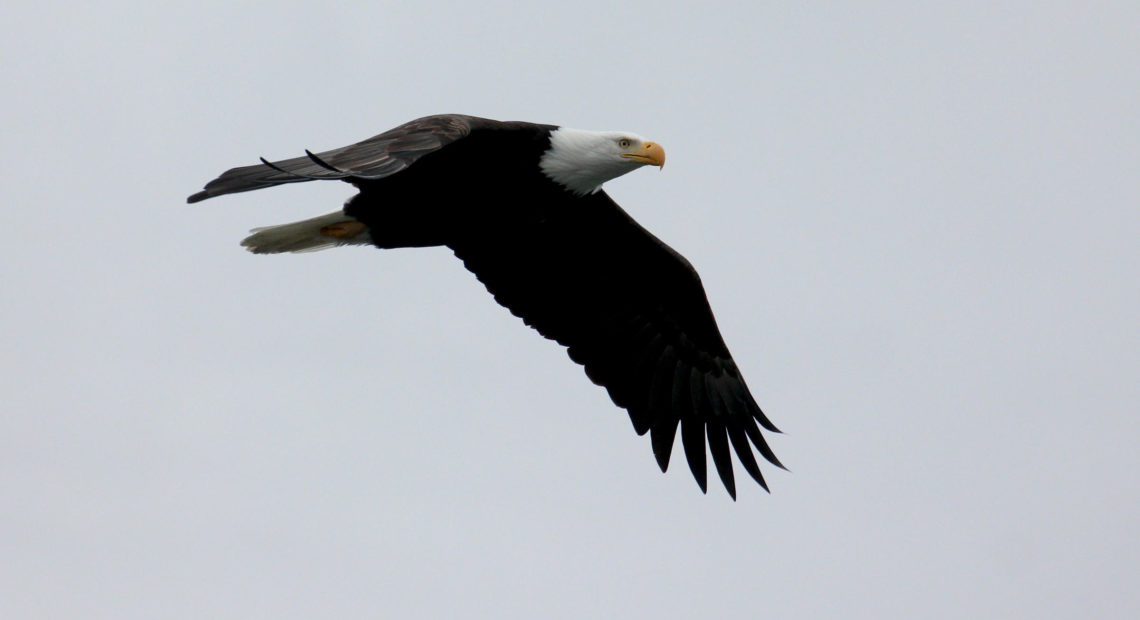 From mid-December to February, hundreds upon hundreds of bald eagles flock to the Skagit River in northwest Washington to feast on spawning salmon. It’s one of the biggest seasonal concentrations of eagles in the Pacific Northwest, but this eagle watching hot spot is being affected by changing cycles of nature.

Researchers from the National Park Service and U.S. Geological Survey observed the timing of the peak eagle convergence has moved about two weeks earlier over the past 30 years. The bald eagles are following the chum salmon run, which is moving earlier by about half a day per year for reasons that are not entirely clear, but might have to do with changing water temperatures.

“The reason floods are important is that they wash the salmon carcasses back out to sea,” Ransom said. “So when we have a big flood, the food gets washed away. Then eagles need to look somewhere else.”

The statistically-modeled peak of the bald eagle migration to the Skagit River now falls in the week of December 23-30, according to a new study by the researchers. Their paper was published online in the Journal of Applied Ecology.

One thing that is not moving is the timing of the Skagit Eagle Festival, firmly rooted in January. Ransom said there are still plenty of eagles around then.

The eagle viewing and festival events attract thousands of people from around the world, according to the Chamber of Commerce in the small gateway town of Concrete, Washington. The highest concentrations of bald eagles typically can be found between Rockport and Marblemount. 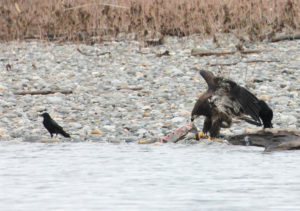 An immature bald eagle feeding on a salmon carcass, the food that draws eagles to the Skagit River every winter. CREDIT: JASON RANSOM/NPS

In the recently published study, Ransom and his two co-authors reported that average weekly bald eagle counts along the Skagit dropped gradually by at least one-third from a high point recorded around the year 2000. Before 2000, eagle numbers rose as the raptors recovered from reproductive failures caused by the now-banned pesticide DDT.

“It doesn’t mean the eagles are dying, but it could just be that they’re somewhere else on the landscape,” USGS biologist Madeleine Rubenstein said in an interview Thursday. “They could be on a different river. Nationally, eagles are doing OK.”

Rubenstein was the lead author and data analyst on the study, which drew upon more than 30 years of winter eagle counts spanning from 1982 to 2016. She works out of the National Climate Adaptation Science Center in Reston, Virginia.

Rubenstein and Ransom said the interconnecting relationships between salmon, eagle counts and river flooding highlighted by their study could be relevant to hydroelectric dam managers. Winter water releases from three large dams operated by Seattle City Light can quickly submerge gravel bars where salmon carcasses wash up and eagles feed on the upper Skagit River.

“It adds another layer of complexity to what dam managers have to keep in mind,” Rubenstein said. “The eagles need access to the salmon not just when they’re alive. They need access to low flow after the salmon have died.”

A three-judge panel of the 9th U.S. Circuit Court of Appeals said Friday the young plaintiffs had “made a compelling case that action is needed,” but they did not have legal standing to bring the case. Continue Reading Youth-Led Climate Lawsuit ‘Reluctantly’ Dismissed By Federal 9th Circuit Appeals Court 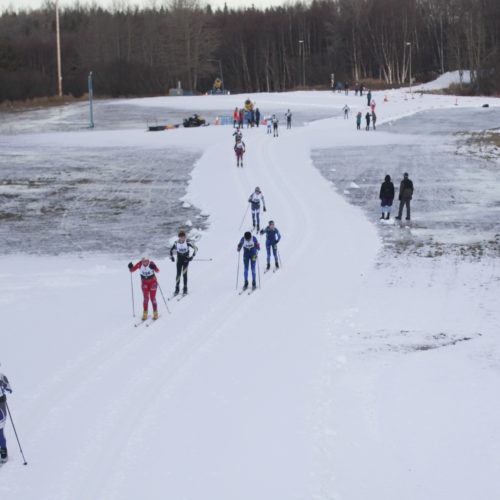 More Ice And Less Snow Gets A Chilly Reception In Anchorage

As the climate warms, recent winters in Anchorage, Alaska, have seen more ice. The trend is leading to safety concerns and new measures to cope in this city where winter is defined by snow. Continue Reading More Ice And Less Snow Gets A Chilly Reception In Anchorage