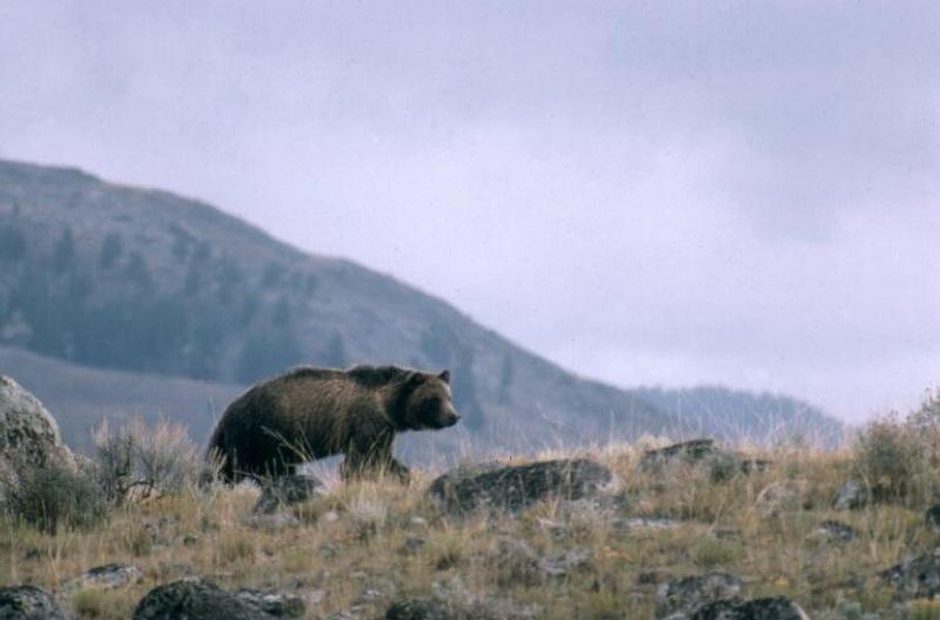 A controversial plan to reintroduce grizzly bears to Washington’s North Cascades will not be finished by the end of the year. Federal officials had pushed to bring grizzlies back to wilder parts of the state. Those efforts have stalled.

Grizzlies in Washington are down to just a handful of bears. Biologists say if nothing is done to help them, they will disappear from the state for good.

The 30-year effort to reintroduce bears into remote spots in the North Cascades has gone through fits and starts. But a decision seemed to be moving forward earlier this year after Interior Secretary Ryan Zinke made a surprise visit to the region in March. Zinke said he was “in support of the great bear.”

“I’m not going to make a prejudgment, but I can tell you the winds are very favorable,” Zinke said about finishing up a final reintroduction plan by Dec. 31.

Reintroduction proposals vary, from doing nothing to slowly reintroducing up to 200 bears over a 100-year period. 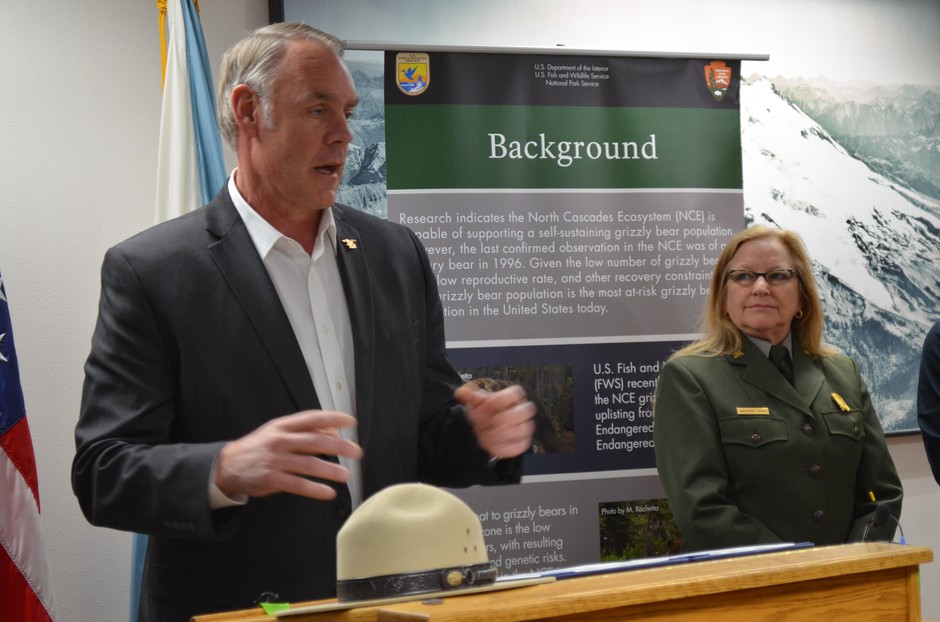 Zinke, who grew up with grizzlies in his home state of Montana, said the plan should be “done right. … This is not the reintroduction of a rabbit.”

Now that Zinke has resigned amid investigations into real estate dealings and his time in office, conservation groups question the future of the plan.

Joe Scott is the international programs director at Conservation Northwest, which supports the grizzly reintroduction.

Some ranchers and property owners had fought the reintroduction effortsfrom the start — one public hearing in the early 1990s got so heated that a woman spit on a public official. This time around has not been so contentious, but some ranchers still say they don’t want to see another predator on the landscape.

Republican Rep. Dan Newhouse, whose large district includes central Washington and the North Cascades region, sought to deny funding of any translocation of grizzlies into the state. That bill eventually failed.

“Rep. Newhouse has requested that the Interior Department first hold public meetings before moving forward on any proposal to reintroduce grizzly bears in the North Cascades,” a spokesman said in an emailed statement.

The federal government held six scoping meetings in 2015. It held eight public hearings and two webinars on a draft environmental impact statementin 2017, including hearings in Omak and Winthrop. They received more than 126,000 public comments on the draft plan.

Federal officials also provided informal updates at 70 other meetings across the region, including with tribes, elected officials and interest groups, like cattlemen, conservation organizations and recreationalists.

“In response to requests from stakeholders, including specific inquiries from Congressman Dan Newhouse, the two bureaus are taking appropriate additional time to consider and evaluate further stakeholder input to inform the planning and decision making process. Public input, reliance on the best available science, and coordination with affected communities, agencies, and organizations will be critical before any decision is made,” an Interior Department spokesperson wrote in an emailed statement.

There is no timeline yet for when or how that public input will be collected.

“If this [process] isn’t good enough, what is?” Conservation Northwest’s Joe Scott said. “It’s baffling to me that you don’t look at this and say, ‘My god, it’s a model for how we do this stuff.’ It’s exactly what opponents — and proponents, for that matter — have asked for to guide this thing so that you get the best possible alternatives and public participation.”

Meanwhile, Scott said this plan needs to move forward before grizzlies in the North Cascades blink out. Right now, there may be fewer than five bears left. He said it’s uncertain whether any female bears remain.

“It’s going to take decades to actually restore these animals on the ground — to actually get to a point where we can safely say that grizzly bears are on the road to recovery,” Scott said. 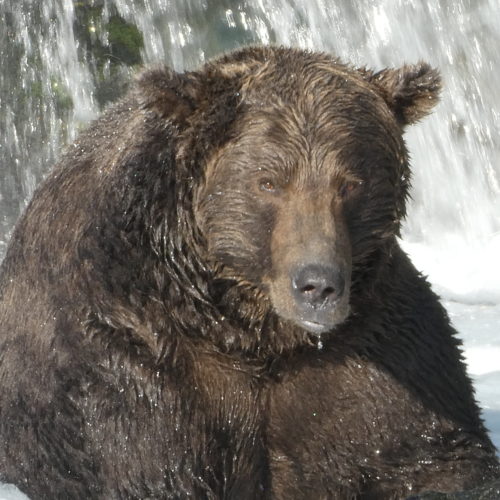