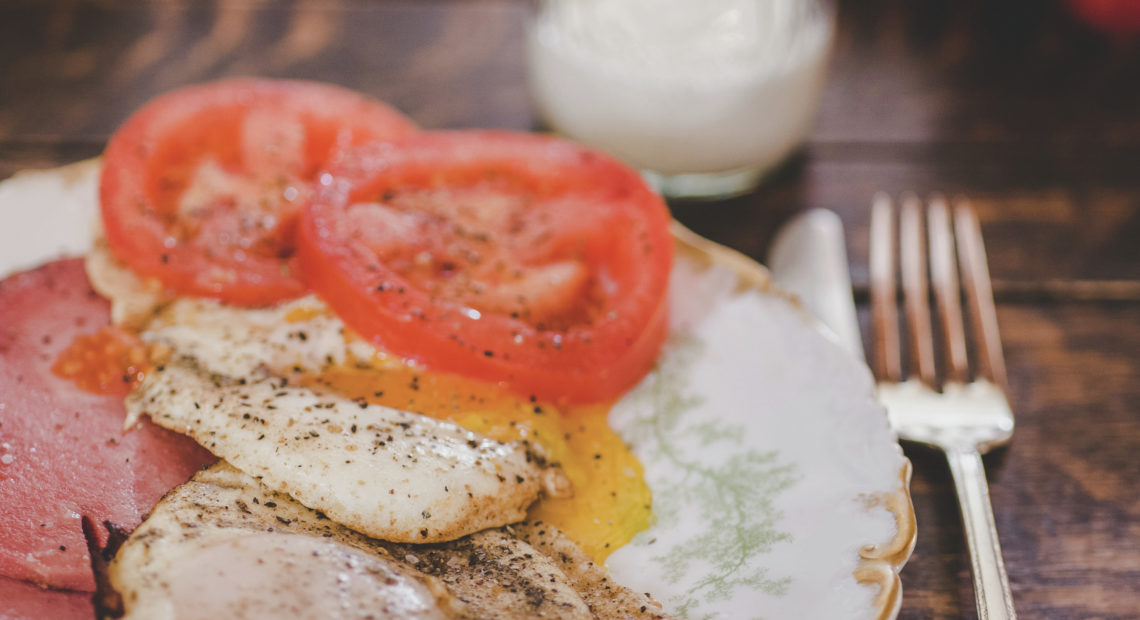 Ring Of Kitchen Fire: Eat Like Johnny Cash With This Cookbook From Country Music’s First Family

PHOTO: Fried bologna and eggs is one of the dishes included in The Cash And Carter Family Cookbook. CREDIT: Courtesy of Sara Broun

Music was an integral part of life in the home of country music stars Johnny Cash and June Carter — as was Southern cooking.

Recipes and stories from The Cash and Carter Family Cookbook, compiled by their son, award-winning record producer John Carter Cash, now give readers a chance to experience what it was like to sit at the dinner table of two music legends.

Carter Cash’s cookbook includes everything from his mother June’s tomato, red onion and avocado salad to his father Johnny’s old iron-pot chili. It also includes recipes passed down by his grandmother, Maybelle Carter, otherwise known as the mother of modern country music.

The recipes, Carter Cash said, give a taste of both the diversity of cuisine the family ate when traveling on the road and the Southern comfort food that his father grew up eating. Much of the food — biscuits and gravy, baloney and eggs, and a dish called a “Cash Burger” — is hearty and homey.

In 2013, NPR’s Don Gonyea wrote about his interview with Carter Cash’s dad, Johnny Cash, in the early 1980s. Perhaps hinting at his Southern cuisine diet, Cash had joked then that he wore black because it was slimming.

Now, more than 30 years later, Gonyea interviewed his son, John Carter Cash, for Weekend All Things Considered, and asked him if his parents were as talented in the kitchen as they were on the stage.

On his grandmother’s quest for a sour pickle recipe

The first recipe from her in here is half-sour pickles, or sour pickles, depending on how long you ferment them. She traveled in the 1930s to New York City and I remember her telling me that she learned how to make pickles in New York, trying to copy how they were made in the delis. I remember eating different foods at her house that were varied from around the world, but there was always this tie-in with Southern flavor.

On what “Southern flavor” really means

People come to Nashville where I live and they say, “What’s a great Southern restaurant?” Well, you got to know the right grandmother, because there’s a lot of magic to good Southern cooking. So, my cookbook is laid out as a matter of cooking theory in some ways, because there is a recipe that you can use as a guideline, but I support and endorse the idea that the cook needs to develop their own flair and their own unique touch to make something beautiful of their own creation.

On his father’s cooking flair

He made his iron pot chili with cuts of sirloin or maybe cuts of venison if it was around, and slow-cooked it for hours upon hours. Then, he would go by the chili pot with a handful of cornmeal in his hand — I remember seeing this so many times when I was a boy — and he would throw the cornmeal at the pot. You didn’t know how much was going to get into one pot of chili to the next. However much it was — that was the specific texture and thickness of that chili. So, there was a whimsical nature to some of their creations.

On his mother’s “stuff” recipe

My mother did a fried vegetable dish called “stuff.” It’s fried potatoes and carrots. Then you add bell peppers, mushrooms and other softer vegetables. At the end you add onion. Then, you steam the dish with hot pepper cheese on the top and it melts down through the dish. It’s delicious. It’s wonderful. My goodness, I’m getting hungry.