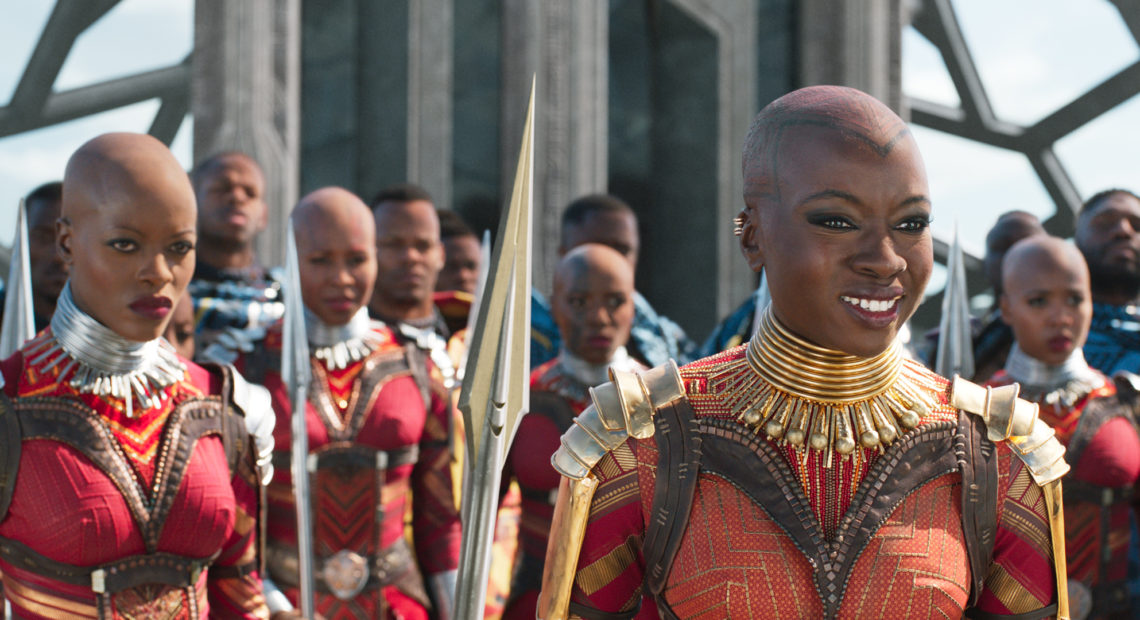 Consider the cast of fierce female characters on screen in 2018.

These movies have both star power and Hollywood muscle behind them. Yet studies persistently report that women are not equally represented on the big screen. So do this year’s badass heroines mark a change in the movie industry? And will these characters play differently in the age of #MeToo?

In 2018, movie theaters offered a range of explorations of women and power: how they wield it, fight for it, abuse it. In the occasionally absurd tragicomedy The Favourite, power is rarely pretty, whether it’s Queen Anne’s (Olivia Colman) childish hissy fits or the seemingly innocent servant Abigail’s (Emma Stone) blatant ass-kissing.

Olivia Colman says her queen would probably prefer to be anywhere but on that throne.

“She’s in a position she never chose to be in,” Colman says. “She’s highest on the mountain in the nation at the time. But she would probably rather not be if she could guarantee that she could have more happiness in her life. She doesn’t know if anyone loves her for real.”

“[Lanthimos is] really making us think about how one can have a moral core and center, but be knocked off-center in particular ways,” Mask says. “And how women can succumb to the same desires for power that men do.”

It’s a different story altogether, Mask says, when women gain their power out of necessity. She points to Alphonso Cuarón’s, Roma in which Yalitza Aparicio plays the quietly resilient domestic worker, Cleo. She takes care of everything: the children, the house, the pet dog’s waste.

When the father abandons the family she takes care of, his wife tells Cleo, “We women are always alone in the end.” Cleo seems to have known this all along.

“One of the strongest themes I feel in Cuarón’s film is that women, mothers, domestic caretakers have a kind of under-appreciated tenacity of spirit,” she says. “They’re really the backbone of these families.”

It’s a completely different kind of film, but the women in Widows are forced to find their inner power — more specifically, their inner criminal. With Viola Davis as the alpha, Widows also stars Michelle Rodriguez, Cynthia Erivo and Elizabeth Debecki as women who muster the courage to commit a heist because they need the money to pay off the debt their dead husbands left them.

Directed by Steve McQueen with a screenplay by Gillian Flynn (Gone Girl), Widows is adapted from a 1980s British TV series. Flynn says she told McQueen that some of the women need to have children so that women watching will relate to their plight. As Rodriguez’s character says: “If this whole thing goes wrong, I just want my kids to know that I didn’t sit there and take it.”

Widows was in production well before the #MeToo movement made it into the mainstream. But Flynn can’t help but think that audiences — especially women — will feel differently about these characters.

“Ultimately they are coming alive because they are finding rage and finding their empowerment and pushing back,” Flynn says. “And that … has been so much of what the #MeToo movement has been about.”

Despite the number of fierce females on screen this year, overall representation of women on screen remains low. A study released in 2018 by the USC Annenberg Inclusion Initiative found that while women make up half the box office, about one-third (33) of the top 100 movies in 2017 had a female lead or co-lead. (The same number was 34 in 2016 and 32 in 2015.)

Josie Rourke, who directed the movie Mary Queen of Scots, spent several years working in theater, where she says the situation has also been slow to change. As “ridiculous” as it might sound, Rourke says, “I was the first woman director to run a major London theater … and that was only 7 1/2 years ago.”

Set in the 16th century, Mary Queen of Scots explores the rivalry — and kinship — between Mary (Saoirse Ronan) and Queen Elizabeth (Margot Robbie). These queens are constantly grappling with how to use and keep their power without getting killed.

“It’s specifically a movie about the cost of power,” Rourke says. “So one of the things that the screenwriter Beau Willimon and myself were really keen to portray is what these women had to sacrifice in order to keep a hold of their thrones at a time in history where people thought — many people thought — that the idea of a queen was a complete aberration.”

Rourke, Flynn and Colman all say there is no shortage of powerful female characters out there. But they also believe we’re still not seeing enough of them on screen.

Colman optimistically points to the TV phenomenon Dr. Who. For the first time ever, a woman is in the starring role. Colman recalls a YouTube video of a little girl watching the announcement.

“When it’s revealed who the doctor is, she just sort of bursts into tears and says, ‘It’s a girl!'” Colman says. “And it’s one of the most beautiful things. Girls are so thrilled that there’s a female role model and boys are accepting of it. And so the next generation, it feels so promising — that if we show that it’s fifty-fifty, they’re going to just take it as the norm.”

For years, conventional wisdom in Hollywood held that heroines didn’t have the same commercial appeal as heroes. But another study, by the research firm Shift7 and Creative Artists Agency, found just the opposite.