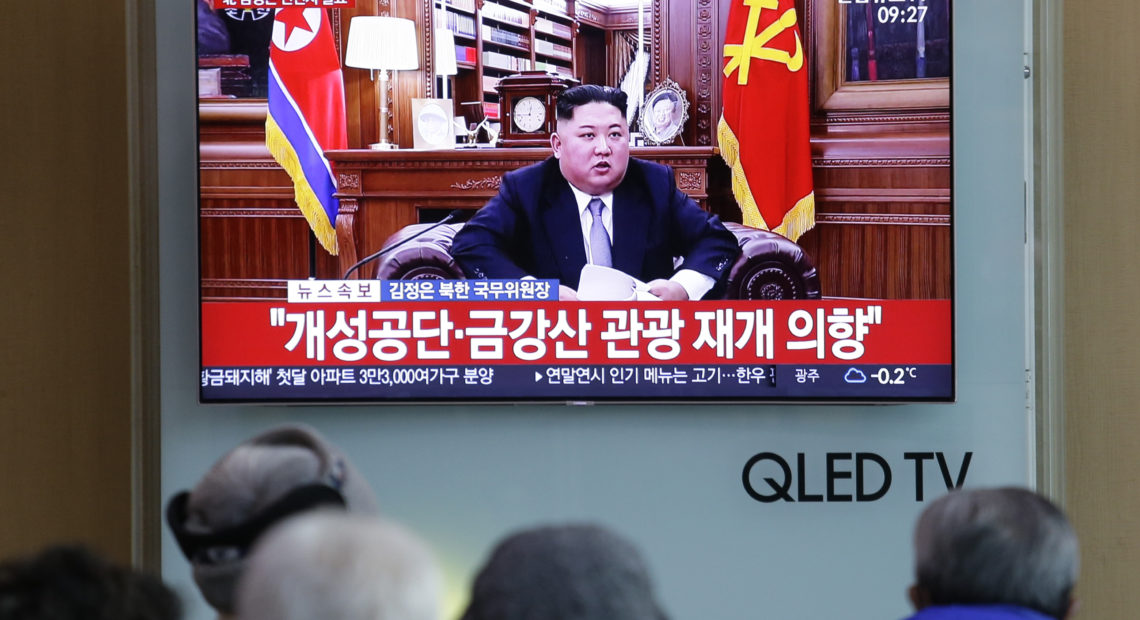 In a New Year’s address on Tuesday, North Korean leader Kim Jong Un said he is eager to renew face-to-face negotiations with President Trump after a bilateral summit in June, but suggested that he could ramp up nuclear weapons development if the U.S. does not end economic sanctions against Pyongyang.

In the speech broadcast on state television, Kim said he is ready to meet Trump at any time to forge an agreement “welcomed by the international community.”

However, if the U.S. did not “keep its promise made in front of the whole world” and instead “insists on sanctions and pressures” on North Korea, “we may be left with no choice but to consider a new way to safeguard our sovereignty and interests.”

After months of bitter acrimony and public name-calling between the two leaders, Trump and Kim met in Singapore in June. At the summit, the president hailed a new beginning in U.S.-North Korea relations and an end to Pyongyang’s nuclear program.

Since then, the North has halted nuclear and ballistic missile tests. However, the summit produced little in the way of concrete progress toward denuclearization.

In October, the president said he wanted to hold a fresh summit with Kim after the midterms, but did not specify a date.

“It is the unwavering position of our party and the republic’s government and my firm will that the two countries as declared in the June 12 joint statement … take steps to establish a permanent and stable peace regime and push toward the complete denuclearization of the Korean Peninsula,” Kim said.

Although Kim’s address — which has become an annual tradition in North Korea — is aimed mainly at a domestic audience, international observers parse his words to get a sense of the secretive Pyongyang regime’s intentions.

As The Associated Press notes, North Korea “over the past months has accused Washington of failing to take corresponding measures following the North’s unilateral dismantlement of a nuclear testing ground and suspension of nuclear and long-range missile tests.”

North Korea expert Bob Carlin, speaking at a conference call run by 38North.org, noted the possible significance of Kim proclaiming that the North is no longer producing nuclear weapons.

“This thing about halting production is new,” said Carlin, a non-resident fellow at the Stimson Center and Visiting Scholar at the Center for International Security and Cooperation at Stanford University.

“It was in my mind quite extraordinary all the attention [Kim] paid to the question of negotiations with the United States,” Carlin said.

Following the June summit, reports based on satellite imagery suggested that North Korea was continuing or expanding its ballistic missile production.

Earlier this month, CNN reported evidence that a North Korean missile base near the Chinese border was also being expanded.