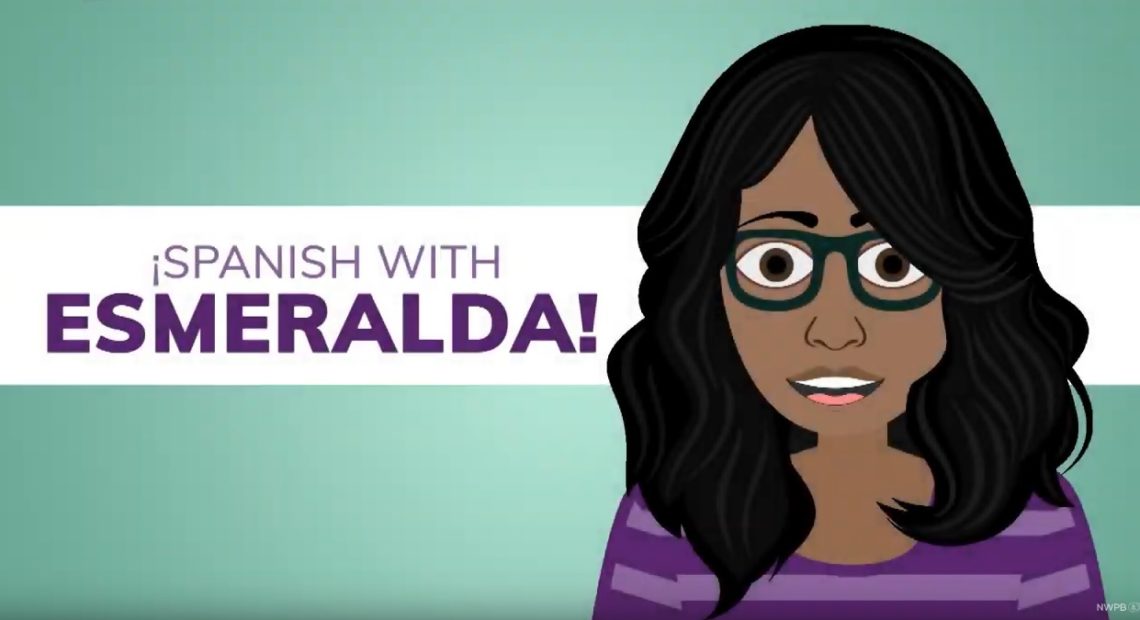 Northwest Public Broadcasting is proud to announce its first season of ¡Spanish with Esmeralda!

The series is made up of 10 mini-episodes of less than a minute each. The goal is to introduce young learners (or anyone brushing up their skills) to common Spanish words.

Whether it’s numbers or colors, the seasons or toys, Esmeralda teaches kids and adults of all ages in fun, fast and easy lessons.

Their hope was to bring Latino narratives and the Spanish language to Northwest audiences.

“There’s a joy in being able to share your language and culture,” Jimenez says. “I’m happy to see how the series turned out, and hope we get to create more projects like this.”

Watch all the episodes on your local NWPB TV stations or on YouTube.