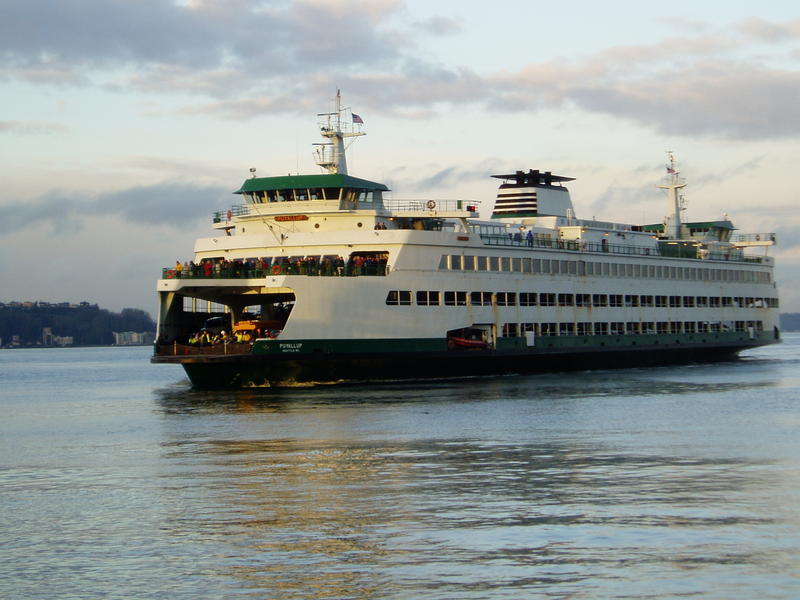 Washington State Ferries has come up with a plan to replace more than half of its fleet with new, electric-powered ferries. But the new plan faces hurdles from a cost standpoint and limited shipyard capacity.

The nation’s largest ferry system would become younger and greener, but not much bigger under a strategic plan just delivered to the Washington Legislature. The blueprint for the next two decades envisions buying 16 new ferries to update the aging fleet and to have more vessels in reserve.

“With an overall fleet size of 23 vessels in 2019, and more vessels scheduled for retirement each subsequent year, it is clear that without investment in vessel replacement, a growing risk to service reliability accumulates every year,” reads the WSF 2040 Long Range Plan. “Even with a one-for-one replacement as older vessels retire, the current fleet size does not include sufficient relief vessels to support a reliable system.”

Providing system capacity enhancements and environmentally-friendly vessels were among other top priorities to emerge.

The WSF road map envisions ending up with a fleet of 26 vessels by the year 2040, three more than the current fleet. All of the new ferries would have electric-hybrid propulsion as opposed to the diesel power now standard in the fleet.

Rodero says foreseeable hurdles include the need to modify terminals so new battery-powered ferries can plug in to recharge. Also, there are only one or two shipyards in Washington capable of building these boats, according to the planning document.

The legislature has long required new ferries to be built in-state. The “Build Them in Washington” policy is designed to keep the economic benefits of construction local, although budget hawks in the statehouse have criticized the policy for limiting competition and significantly inflating the price borne by taxpayers.

But the biggest obstacle to realizing the ferry system’s long range plan may just be that its cost far exceeds the dollars available from current revenue streams.

“We’re going to have to make some breakthroughs,” said state Rep. Gael Tarleton, a Democratic legislator the ferry system consulted during the long range plan development. “If you only build what you think you can afford today, you will never build to the capacity you will need 20 years from now.”

Were state legislators to adopt the ferry system’s construction wish list wholesale, they would have to find more than $6 billion in new revenue by 2035.

“Gas taxes are not going to get it done,” Tarleton said in an interview Monday.

In the near term, the blueprint calls for building five new mid-size vessels “as soon as possible to stabilize the system” using a current, open contract with Vigor’s Harbor Island shipyard. Future vessels could be a mix of 144-car and 124-car ferries with plug-in hybrid propulsion, delivered on a schedule of one new boat per year.

Democratic Gov. Jay Inslee’s budget proposal to the 2019 Legislature includes requests for two new 144-car ferries and money to retrofit two existing ferries with batteries so they can cross Puget Sound on electric power nearly all of the time”That aligns with our plan,” Rodero said. 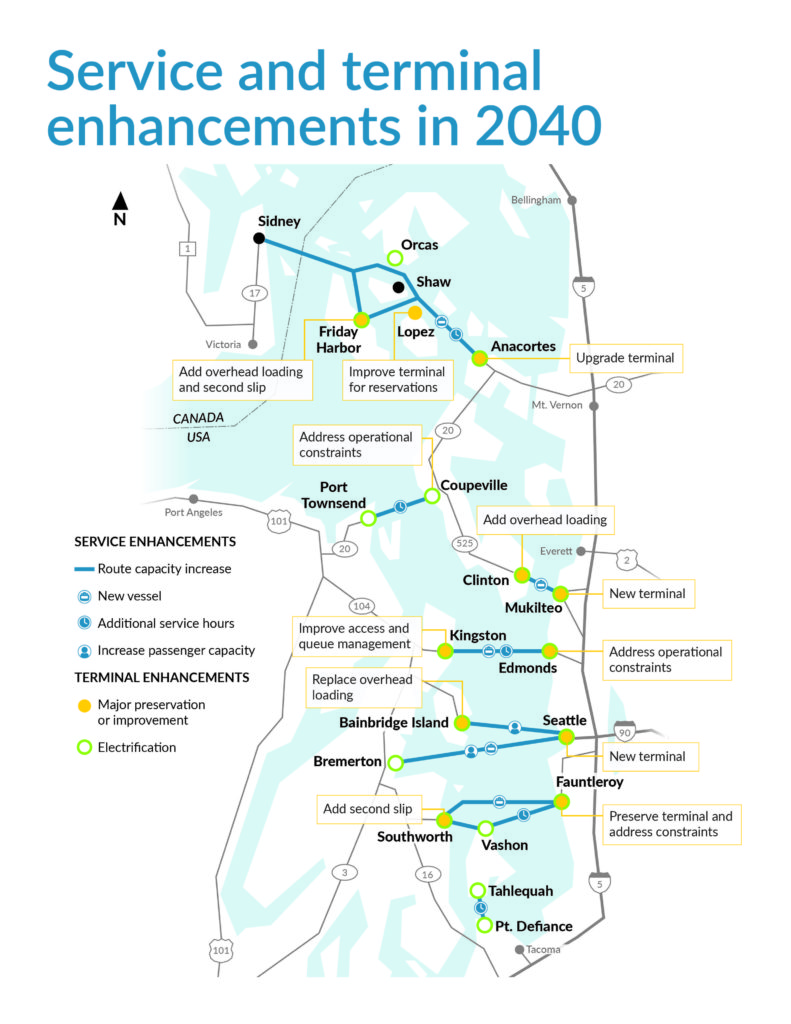 Washington State Ferries plans to enhance several of its routes by 2040. CREDIT: WSDOT 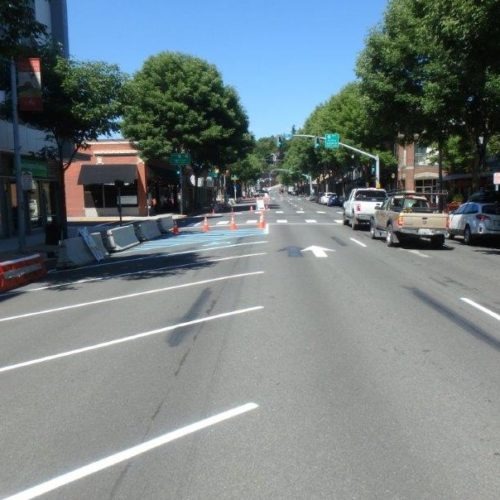 The coronavirus pandemic has brought many changes to how our lives are lived, from working at home to the now-ubiquitous masks. Now roads are changing, too. Continue Reading Take Your Horse (And Bike) To The Old Moscow-Pullman Town Road To See The Changes 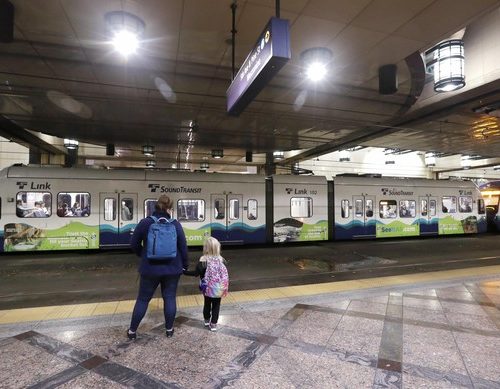 Seattle And King County Will Sue To Block Initiative 976, The $30 Car Tab Measure

If fully implemented, Initiative 976 would force the city to cut more than 100,000 bus hours and would hamper her program to provide free bus access for high school students and low-income residents, Seattle’s mayor said in a news conference. She also emphasized that voters in King County, which is home to Seattle, firmly voted against the measure sponsored by Tim Eyman. Continue Reading Seattle And King County Will Sue To Block Initiative 976, The $30 Car Tab Measure