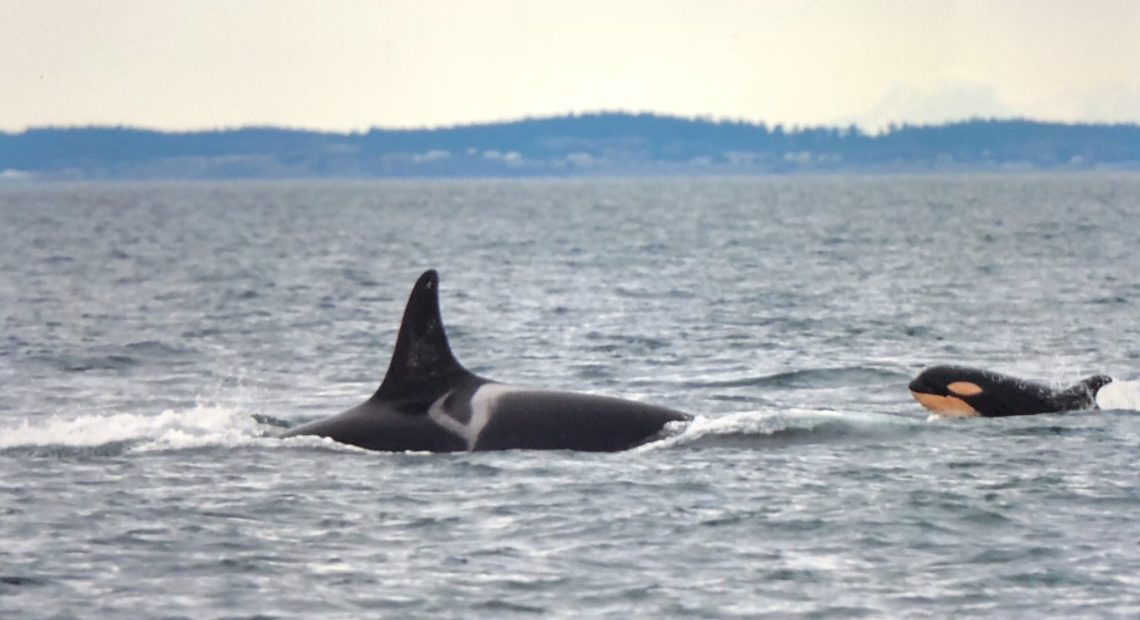 Researchers say there’s a new calf among the population of critically endangered killer whales that live in the waters between Washington state and Canada.

Ken Balcomb, founding director of the Center for Whale Research, told The Seattle Times that staff first saw the calf Friday at the eastern end of the Strait of Juan de Fuca.

The youngster looks healthy, but survival rates for baby orcas are only about 50 percent, he said.

The whales have been starving amid a dearth of salmon. Vessel noise and pollution have complicated their plight. No calf born in the last three years has survived.

One whale drew international attention when she carried her dead calf on her head for 17 days last summer.

Two other orcas are known to be sick, and researchers fear they could die within months.

The southern resident population of orcas differ from some of the other orca populations in eating primarily salmon, rather than seals or other marine mammals.

They were listed as endangered under the Endangered Species Act in 2005.

The following year, the fisheries service designated the inland waters of Washington state as critical habitat. The designation means federal agencies must ensure that activities they pay for, permit or carry out do not harm the habitat.

Nevertheless, the orcas’ population has remained dangerously low, increasing the risk of inbreeding, which could further hurt their long-term survival.

We have great news! We have a new baby L124, and mom is L77. We just got off the water, and we will have more pictures soon. pic.twitter.com/lti64P3U2R