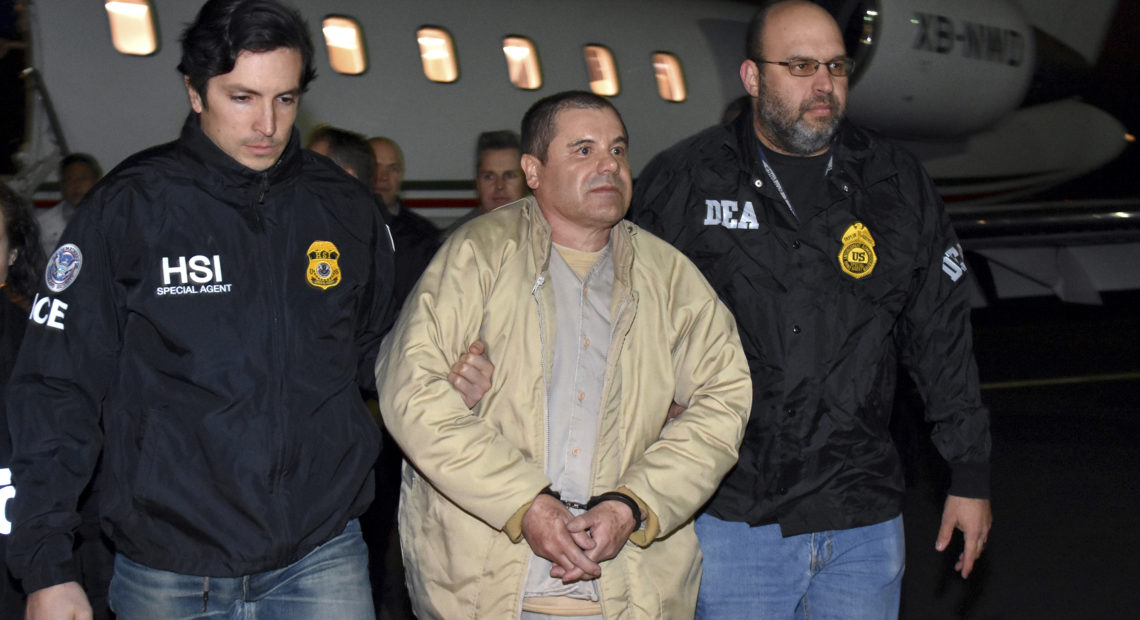 PHOTO: Joaquín “El Chapo” Guzmán faced 10 charges in the indictment, including engaging in a criminal enterprise — which in itself comprised 27 violations, including conspiracy to commit murder. CREDIT: U.S. law enforcement via AP

After a long trial held under heightened security at the federal court in Brooklyn, N.Y., a jury has found Joaquín “El Chapo” Guzmán, one of the world’s most notorious drug kingpins who led Mexico’s Sinaloa cartel, guilty on all 10 counts related to drug trafficking.

The 61-year-old faces the possibility of life in prison.

Tuesday’s verdict ended a dramatic trial that started in November and was filled with explosive testimony from Guzmán’s former cartel associates.

It included testimony from more than 50 witnesses, many of whom described Guzmán’s use of violence against his enemies.

Speaking after the verdict, U.S. Attorney for the Eastern District of New York Richard Donoghue, said it “will bring a sentence of life without the possibility of parole.”

“It is a sentence from which there is no escape, and no return,” Donoghue said. “This conviction is a victory for the American people, who have suffered so long and so much while Guzman made billions pouring poison over our southern border.” 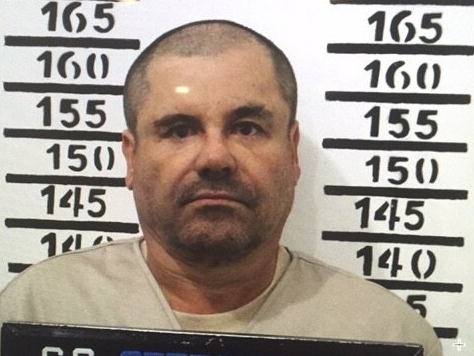 In a lengthy statement, the Department of Justice said Guzmán was convicted of being “a principal operator of a continuing criminal enterprise – the Mexican organized crime syndicate known as the Sinaloa Cartel – a charge that includes 26 drug-related violations and one murder conspiracy.”

Other charges included using firearms and manufacturing and distributing cocaine, heroin and other drugs.

His sentencing is scheduled for June 25.

Last week, Judge Brian Cogan gave jurors about three hours of instructions for their deliberations. He said he was confident that they had followed his instructions not to read or watch news about the case.

The entire jury has been anonymous for their protection. At one point, the judge told the foreperson to sign notes using her name but then corrected that instruction and told her to use her juror number instead to keep her identity secret.

The jurors — four men and eight women — deliberated for days, asking for lengthy testimonies and whether ephedrine was considered methamphetamine.

In laying out their case, prosecutors spent 11 weeks calling witnesses, while the defense took 30 minutes and brought just one witness to the stand. The prosecution and defense delivered their final arguments to the jury in January.

Jeffrey Lichtman, one of Guzmán’s defense lawyers, gave an animated presentation, banging the podium, pacing before the jurors and patting his client on the shoulder.

“Forget fairness, forget justice, forget the law, forget ethical observations,” he said, in an apparent attempt to portray the government as ruthless. “None of it matters, just get Chapo.”

The prosecution had produced a “scripted event,” he said, with cooperating witnesses who “lie, steal, cheat, deal drugs and kill people.” And if Guzmán was convicted, all of those people would be released, he said.

Lichtman cast doubt on whether some of the murders that witnesses described ever happened. He called Guzmán “the rabbit” that Mexican authorities were chasing when the true mastermind behind the Sinaloa cartel was Ismael “El Mayo” Zambada.

At one point, he played off Guzmán’s short stature that earned him his “El Chapo” nickname, slang for shorty. “That 60-year-old man who’s this big is whacking people with a tree branch for three hours?” he said.

Assistant U.S. Attorney Amanda Liskamm led the prosecution’s rebuttal, urging jurors not to fall for the defense’s smear. “The day cocaine conspiracies are made in heaven is the day we can call angels as witnesses,” she said.

Federal prosecutors accused Guzmán of using bribes, violence, drug trafficking and money laundering to become one of the most powerful drug lords in the world.

Prosecution witnesses offered testimony that swung from the bizarre to the shocking. According to testimony, he had a diamond-encrusted pistol and a gold-plated AK-47; he kicked off a cartel war after a rival refused to shake his hand; he and a mistress once fled naked through a secret tunnel under a bath tub; he escaped from a Mexican prison with the help of his wife, Emma Coronel Aispuro; and, in one of the most controversial allegations, he bought off Enrique Peña Nieto for $100 million — a claim the former Mexican president has denied.

There also were grim accusations revealed only in court documents, including one last Friday which was unsealed at the request of The New York Times and Vice News: Cooperating witness Alex Cifuentes said Guzmán raped a mistress and girls as young as 13.

Guzmán reviewed photos of the girls and, for a fee of about $5,000, they were brought to his ranches for sex. Cifuentes said he himself also raped young girls and assisted his boss by adding a “powdery substance” to the drinks of Guzmán’s victims. Guzmán allegedly called the youngest girls “vitamins” who brought him “life.”

In keeping the document sealed, prosecutors said in October that the salacious testimony was “not relevant to any fact of consequence in this action” and could possibly lead the jury to improperly discount Cifuentes’ testimony.

The defense denied the rape allegations.

Guzmán’s 29-year-old wife attended the trial nearly every day, even as a mistress testified. She told The New York Times, “I don’t know my husband as the person they are trying to show him as.”

The weeks also brought details of the sophisticated methods that the cartel used to move its contraband, from secret landing strips to container ships and submarines. People who stood in the way were allegedly bribed, kidnapped, tortured or killed.

Guzmán already had humiliated Mexico by escaping from prison twice. Once he made a getaway in a laundry cart. And then there was the mile-long tunnel that began under his maximum security prison cell’s shower, a passageway that he told Penn had required sending engineers to Germany for training.

The cartel reportedly built some 90 tunnels between Mexico and the United States.

After a long manhunt, he was recaptured in 2016 by Mexican authorities on the outskirts of Los Mochis and extradited to the United States the next year. He arrived on U.S. soil and pleaded not guilty to U.S. federal charges.

In his interview with Penn, Guzmán described his humble beginnings, being born to a poor family in the western region of Mexico, selling oranges and candy to help the family until he got into the marijuana business.

In 2009, he made the Forbes list of world billionaires. Some Mexicans revered him as a rags-to-riches magnate who gave to the poor. Others saw him as a criminal who brought drugs and crime to their neighborhoods. To the U.S. government, he was “one of the most dangerous and feared drug kingpins.”

His mother, Consuelo Loera, said in a PBS documentary that her son had always dreamed of building an empire. “Even as a little child, he had ambitions,” she said. “I remember he had a lot of paper money — little notes of 50s and fives. He’d count and recount them, then tie them up in little piles. He’d say, ‘Mama, save them for me.’ ”