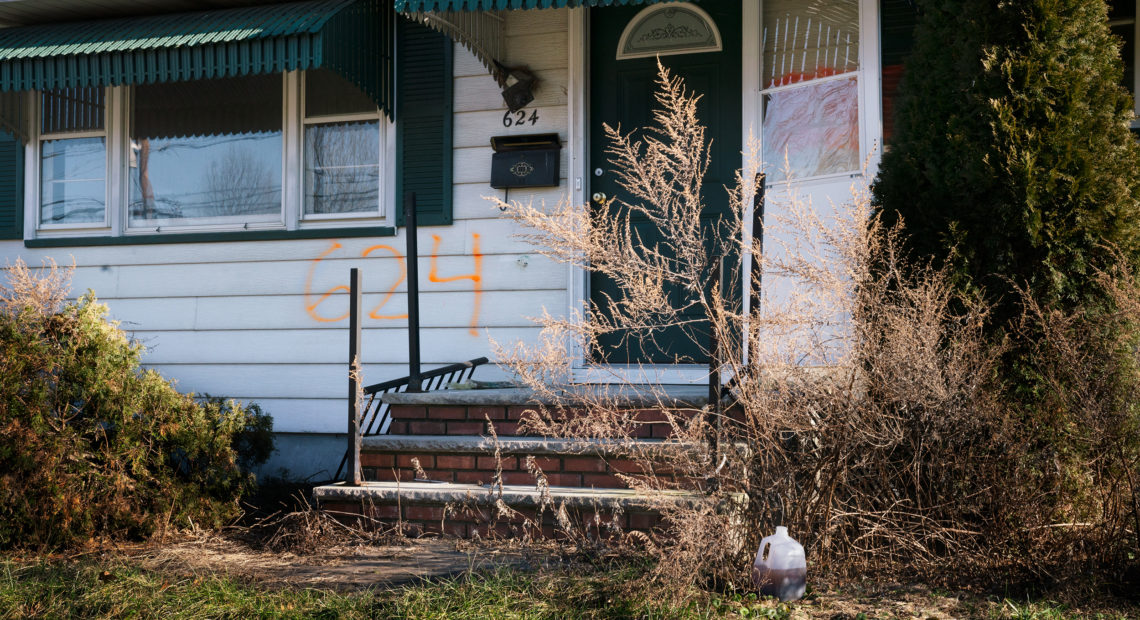 PHOTO: A home in the Lost Valley area of Manville, N.J. The numbers spray-painted on the front of the house indicate that it was bought as part of a federal disaster program. CREDIT: Claire Harbage/NPR

For many families, the nightmare of a catastrophic flood is only just getting started when the waters recede. But that nightmare — one that has become increasingly common across the United States — may be worse depending on who you are.

An NPR investigation found that white communities nationwide have disproportionately received more federal buyouts after a disaster than communities of color. Federal disaster aid is allocated based on a cost-benefit calculation meant to minimize taxpayer risk. That means money is not necessarily doled out to those who need it most but rather to those whose property is worth more — and to those who own property in the first place. That mirrors the existing racial wealth gap in the United States.

NPR analyzed records from a Federal Emergency Management Agency database of more than 40,000 property acquisitions, or “buyouts,” funded by the agency from 1989 through 2017. The program buys homes from eligible homeowners who opt in. It then turns those lots into open space.

NPR obtained the records after suing FEMA under the Freedom of Information Act. We then used the five-digit ZIP codes associated with the property addresses to compare the buyout data with U.S. Census Bureau data on demographics. We chose Census Bureau data sets that best corresponded with the time frame of each buyout record.

Some ZIP codes won’t come up with many — or any — records, which could mean that FEMA buyouts didn’t happen there during the time period for which we received records or that those records don’t appear in the database.

But other ZIP codes have hundreds of records. After Hurricane Floyd in 1999, the database shows, hundreds of households took buyouts along the East Coast in cities like Manville, N.J. (08835), where part of our investigation focused. The records indicate hundreds of buyouts after Hurricane Katrina in 2005 in places like Pearlington, M.S. (39572), which is close to where that catastrophic storm made landfall. Even without including 2017’s Hurricane Harvey, records for ZIP codes in flood-prone Houston (like 77040) show more than 1,600 buyouts dating back to 1995.

The database also includes more than just severe flooding: A 1998 landslide resulted in dozens of buyouts in Kelso, Wash. (98626), and in 1991, an ice storm wreaked havoc across parts of Indiana (46060 and 46952, among others), according to the database.

Use the tool here to search for FEMA buyouts in your ZIP code or any other part of the country. Any records found will be returned with the most recent ones first. The federal “Fiscal Year” shown can refer to when the disaster occurred or when federal funds were allocated. You can also download the entire database.