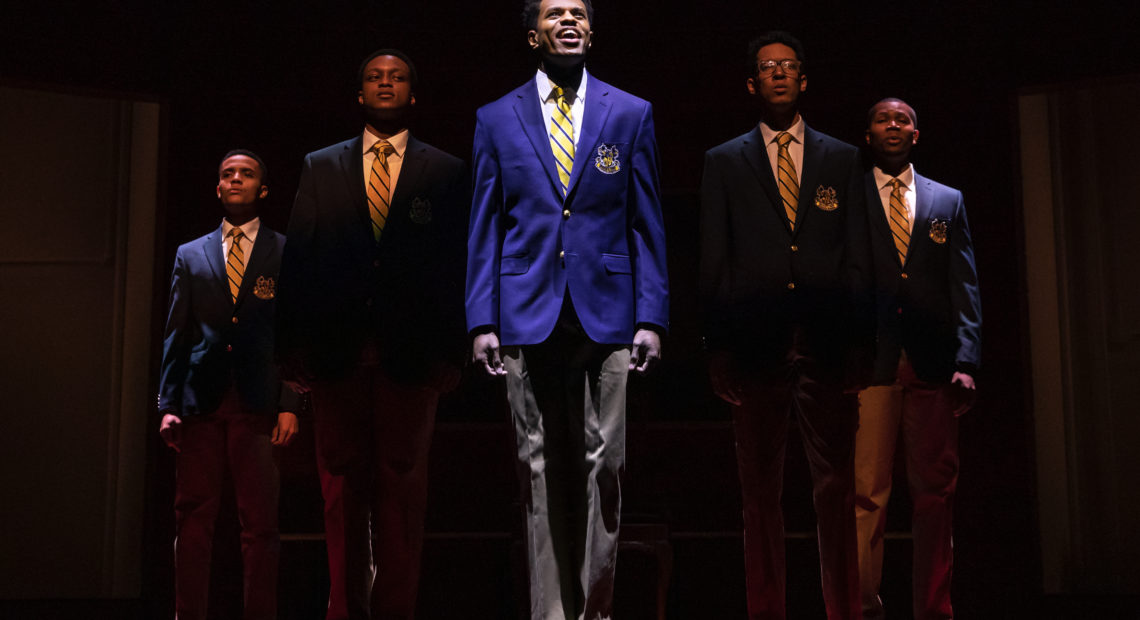 Perhaps you have read a book or seen a play or movie set in a prep school: say, The Catcher in the Rye, or The History Boys, or The Prime of Miss Jean Brodie.

The playwright Tarell Alvin McCraney, who co-wrote the Oscar-winning screenplay for the film Moonlight, has made his Broadway debut with his own take on the setting, called Choir Boy. But instead of the WASP elite, the school in Choir Boy has an all-black student body. The Charles R. Drew Prep School for Boys says it wants to raise strong, ethical black men.

Choir Boy focuses on Pharus Young, the leader of the school choir. He’s a talented scholarship student, and the target of vicious anti-gay bullying by another boy, Bobby, the nephew of the headmaster. It’s a coming-of-age drama deeply infused with African-American culture, including hymn singing and step dancing. 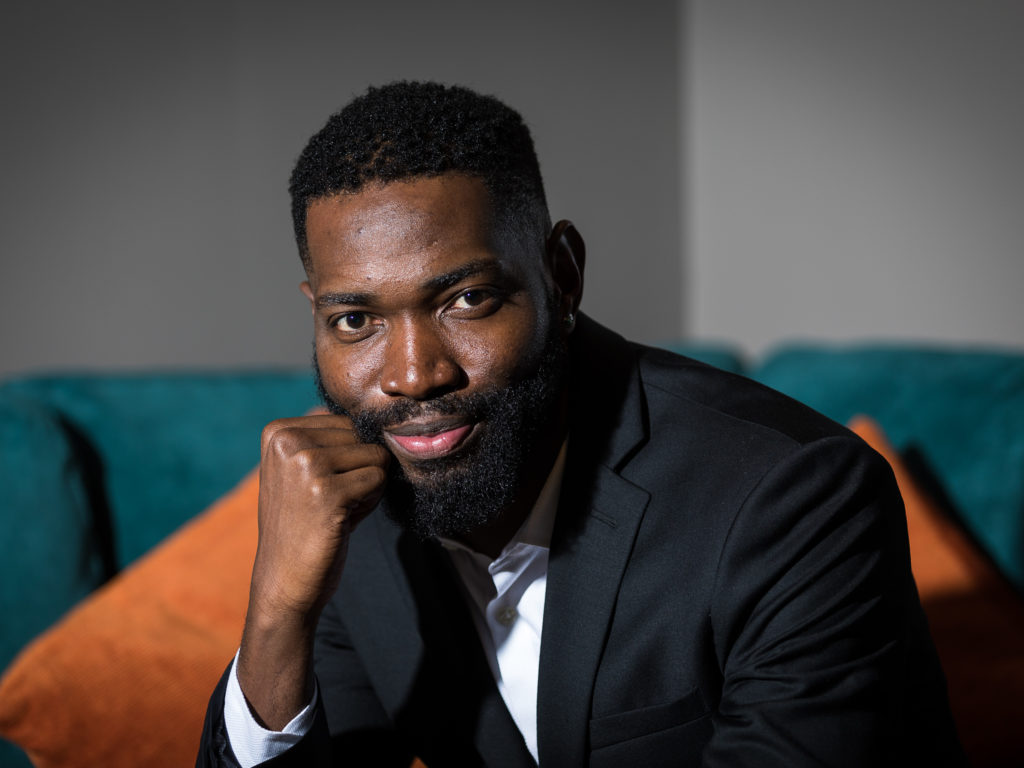 “Coming-of-age is a hard story to tell because it’s so individual,” McCraney says in an interview. “I mean, we all do it … but we all do it in so many ways, you know? And particularly black men in America — I wanted to isolate that threshold and that moment. And then, again, you get into the notion of class, meaning, who are the ‘talented tenth’? How are they identified? Who do we point to and say … ‘These will be our leaders for tomorrow,’ right? And who does that selecting and why?

McCraney has been busy of late. Moonlight, another coming-of-age story, is based on a previous semi-autobiographical play. He wrote the screenplay for Netflix’s High Flying Bird. And he is chair and professor of playwriting at the Yale School of Drama.

On “writing as if your life depends on it”

Well, my life does depend on it. And I think the life of my community, and most communities, depends on the storytellers. We only know anything about the Roman Empire or about the lives of the people within the Greek polis from the plays that exist. We can find out from historical archives what laws were in place, but who they affected and how they affected those folks and those people, we only know from the stories and from the storytellers of that culture. And so, you know, for me, from the kid from Liberty City [Fla.], if I don’t continue to try and write down and pin down the conflicts, the loves, the hates, the things we want most in our — from my community, people can easily say we don’t exist.

I love the fact that you say that there’s a kind of trope of what usually happens: There’s the kind of strictures and the ally. And what more often than not happens for young people at this point in their life, or at this turning point, is that people represent what society holds up. The headmaster is infinitely trying to protect the legacy of the school for the future generations, as he’s been mandated to do. But in that stricture, in the role of that job, what does that mean to the students who are trying to make their own individual path? How are they being blocked? How does a school that hasn’t been set up to make room for the LGBTQI community make room for Pharus, who has a queer body?

On the music and step routines of the play

Well, the music has always been important to me in that, you know, the legacy that we are handed down as artists come directly from the Negro spiritual. … We can chart where jazz and gospel, even R&B, come from this very important music that was made by our ancestors in the fields or in the house or … in domestic trade, in their labor. But even in protest — I mean, these are the songs that they sang on the bridge in Selma, you know? These are the songs that have held us up. “[Ain’t Gonna Let Nobody] Turn Me ‘Round,” “[Keep Your] Eye[s] On The Prize”: All of those are part of that legacy as well. And they go back so deep that they are both spiritual, political and personal for all of us. And what does it mean to hand that legacy down — was important to me.

Gemma Watters and Martha Wexler produced and edited this interview for broadcast. Patrick Jarenwattananon adapted it for the Web.