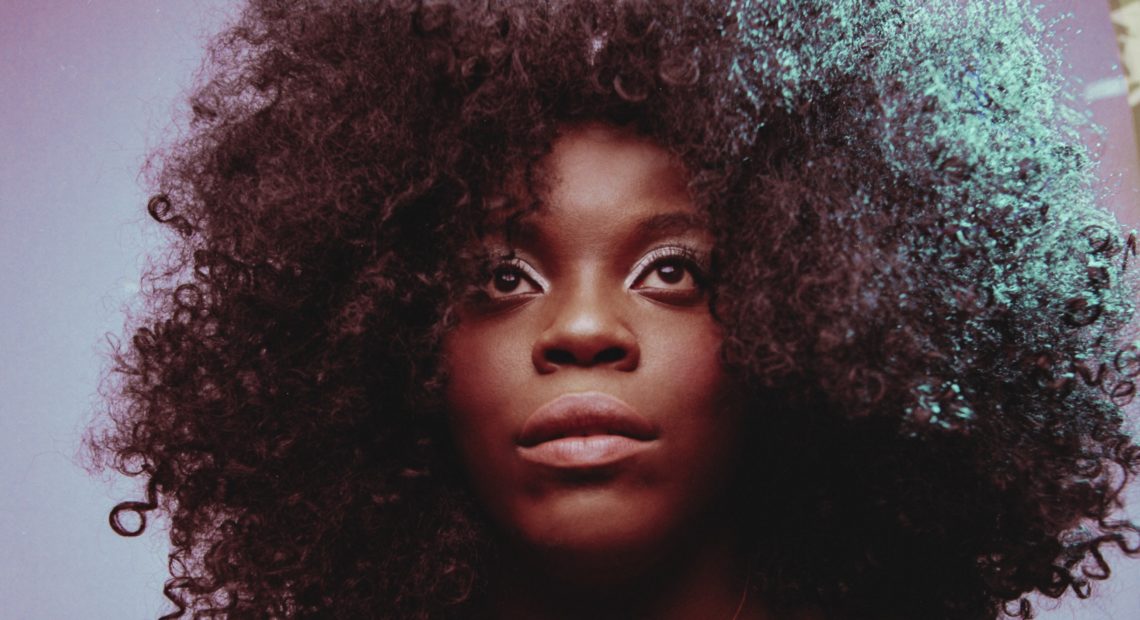 Yola Combines Softness And Grit In Her Virtuosic View Of Americana

PHOTO: “That’s the thing that feels satisfying to me, is to be able to be that vulnerable, out loud as a black woman,” Yola Carter says. CREDIT: Alysse Gafkjen/Courtesy of the artist

Yola Carter caught the music bug as a small child growing up in a tiny seaside town in southwest England. Browsing through her mother’s varied record collection, she latched onto the 1974 Dolly Parton album Jolene. It never crossed the singer’s mind that that wasn’t what an aspiring, young singer who happened to be black and British was supposed to be listening to and learning from in the late 1980s.

“I didn’t know that that was going to be such a problem until I started trying to actually do it,” she remembers. “And then people were like ‘OK, now this is weird, we always thought that you’d sing R&B,’ and I’m like, ‘Why? My voice doesn’t sound like that at all.’ ”

When her schoolmates — initially jazz musicians who graduated ahead of her, then club DJs — started asking her to perform with them in her teens, she had to conceal what she was up to from her mother, a nurse who insisted that her children pursue similarly sensible and stable careers. Carter says that her strategy for sneaking out to club bookings and studio sessions “involved what a lot of kids do when they’re going out to get drunk.” In other words, she’d tell her mother she was going to the movies or a slumber party at a friend’s house. “And all of that, of course, wasn’t true,” she says. “Sometimes I was going out to get drunk like all the normal kids, but sometimes I was gonna do gigs, you know?”

Because of her ability to adapt to the demands of an array of styles and settings, Carter — then working under her given name, Yolanda Quartey — went on to arrange vocals and write lyrics and melodies over instrumental beds of music, eventually contributing to pop hits like Will Young’s “Hopes & Fears” and dance smashes like Chase & Status’s “Blind Faith.”

“A lot of that work was being this ‘gun for hire,’ and you’d just have to do whatever the brief said,” Carter explains. “Like, ‘Ok, we’re this neo-soul band so you’ve got to do kind of Jill Scott-esque vocals. Or you’ve got to do that standard house [music diva] screaming. You’ve got to do something that’s akin to rapping, but a bit more melodic.’ Or whatever it is. It’s all singing work, but broad-ranging and not really me exploring who I was.”

In 2007, Carter lost her voice entirely and was forced to stop everything for a year and a half. She took it upon herself to study anatomy and came up with her own program for vocal care, which proved so successful in her own rehabilitation that she was called on to give lectures about it.

“I don’t think people are aware how much fear you have when you lose your voice, that it could just go at any point,” she says. “It could be any stressful environment, and you’d have no control.”

Once Carter could sing again, she split her time between the renowned electronic group Massive Attack and Phantom Limb, a band she’d formed with several rock musicians. She hoped to gently nudge Phantom Limb in more of a harmony-rich folk-rock direction, a la Crosby, Stills, Nash & Young. It gave her a bit of ammunition when shows featuring an acoustic version of Phantom Limb got a strong response. People inevitably approached her afterward and said the band should play that way all the time.

“I’d just throw fans in the band leader’s direction, like, endlessly,” she says with a grin. “Until he went, ‘You know what? I’ve been hearing a lot that we should be moving in this rootsy direction.’ And I’m like, ‘Oh, really? That’s great.’ ”

Carter was closer to the music she really wanted to make, but still felt she was compromising a little too much. In the folk scene in Bristol, where she’s based, she became friends with a guitarist named Kit Hawes, who helped her gain a sense of self-determination by teaching her the basics of his instrument.

“I saw she was such an accomplished writer,” Hawes says. “We just both thought if she could even strum a few chords on the guitar, she’d just be [off and] way. You wouldn’t imagine so many great songs and melodies could come out over two chords. I think I showed her E Minor and A Major, and between those two chords, she managed to write some fantastic songs.”

In 2016, some of those songs landed on Carter’s self-produced EP titled Orphan Offering. Its rough-hewn sound, powered by a rocking string band that included Hawes, signaled that it was a first step for a new soloist who billed herself as Yola Carter. “I was finally kind of deciding who I was, as opposed to having a name kind of given to me,” she says.

Thanks to the EP and festival appearances, the buzz about Carter’s music reached the Americana scene in the U.S. In-demand producer Dan Auerbach of The Black Keys brought her into his Nashville studio, Easy Eye Sound, to write and record her debut album, Walk Through Fire, out now under her the stage name of Yola, with all the bells and whistles.

“Basically, every single song started with vocals and acoustic guitar or vocals and a piano of some sort, in the writing process,” Auerbach explains. He’d then call in his house band to supply the grand embellishment. In the case of the album opener “Ride Out In the Country,” Auerbach relished blending prominent steel guitar with soul elements. “And instead of doing regular strings, we did triple fiddles — real Nashville,” he says. “It’s a big mix of different styles. There’s a Memphis feel to it and there’s real country fiddles and West Coast acoustic guitars.”

It’s no coincidence that those parts were executed by seasoned studio veterans who had a hand in creating those influential aesthetics in the first place. The artist was acutely aware that their credits include classic Elvis Presley, Roy Orbison and Aretha Franklin records she reveres.

“The first sensation was one of abject fear,” she says of her studio experience. “Every musician [at Easy Eye] is a legend in their own right, and they know what they’re gonna bring to the song once you play the work tape to them. It was amazing hearing that history come through.“

The lushly, orchestrated backing the players provided gave Carter room to stretch out vocally. “I don’t want to be ever controlled down to a trope of vocal, always-loud Yola, always doing the scream rough thing,” she says. “Because I can do that all day, everyday. But I want to be able to show that I have control as well and I have a soft side of my voice as well.”

The virtuosic way that Carter taps into the softer, more theatrical side of classic country, soul and pop, along with the grit, isn’t the expected approach in the Americana world she now calls home. But she’s at the place in her career where she’s not about to be boxed in.

“That’s the thing that feels satisfying to me, is to be able to be that vulnerable, out loud as a black woman,” she says. “To go, ‘You know what? Today, I’m feeling quite like a strong black woman, but I’m not every single day, and here’s how.’ ”

Walk Through Fire is out now via Easy Eye Sound/Nonesuch Records.