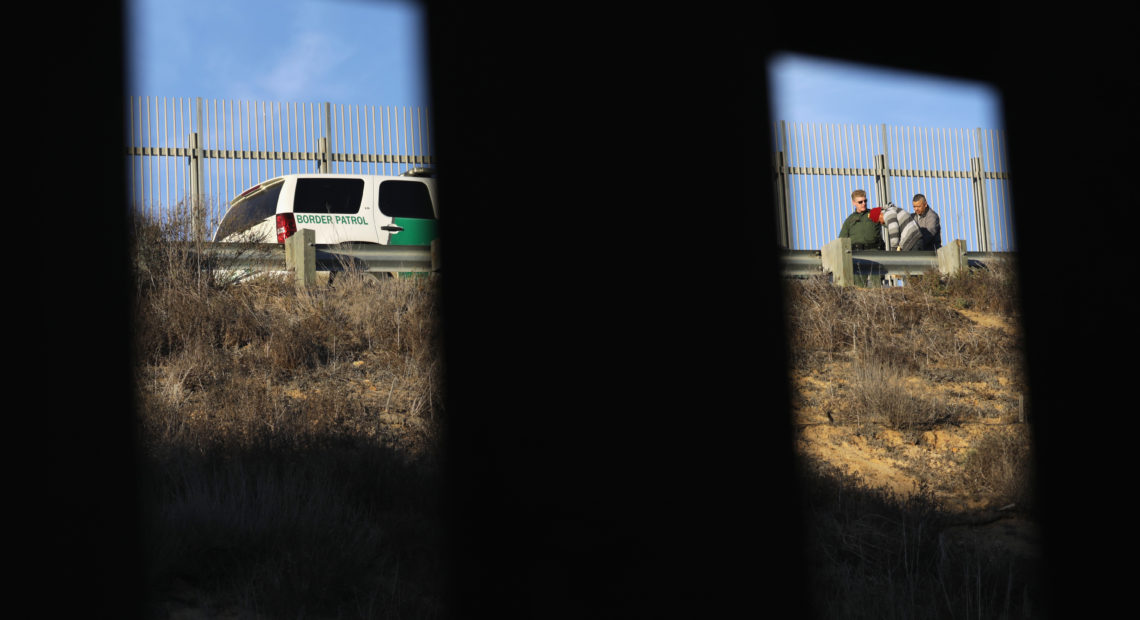 The U.S. government compiled dossiers on journalists who reported on the 2018 migrant caravan as well as activists and others involved in the event — and agents used the database to target people for secondary screenings, according to a San Diego TV station, which says a source in the Department of Homeland Security shared proof of the interagency project focused on the U.S. Southwest border.

The report about the federal database comes after journalists have complained for several months that they’ve been singled out at border crossings, either for lengthy secondary screenings or, in one case, to be denied entry into Mexico.

In response to the report from KNSD-TV, a Customs and Border Protection spokesperson declined to confirm or deny that the documents reflect U.S. government materials.

In a statement to NPR, the spokesperson cited the caravan and said that after migrants’ recent attempts to cross the border illegally near San Diego, “It is protocol following these incidents to collect evidence that might be needed for future legal actions and to determine if the event was orchestrated.”

One goal of the CBP’s response, the spokesperson said, is to “prevent future incidents” — an effort that includes federal agents conducting interviews and investigations. But KNSD’s source at Homeland Security says that by creating the database, the government is overstepping its legal constraints.

“We are a criminal investigation agency, we’re not an intelligence agency,” the source is quoted as saying. “We can’t create dossiers on people and they’re creating dossiers. This is an abuse of the Border Search Authority.”

As it revealed the database’s existence, KNSD-TV published images of the dossier on a computer screen, with labels such as “organizer,” “instigator,” and “journalist” attached to personal records. Each entry matches photos — apparently taken from passport records — to biographical data and information such as whether an alert has been placed on the person’s passport to flag them for secondary screenings.

One of the journalists who appears in the dossiers is photojournalist Ariana Drehsler, who lives near the border in San Diego. After months of crossing the border into Tijuana to photograph asylum-seekers in Mexico, Drehsler suddenly became a subject of interest to border authorities in December, when she was repeatedly pulled aside into secondary screening for questioning.

“They wanted to know who I was working for and what I was seeing,” Drehsler told NPR in February. “They focused on the shelters, and people crossing illegally.”

After learning she was listed in the government documents, Drehsler spoke to member station KQED’s reporter Julie Small. She acknowledged that the encounters led her to change her work habits, particularly after she was asked to leave some of her equipment in a separate room from where she was questioned.

“I actually stopped carrying my laptop,” Drehsler said, “because I was worried that they would go through my laptop. Because they have that right. I mean CBP has the right to question you, I have no issue with it, but I do have an issue if they went to my phone or looked through my notes or my laptop or my photos on my camera.”

Photojournalist Kitra Cahana is also on the list. In an interview with KNSD, she described how officials at airports repeatedly questioned her in January as she attempted to fly from Canada to Mexico, with a connecting flight in Detroit. And once she reached Mexico City, Cahana said, she was again questioned before being denied entry into Mexico. She was forced instead to fly back to Detroit.

The newly leaked documents are being seen as confirmation of a phenomenon the Committee to Protect Journalists and Reporters Without Borders highlighted last October, when they warned of a potential chilling effect on efforts to report on border and immigration issues.

Those organizations warned about what it called a chilling prospect, “thanks to the wide powers granted to Customs and Border Protection agents, who can search electronic devices without warrant, and question reporters about past and current work.”

On Thursday, Alexandra Ellerbeck, the CPJ’s North American program coordinator, issued a statement saying, “We will meet with CBP today and ask them once again to commit to no longer using secondary screenings as a pretense to harass journalists or gather intelligence.”

She added that the group is also asking Congress to use its oversight authority to investigate.

The dossiers’ subjects include “ten journalists, seven of whom are U.S. citizens, a U.S. attorney, and 47 people from the U.S. and other countries,” KNSD reports. It adds, “The target list includes advocates from organizations like Border Angels and Pueblo Sin Fronteras.”

Revelations about the dossier prompted the American Civil Liberties Union to call it “an outrageous violation of the First Amendment.”

That’s according to ACLU staff attorney Esha Bhandari, who added, “The government cannot use the pretext of the border to target activists critical of its policies, lawyers providing legal representation, or journalists simply doing their jobs.”