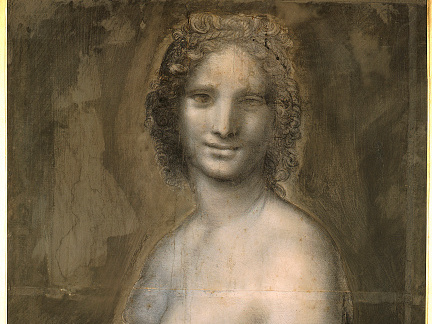 Leonardo da Vinci is long-thought to have made sculptures, but since his death in 1519, no three-dimensional work of art by him has ever been identified. But now, curators in Italy have unveiled what may be the only known sculpture by the artist, inventor and scientist.

The Virgin with the Laughing Child was part of an exhibition this week in Florence. The 20 inch-tall sculpture, made of red clay, depicts the Virgin Mary, with an enigmatic smile similar to that of Mona Lisa, looking down at a smiling baby Jesus on her lap. Curators say the sculpture was created around 1472, when da Vinci was a student of the Florentine artist Andrea del Verrocchio, reports The Guardian.

Scholars say “the voluminous, complicated draperies” flowing over the Madonna’s legs provide more clues: they are similar to drawings that Leonardo made at the time “which were almost obsessive studies of abstract folds and shadowy recesses,” The Guardian reports. 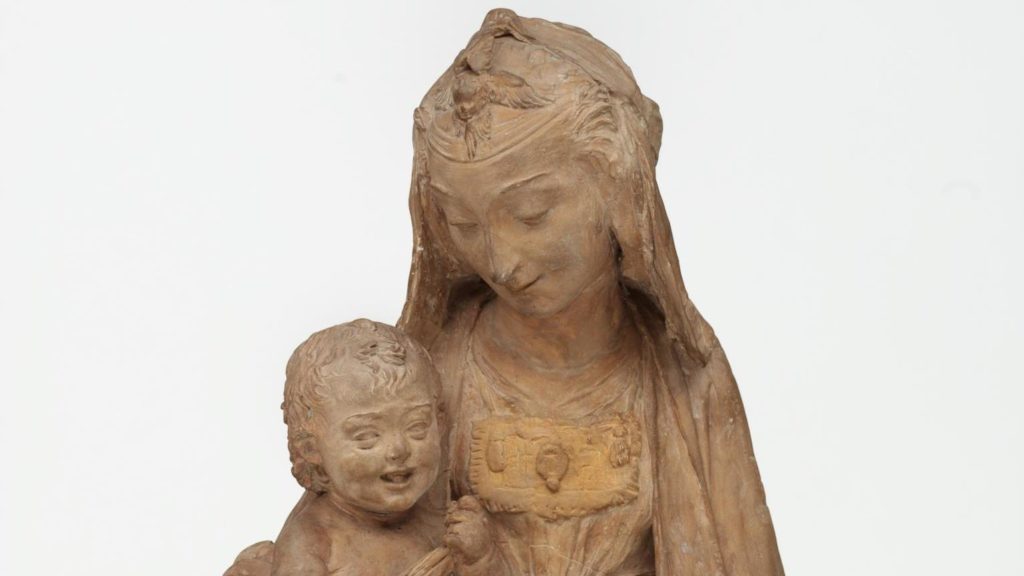 The Virgin and the Laughing Child is said to be Leonardo da Vinci’s only surviving sculpture. CREDIT: Victoria & Albert Museum, London

The realistic liveliness of the child’s face also resembles Leonardo’s drawings of young children, according to The Guardian. “Yet portraying a laughing Christ in the 15th century was not only radical, but practically blasphemous,” reports the newspaper. “In a passage in Leonardo’s notebooks, he remembers getting into trouble when younger for portraying the infant Christ. Could this be the work that got him in hot water?”

The sculpture has belonged to London’s Victoria and Albert Museum since 1858, but for centuries it has been credited to another artist, the Italian sculptor Antonio Rossellino.

Francesco Caglioti, an Italian academic who teaches at Naples University, is leading the argument for now attributing the sculpture to da Vinci.

Earlier this week, art experts say they solved another riddle — determining that a drawing of a nude woman, bearing a resemblance to the Mona Lisa, was also by da Vinci. The portrait was originally thought to have been the work of one of da Vinci’s students, but after extensive testing, investigators say the charcoal drawing was likely by the artist himself.

Scholars believe da Vinci used his left hand to draw and paint. CNN reports, Mathieu Deldicque, the curator of the Condé Museum, in Chantilly, France, which has housed the drawing since 1862, said in a statement that “the analysis had revealed ‘lots of new elements,’ including ‘left-handed charcoal marks pretty much everywhere.'”

Deldicque cautioned, however, that experts may never be “absolutely certain” about the drawing’s origins.