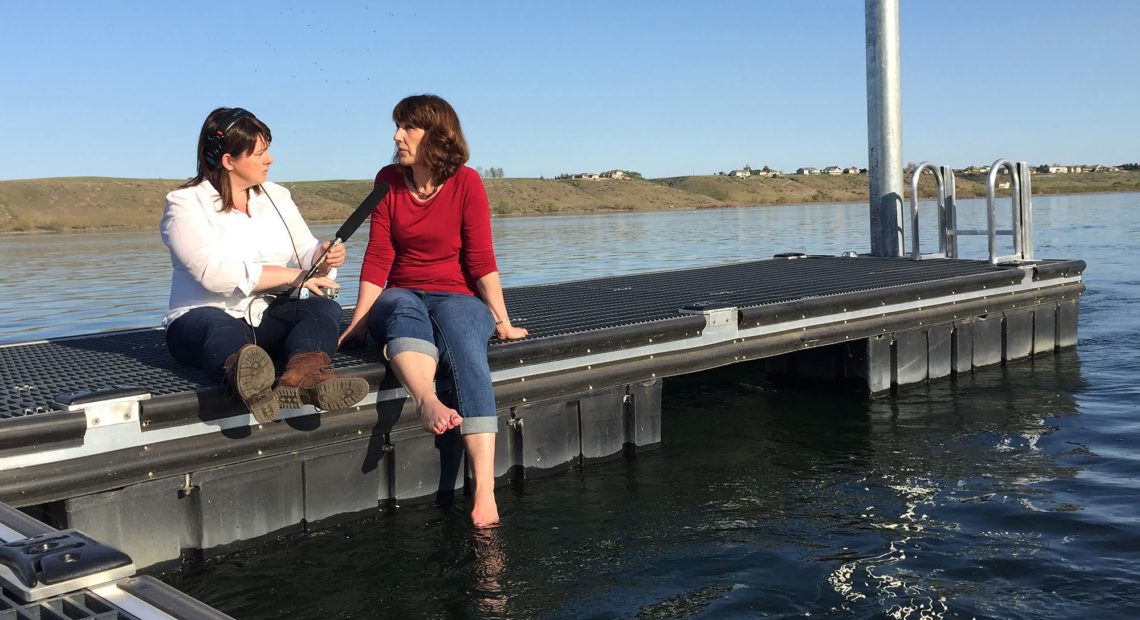 PHOTO: Anna King interviewing Jane Hedges, the now-retired head of Washington Ecology’s Hanford office. Hedges grew up swimming off the docks in Richland, but only understood the massive scope of the cleanup needed at Hanford later in life. CREDIT: Kai-Huei Yau / Daughters of Hanford

You’ve heard Tri-Cities correspondent Anna King on the radio for years, and now is a chance to see her in person as she helps explore the history of Hanford and the women whose work there echos today.

The event takes places Thursday, March 21 at the WSU Tri-Cities East Auditorium. The below news release has all the relevant information about the event.

“These women have intense experiences, great depth of knowledge and funny stories to share about Hanford,” says Anna King, who also appears on WSU’s Northwest Public Broadcasting. “Hanford is a heavy burden that we all inherit and these women’s wisdom is invaluable.”

WSU Tri-Cities, WSU WiSTEM and the Women Chemist Committee of the American Chemical Society, Richland Section, are presenting the entertaining program together.

“Women’s contributions to the Hanford site and the Manhattan Project sites across the country, but especially at Hanford, are unknown,” says Zelma Maine Jackson. “When you think of the nuclear industry you think of men, you never think of women. But more than likely they performed 90 percent of the hard work — the laborious, tedious, number crunching, dictating a letter, making a policy come into effect — it’s always been the mental heavy load carried by women.”

Daughters of Hanford was created in partnership with WSU Tri-Cities, The REACH, and Northwest Public Broadcasting. Daughters is a series, a museum installation and a radio documentary. Daughters was awarded the Washington State Historical Society’s David Douglas award.

“This won’t be a stiff lecture, or a glum chat,” King says about the upcoming event at WSU Tri-Cities. “Bring a young woman or girl and grab a seat for this entertaining evening full of dynamic sound, surprising Northwest stories, poignant moments and laughter.”

Yau, and newly-minted APM podcast editor Phyllis Fletcher. You can listen to the audio stories and explore the full project and photography at daughtersofhanford.org.