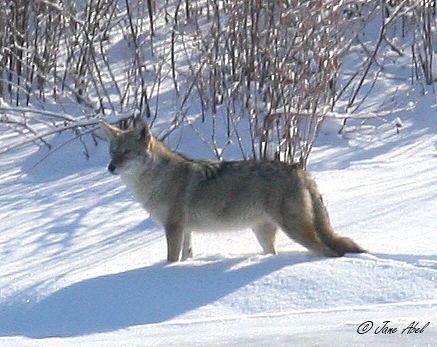 Right now, in the Northwest’s high desert, the biscuit root should be ready to bloom.

Pregnant ground squirrels should be up to the surface, munching fresh shoots. But that’s not happening.

On much of Washington’s and Oregon’s eastside, snow has been on the ground for six weeks, and it has some experts wondering how life will shake out for stressed flora and fauna.

Heidi Newsome, is a wildlife biologist for the U.S. Fish & Wildlife Service out of Burbank, Wash.

“Certain animals that hibernate during the winter — they’re sort of coming out and trying to regain their nutrition after hibernating for a long time,” Newsome says.

Lately, Newsome has been worrying about tiny, threatened ground squirrels.

“So the ground squirrels usually come up in January and breed, and they go back under for a little while,” she says. “But then the females when they are pregnant need to be able to get the high-protein plants that are growing in the early spring.”

Larger animals like elk and deer are spending a lot of energy digging through the crusty snow to reach any green. And Newsome says people have been bringing her dead juvenile hawks. When she inspects them the cause of death is clear: starvation.

And migrating birds like sandhill cranes are getting stressed. Flying north from Mexico, they usually stop over in this part of Washington for a refuel on their way to Alaska. But the birds are finding few bugs, green shoots or leftover grain in the snow-covered fields. Free-flowing water is hard to find, too. 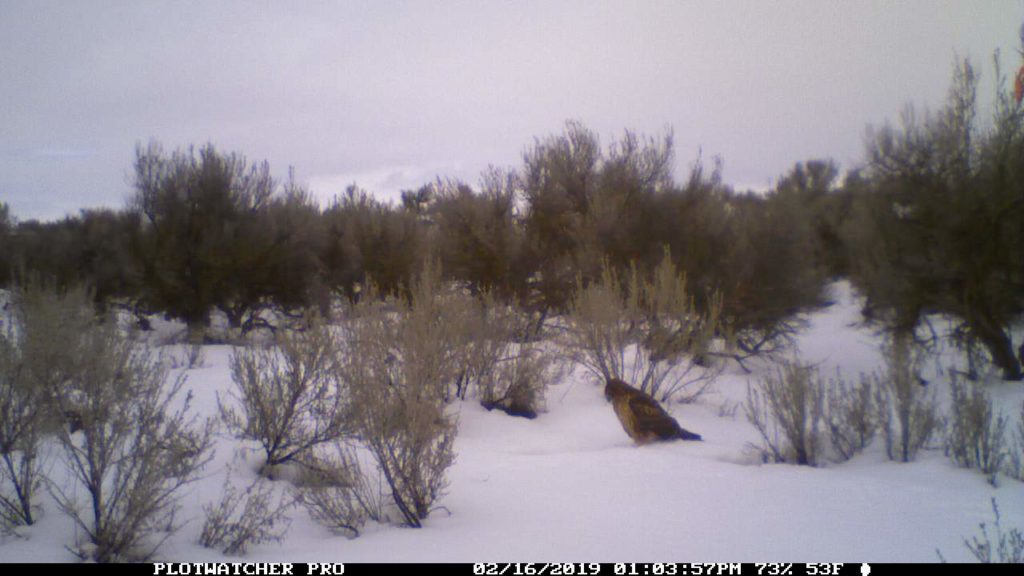 A Mid-Columbia red tail hawk looks for a ground squirrel lunch. When it snows, ground squirrels are more visible and so vulnerable to predators. Courtesy U.S. Fish & Wildlife Service

Mike Denny is an avid birder. He’s slinging binoculars and a massive camera around his neck. Pointing above his head, Denny hones in on three cranes swooping in for a landing, a mating pair and their young hatched last year.

“Look at that, just beautiful!” he exclaims.

This is one of his favorite crane-spotting places. It’s a corn field on a backroad just outside of Richland, Wash.

The cranes call out to each other in an eerie whirling repeat.

“They’re stressed,” Denny says. “Typically we have much more warmer weather this time of year. And so this unseasonably cold air mass that’s here has caused them great stress. That’s why they are in this old corn field, is trying to find corn to eat.”

All this snow so late in the season prompts the much-asked question: Is this climate change? Kathie Dello, a climatologist with Oregon State University in Corvallis, says this late-winter snow is perfectly normal. But, it doesn’t mean the larger picture is all fine.

“The climate change signal we are seeing is warming winters, and just a downward trend in snowpack when you look at the long-term average,” Dello says. “We’ve been losing snowpack from decade to decade, especially at lower elevations. But we’ll still have some of these big snowpack years.” 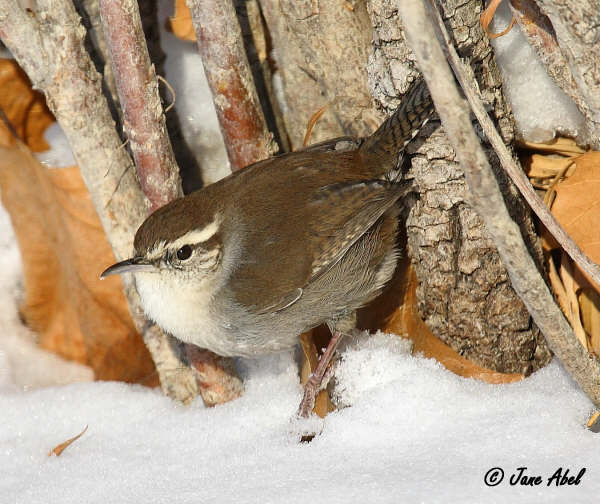 For plants, all the snow now means a bumperload of moisture timed just before the warm weather for the scourge of the West: invasive cheatgrass. It’s a fast-growing spring grass that crowds out native plants and dries early into a dense, brittle carpet.

“This is kind of one of those years where if we have this much snow and this much moisture right now we are probably expecting more cheatgrass and taller cheatgrass,” Newsome says. “So it may lead to a more severe fire season later on in the summer.”

The one silver lining about all this snow? Newsome says it could also encourage a dramatic wildflower show when the weather changes to more normal spring conditions.