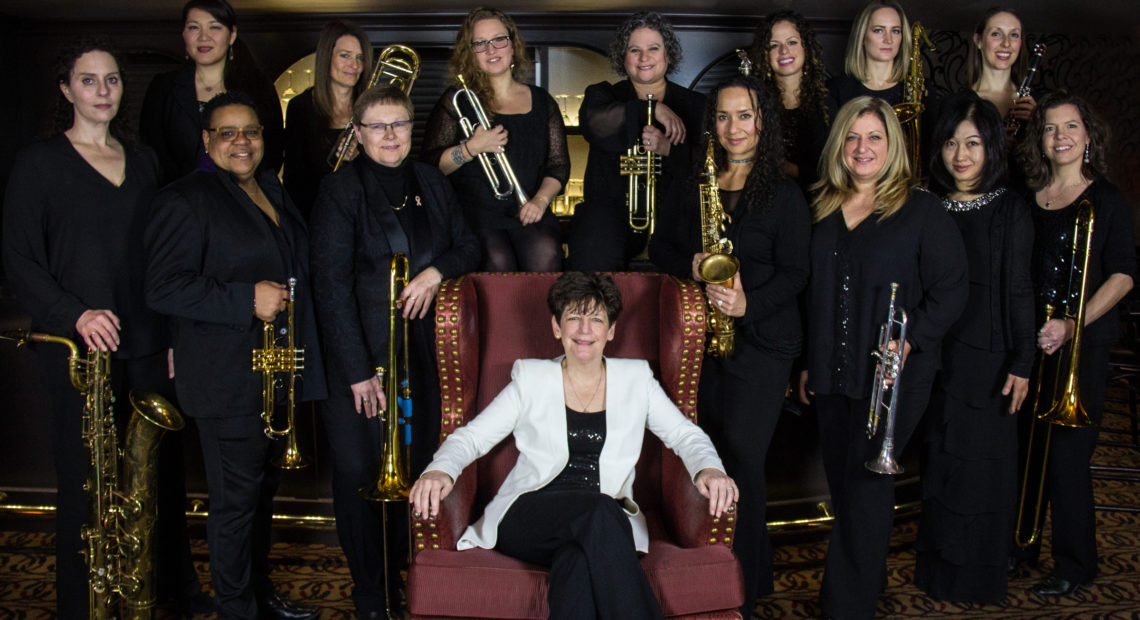 No Man’s Band: All-Female Jazz Orchestras Then and Now

“When I was younger,” Sherrie Maricle says, “it was almost a mission to blend in with all the men I was playing with. Not to be viewed as female in any way.” But Maricle, a drummer inspired by the precision and power of Buddy Rich, found her calling as a leader of women — specifically, as leader of The DIVA Jazz Orchestra, which recently marked 25 years as a proving ground, a pipeline and a rejoinder to any lingering bias that this music is a masculine domain.

Jazz Night in America recently caught up with Maricle and the band at Dizzy’s Club in New York during an album celebration for The DIVA Jazz Orchestra 25th Anniversary Project. In this radio episode, we’ll hear some of that new original music. And we’ll hear from a few DIVA musicians, including Alexa Tarantino, an excellent saxophonist who was born in the same year as the band.

There’s a rich, important and often under-recognized legacy of all-female big bands, so we’ll also spend some time in this show paying tribute. Our host, Christian McBride, traveled to California to sit down with 93-year-old saxophonist Roz Cron — one of the last surviving members of the International Sweethearts of Rhythm, which caused a sensation in the 1940s. You’ll want to hear Cron’s recollections of the road, which underscore why Earl “Fatha” Hines once characterized the International Sweethearts of Rhythm as “the first freedom riders.”