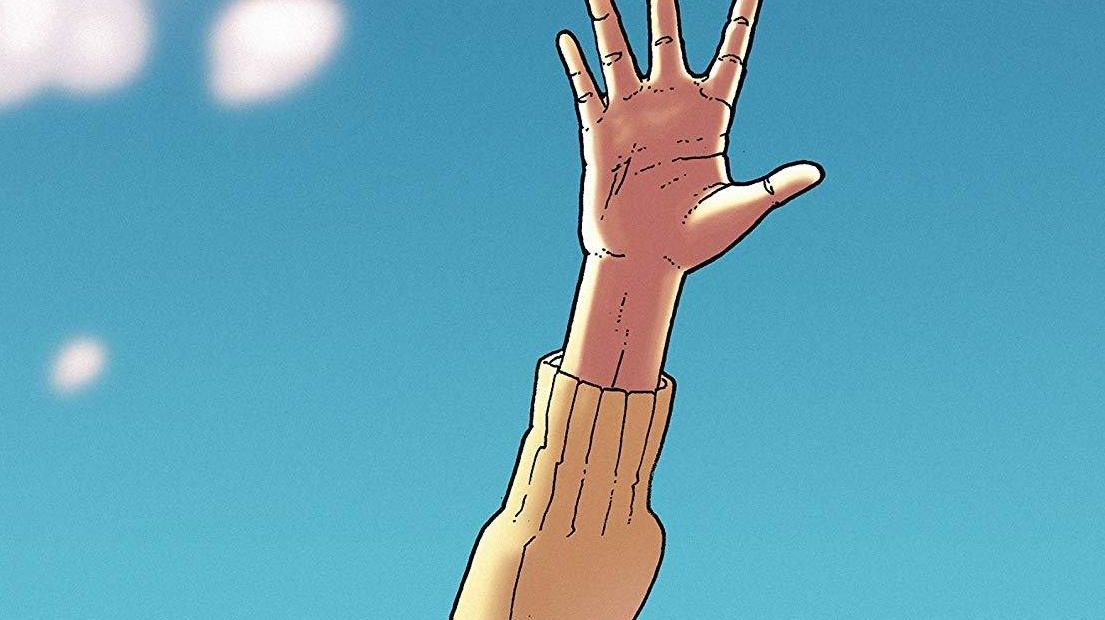 BOOK REVIEW: In ‘She Could Fly,’ A Teen Wrestles With A Host Of Psychological Mysteries

“Would you rather be able to fly or turn invisible?” It’s the archetypal party question. It was already popular way back in 2001, when This American Life addressed it, and the years haven’t lessened its appeal. As recently as 2015, Forbes posed the question to 7,065 “business and professional leaders … across the globe” and Vulture brought it up with the stars of Ant-Man.

Fly, or turn invisible? The question’s popularity is probably due to its uncanny psychological subtext. The two powers don’t seem to conflict at first, but a closer look reveals that they represent opposing tendencies. To fly is to be triumphant, dominant, powerful. To be invisible is to recede, to hide. 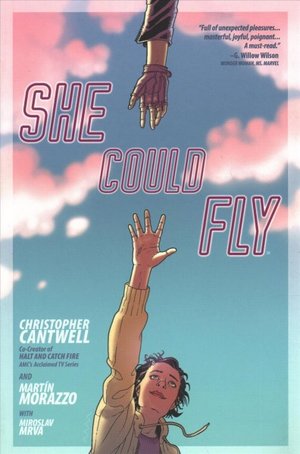 She Could Fly 1
by Martin Morazzo, Christopher Cantwell and Miroslav Mrva

Christopher Cantwell nods to this duality in She Could Fly, a graphic novel whose protagonist wishes she could fly and feels like she’s invisible. Teenage Luna shares the latter problem with a lot of kids. She doesn’t seem to have any friends at school, and at home her parents hardly notice her. (They mean well, but they’re usually absorbed in the TV) Unlike your average teenager, though — and unbeknownst to her parents — Luna has a big problem she’s hiding. She’s constantly beset with intrusive thoughts urging her to commit grotesque acts of violence. “I think about killing my parents every day,” she says. “I think about making my mom watch helplessly while I blow myself away at Thanksgiving dinner … I think about stabbing my guidance counselor in the throat and watching her die.”

Luna seems to be suffering from a particularly intense form of obsessive-compulsive disorder, but she hasn’t been diagnosed or received any treatment. Taking it for granted that there’s no help for her, she shuts out such well-meaning people as the aforementioned guidance counselor. Luna has only one source of hope, and it’s a doozy: A mysterious woman spotted flying, superhero-style, around the skies of Chicago.

Hundreds of people have caught sight of the mystery woman, but Luna feels a unique connection with her. The teen has a specific reason to crave the power of flight: “In the air, I bet the thoughts are gone and you can be free,” she thinks. When Luna finds a tiny relic that’s evidence of the woman’s identity, she’s drawn into a complex and dangerous battle to control the technology making human flight possible. Along the way Luna meets some improbable new comrades: a troubled physicist and a spunky prostitute. But these haphazard relationships are precarious for a host of reasons.

If this story sounds strange, even unsatisfying, it is — which is Cantwell’s point. Reflecting on the trope of the soaring superhero, he critiques its promise of a frictionless existence. Not only are the heroes sailing through the sky not necessarily that admirable, he suggests, but the world below gains no orderliness or virtue from their example. Even so, the messed-up, tangled and unphotogenic problems that make up life on the ground are still well worth exploring.

Unphotogenic doesn’t have to mean ugly, fortunately. Artist Martín Morazzo brings the same quirky touch to this book that characterized 2017’s The Electric Sublime. Nervous lines and slightly off-kilter facial expressions animate talky sequences, while panels showing the flying woman are full of wide, clear space for her to glide through. Morazzo has fun with scale and uses every trick he can think of to liven up pages of exposition. Poor Luna’s troubles feel truly visceral. Even when he doesn’t illustrate her more graphic delusions, Morazzo pours a lot of thought and care into drawing her face. He gives her a remarkable range of expression, especially considering that she’s in a fairly constant state of anguish.

To his credit, Cantwell doesn’t make his protagonist transform magically into a well-adjusted person. He does, however, show her how to be visible — a harder trick than invisibility, by far. A planned sequel suggests she may eventually get to fly, too. Flight and (in)visibility? In Cantwell’s flexible imagination, it may well be possible to achieve both at once.

Etelka Lehoczky has written about comics for The Atlantic and The Los Angeles Review of Books. She tweets at @EtelkaL.