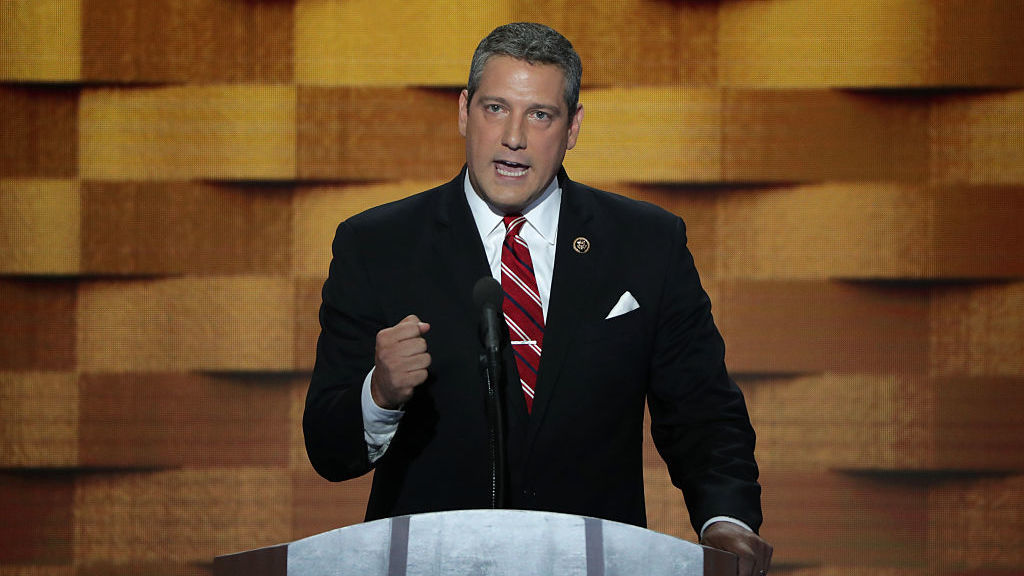 Ryan announced his intentions on ABC’s The View on Thursday, telling the panel that he is running to be a champion for manufacturing in a country that has been fractured by trade and outsourcing.

“I understand that legacy of job loss. … I understand where we need to go. The country’s so divided right now that we can’t get a plan together. The first thing we ought to do is unify,” Ryan said. 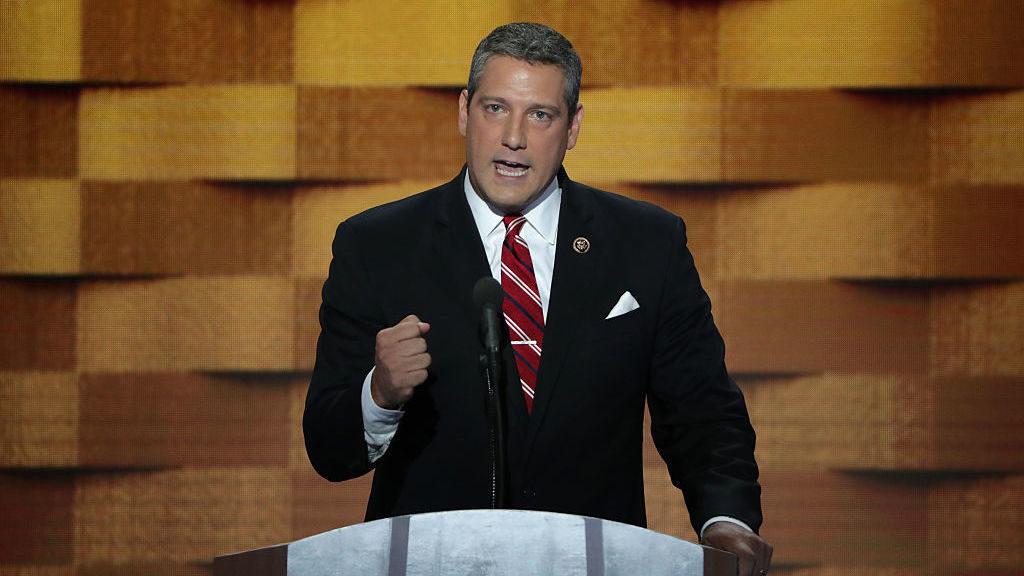 Rep. Tim Ryan, D-Ohio, delivers remarks on the fourth day of the Democratic National Convention in 2016. He is now launching his own campaign for president in 2020. CREDIT: Alex Wong/Getty Images

That emphasis on manufacturing and keeping jobs in the U.S. was a major part of Trump’s winning campaign in 2016. Ryan criticized Trump’s record and approach, saying the president wants to go back to an “old economy” and save it instead of looking toward emerging technologies such as wind and other alternative energies.

“Trump has been full of promises and hasn’t delivered on anything,” Ryan said. “He’s forgotten us.”

Ryan is a more moderate lawmaker who represents blue-collar areas of Youngstown and other parts of Ohio that flipped from voting for Barack Obama to Trump. His populist politics have aligned with the president on issues like manufacturing and trade, and he is opposed to NAFTA. That could help him stand out in a primary that features many progressives, since many Democrats worry about the need to win back Rust Belt areas in 2020 to defeat Trump.

The 45-year-old is best known for his unsuccessful challenge against Rep. Nancy Pelosi, D-Calif., to lead House Democrats as minority leader after the 2016 election. Ryan criticized Pelosi and the Democratic Party overall for being too disconnected from the working class.

“You know, we need to get jobs. And we need to get them in areas like mine in Youngstown, Ohio, down in coal country,” Ryan told NPR’s Steve Inskeep during a 2016 interview. “You know, these people are human beings. They’re American citizens. They work hard. They play by the rules. And their voice needs to be heard. And I think we need to reach out to them. And if we’re going to get into the majority as Democrats, we need those people to leave Trump and come to the Democrats.”

Ryan ended up with about a third of the support of the caucus in that 2016 leadership race. He again sought to challenge Pelosi in 2018 after Democrats won back the House, but ultimately struck a deal to support her.

Ryan has a far lower national profile than other Democrats already running, and no House member has successfully gone directly from Congress to the White House since James Garfield. He is not the only one trying, though — former Texas Rep. Beto O’Rourke, Hawaii Rep. Tulsi Gabbard and former Maryland Rep. John Delaney are already running. California Rep. Eric Swalwell and Massachusetts Rep. Seth Moulton are still weighing bids.