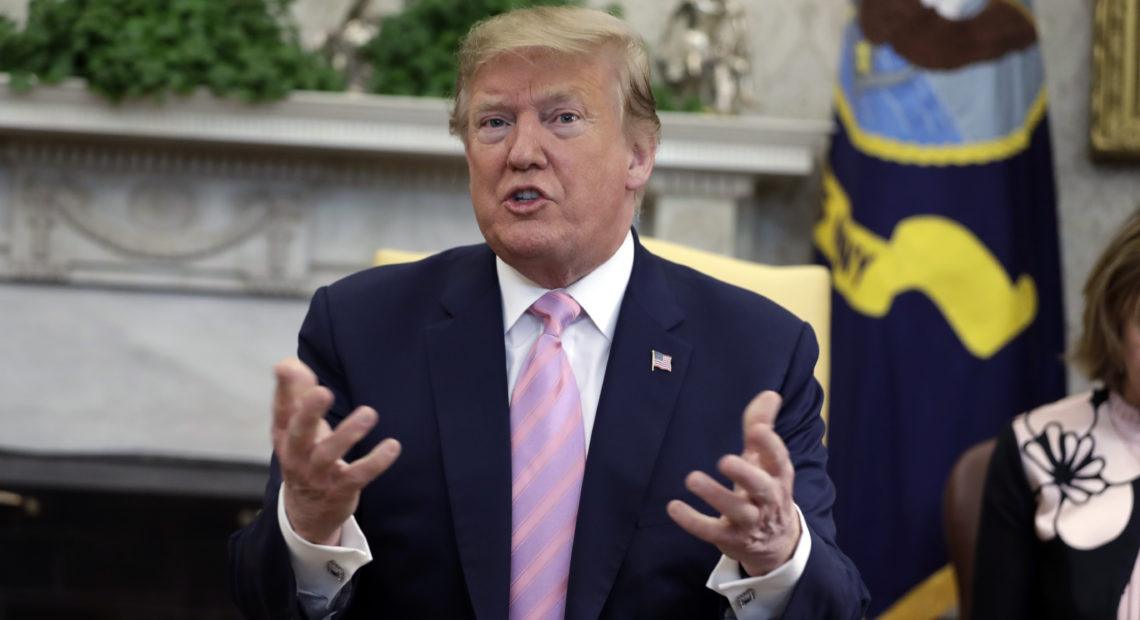 President Trump repeated a false claim to reporters Tuesday, wrongly blaming the Obama administration for instituting a policy in which children were separated from their parents at the Southern border.

“I’m the one that stopped it,” Trump said. “President Obama had child separation.”

Trump made the comments during a photo op prior to his meeting with Egyptian President Abdel-Fattah el-Sissi. 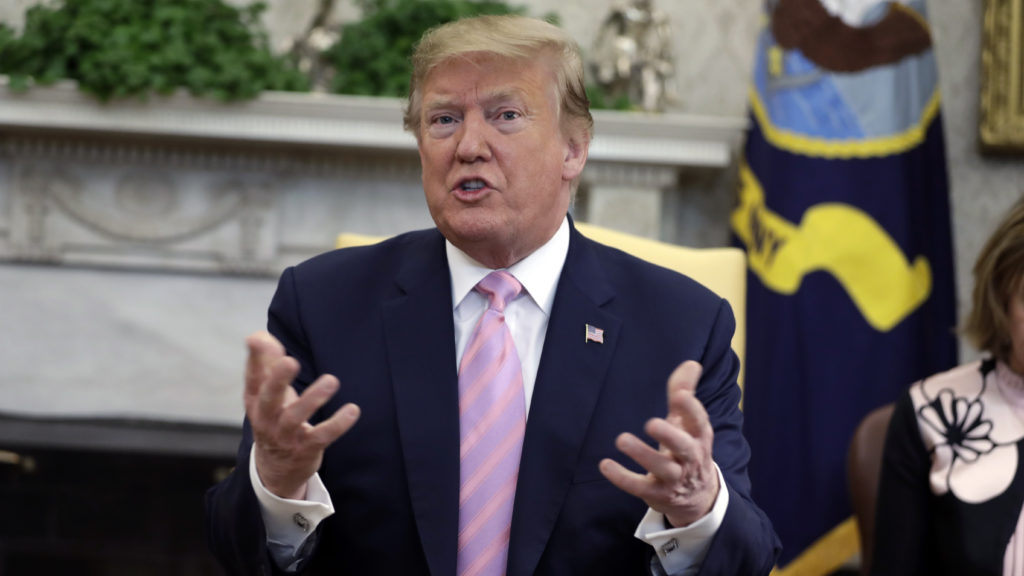 President Trump repeated his false claim that the Obama administration had a policy of separating families at the border. CREDIT: Evan Vucci/AP

Asked whether the administration was considering reinstating the policy of child separation to curb the number of migrant families crossing the border from Mexico, Trump responded that “We’re not looking to do it.”

But he seemed to imply it was an effective means of stemming border crossings, and he compared families attempting to cross into the U.S. to visitors to an amusement park. “I’ll tell you something, once you don’t have it that’s why you have many more people coming. They are coming like it’s a picnic, like, ‘Let’s go to Disneyland.’ President Obama separated children. They had child separation; I was the one that changed it,” Trump said.

Trump also denied that he is “cleaning house” at the Department of Homeland Security, in light of the departure of DHS Secretary Kirstjen Nielsen and Secret Service Director Randolph “Tex” Alles this week. “I never said I’m cleaning house,” Trump said.

Trump’s false claim that child separations were carried out by the Obama administration has been frequently refuted.

“The Obama administration did not do that, no. We did not separate children from their parents,” former Obama domestic policy adviser Cecilia Muñoz told NPR in May 2018. “This is a new decision, a policy decision put in place by the attorney general,” which Muñoz said “puts us in league with the most brutal regimes in the world’s history.”

It was then-Attorney General Jeff Sessions who instituted the “zero tolerance” policy at the Southern border in April 2018, which resulted in children being separated from their parents who were taken into custody for criminal prosecution.

A federal judge allowed a lawsuit challenging the policy last June, and Trump issued an executive order ending it.

Still, as NPR’s Domenico Montanaro wrote last year, the Trump administration has been unwilling to take the blame for the policy of family separations because of the political optics.