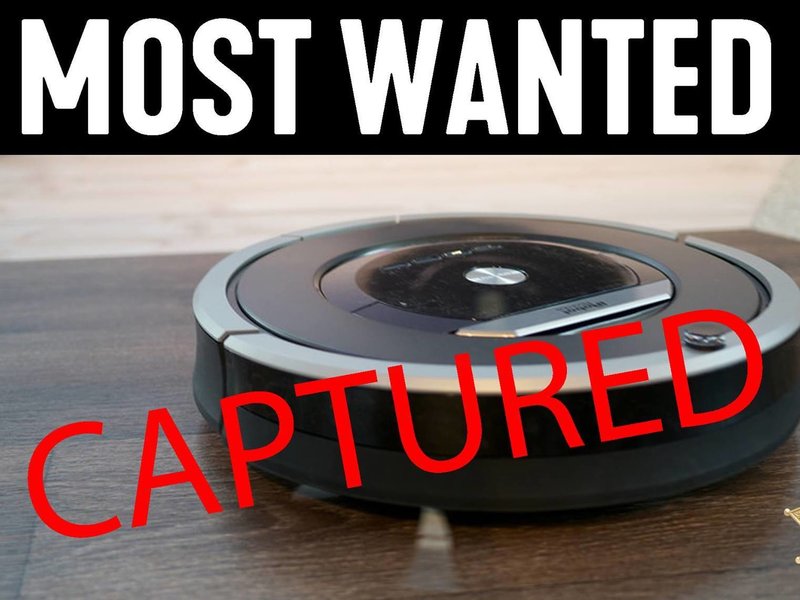 PHOTO: Three seasoned deputies — one with at least 20 years on the force — a detective who happened to be in the area, and two canine officers all responded to the call of a burglary in progress at a Cedar Hills home near Portland, Ore. Instead, they found a trapped robotic vacuum cleaner. CREDIT: Washington County sheriff

The Washington County sheriff in Oregon says there was nothing unusual about the call. Sure, it was broad daylight — 1:48 p.m. local time exactly — but “crime can happen anytime.”

So the frantic call from a house guest about a burglar making loud rustling noises inside the house, specifically from within the locked bathroom, deserved an urgent response, Sgt. Danny DiPietro, a sheriff’s spokesman, tells NPR.

“The man had just gone for a walk with his nephew’s dog and when he came back, he could see shadows moving back and forth under the bathroom door,” DiPietro says.

Resources were immediately deployed: three seasoned deputies — one with at least 20 years on the force — a detective who happened to be in the area, and two canine officers from Beaverton Police Department, about 7 miles outside Portland.

They surrounded the Cedar Hills house, then made their way inside, guns unholstered. “And the whole time they were yelling, ‘Sheriff’ and ‘Police’ but the burglar wouldn’t come out. He wouldn’t say anything,” DiPietro says.

Instead, the banging got louder. “Like a loud thud, thud, thud on glass.” Officers assumed the burglar was trying to escape. “That he was trying to open a window and jump out and run away.”

Hearts pounding, guns ready to fire, they counted down and entered the bathroom. But instead of confronting a suspect, they found … a rogue Roomba robot vacuum that was apparently doing “a very thorough” job.

“It was just this little round machine, slamming against the glass [shower] wall,” DiPietro says.

The entire group erupted into peals of laughter.

“Everyone just started cracking up. It was such huge relief because it’s the kind of situation that could go either way. It could end peacefully or …” DiPietro trailed off. “No one had any idea what was waiting for them behind the door but they definitely didn’t expect that.”

DiPietro, who has been on the force for 13 years and has some experience working with canine officers, says the responding officers were especially perplexed by the lack of response when they said a dog was outside the bathroom door.

“That was confusing because usually, when you say, ‘We’ve got a dog,’ people are done. They’re like, ‘OK, I’m not fighting a dog!’ and they’ll just give up,” he says.

The fact that the individual inside the bathroom didn’t do that was chilling, he added.

From start to finish the incident took 25 minutes, according to a play-by-play post on the department’s Facebook page.

As for the man who reported the call, DiPietro said he felt “awful.”

“But I would have done the exact same thing if I was visiting someone and didn’t know there was a robot vacuum cleaner that was set to go off on its own. And even the responding officers, when they saw the shadow under the door and the sound of someone trying to get out … well, they fell for it too,” he added.

Plus, DiPietro says, the sheriff’s office Facebook followers are loving the story, coming up with punny reports of their own as well as demands to see the bodycam footage.

“After sweeping the premises, the perpetrator was nabbed. Later, the room was dusted for prints,” Richard Cox commented.