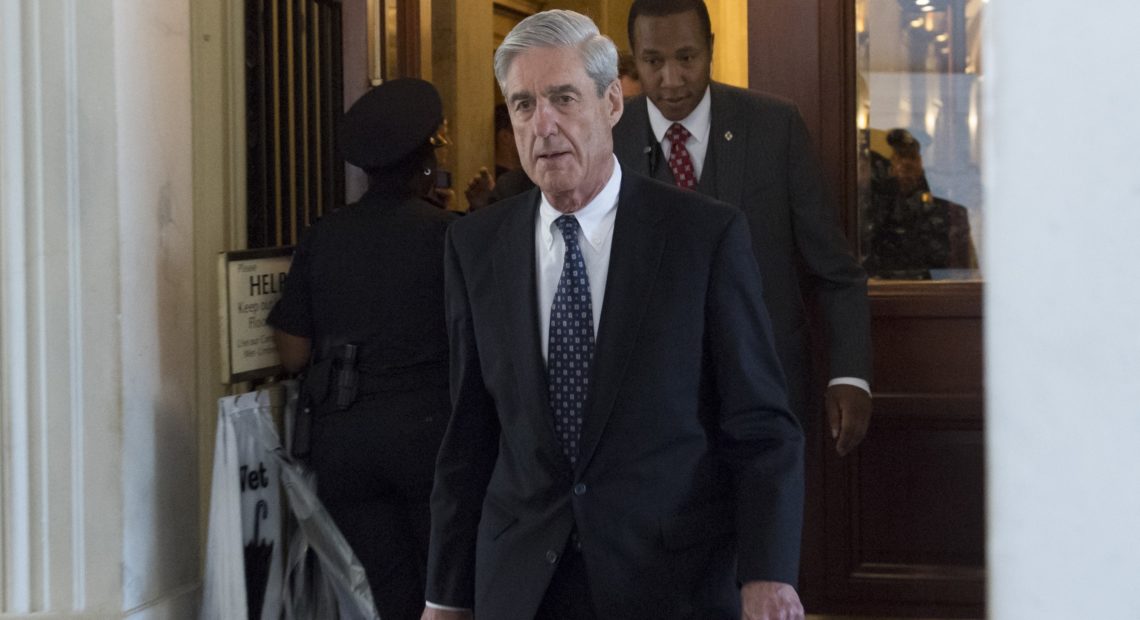 Robert Mueller’s Russia Report Is Coming Thursday. Here’s What You Need To Know

The Justice Department says it plans to release special counsel Robert Mueller’s report on Thursday morning. Here’s what you need to know.

Mueller was appointed in the spring of 2017 to investigate whether President Trump’s campaign conspired with the Russian interference in the 2016 election. 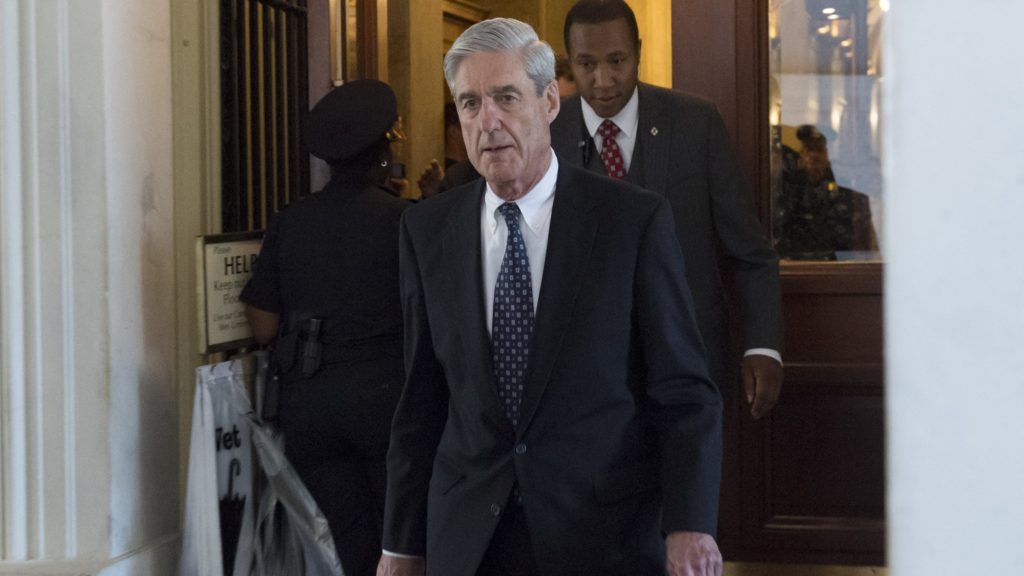 The fact of the interference itself had been long established, and last month Attorney General William Barr told Congress that Mueller did not find that Trump’s campaign was involved with it.

Barr also told Congress that Mueller didn’t establish that Trump broke the law in trying to frustrate the investigation — but neither did Mueller’s office “exonerate” the president.

Barr and Deputy Attorney General Rod Rosenstein concluded for themselves, based on the special counsel’s findings, that Trump would not face obstruction-of-justice charges.

What’s The Point Of The Report?

What the document is expected to reveal are the factual findings and legal analysis that underpinned the conclusions already shared by Barr.

Trump and Republicans have welcomed Barr’s summary, which they say vindicates the president and gave them a surge of momentum into the burgeoning 2020 election season.

How Long Is It?

Will It Be The Complete Report?

No. Barr told members of Congress that he has been working with the special counsel’s office to redact four kinds of information.

First, grand jury material, which is secret under the law. Second, foreign intelligence that could compromise the sources and methods from which it originated, which American spies want to protect.

Third, Barr said he would redact information about ongoing cases or investigations — those taking place elsewhere in the Justice Department now that the special counsel’s work is complete.

Charges unsealed last week against Julian Assange, the founder of WikiLeaks, and Greg Craig, a former White House counsel, made clear that legal aftershocks will continue even though the big political quake in Washington apparently has passed.

And fourth, Barr told Congress, is “information that implicates the privacy or reputational interests of peripheral third parties who were not charged.” The Justice Department should not reveal derogatory information about people whom it isn’t accusing of breaking the law, he said.

Who Is Covered Under That Exception?

Could Barr Try To Protect Allies Of The President?

“It seems to me that’s an exception you can just drive a truck through,” Rep. Ed Case, D-Hawaii, told Barr last week. 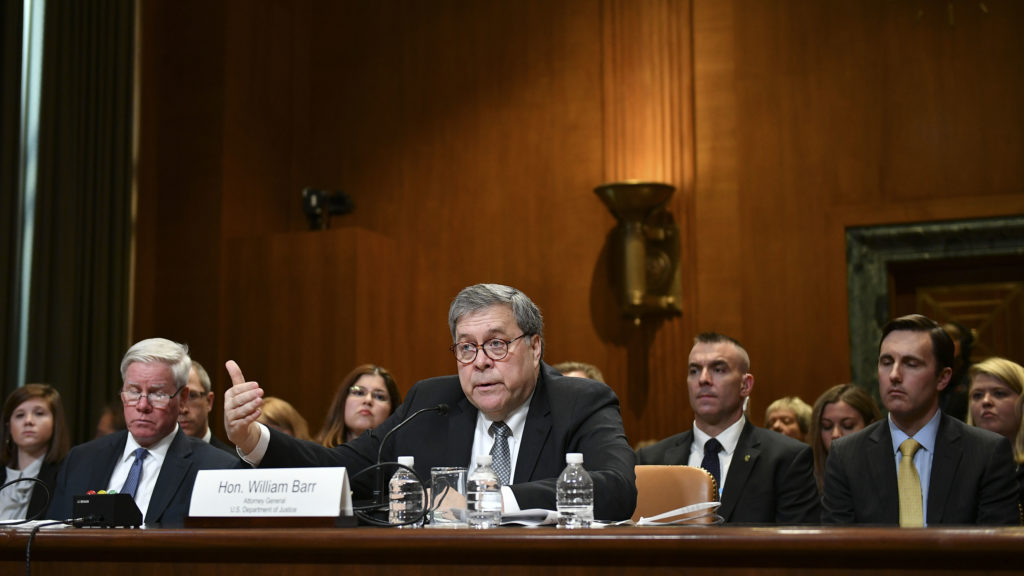 Trump’s opponents accuse Barr of working not as an independent arbiter but as a servant of the president. Democrats were furious, for example, when Barr called the surveillance conducted of Trump’s campaign in 2016 “spying” — after the Russian government had launched its disinformation war on the presidential campaign.

House Speaker Nancy Pelosi, D-Calif., complained that Barr was “going off the rails” and that she didn’t trust him. She’ll trust only what she reads from Mueller.

Yes and no. The dispute is over that term.The FBI and Justice Department conducted surveillance of Trump’s campaign in 2016 as they investigated the election interference. What Republicans have charged since is that some officials may have abused their powers and violated the rights of at least one American.

Law enforcement officials have denied that and defended their practices.

Barr and key Republicans in the Senate, including the chairman of the Senate Judiciary Committee, Sen. Lindsey Graham, R-S.C., say they want answers to questions about how and why decisions were made in 2016.

Barr told members of Congress that another report is coming out this summer, after the Mueller report, that could provide some answers about that question.

And Barr has launched his own informal review about the origins of the Russia investigation, meaning that this saga may continue to be not only about what Trump and his camp did but about what investigators and Justice Department officials did too.

Could Mueller’s Report Answer Some Questions?

Maybe, although Barr’s implication is that it doesn’t.

Why, for example, didn’t officials brief Trump’s campaign in 2016 about the contacts they were discovering between people in his camp and Russians? How did the FBI use confidential informants in trying to discover what Trump’s campaign was doing?

One topic it might explore is what Trump and his top lieutenants in 2016 knew and when.

Barr said that Mueller didn’t establish that Trump’s campaign conspired with the Russians. But did Trump himself ever get word about the offers of help that were coming in from Russians or their agents, including those to his son Donald Trump Jr.?

If so, did Trump believe them and actively decide not to accept what was being offered — or did Trump just ignore them altogether?

How Else Did Russia Interfere?

Americans have learned a lot from Mueller’s office about the methods by which Russia interfered in the election. The best-known schemes include agitation on social media aimed at amplifying disagreements among Americans and the cyberattacks that stole data that was then released to embarrass political targets. 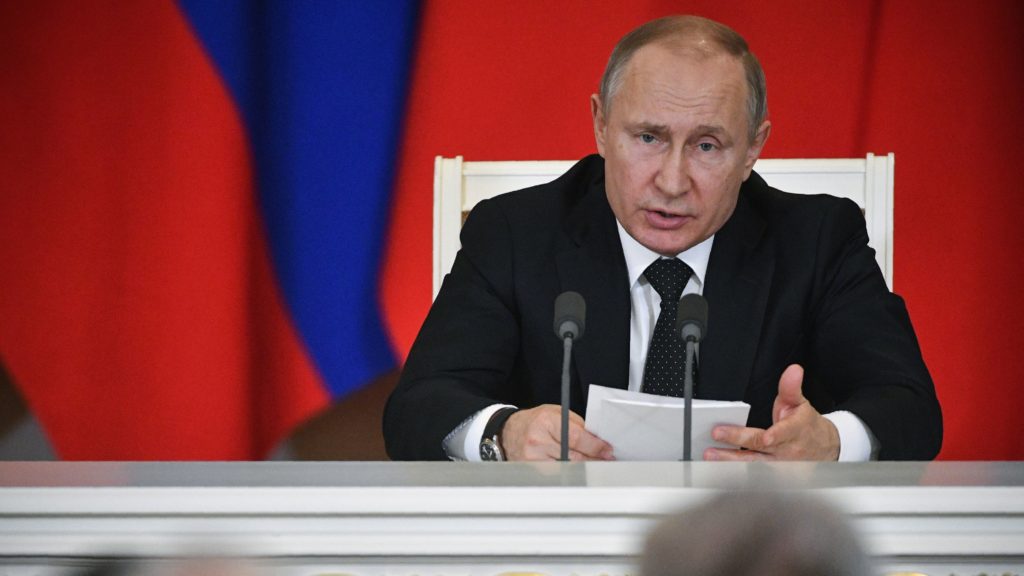 Others schemes that haven’t received as much attention have been established too.

Will Mueller’s report uncover any other types of interference that haven’t yet been made public?

Barr and Rosenstein said they’ve concluded that Trump won’t face obstruction-of-justice charges. What did investigators uncover about what actions he took? How close was the call for the leaders of the Justice Department?

What Does Mueller Think?

Where did Mueller come down on all this? What recommendations did he make — if any — about charges for Trump? Did he defer that to the leaders of the Justice Department, or did he intend for conclusions about his findings and analysis to be reached by members of Congress?

Barr says to expect some insights about all this: The report “sets forth the special counsel’s findings, his analysis and the reasons for his conclusions,” the attorney general wrote to Congress.

Barr’s letters about the work of the special counsel investigation have taken the wind from the sails of Democrats who had been pushing for impeachment proceedings against Trump.

Members of Congress could resume that battle, however, if Mueller’s raw findings lead Trump’s opponents to conclude he acted wrongly or abused his office, separate from Mueller’s or Barr’s reading of relevant criminal law.

Will All The Redactions, Will It Make Sense?

“Are we going to get the gist of this, or is it going to be, you know, [reading a section] on January 2015 and then you have to flip 15 pages to find the next text?” Schatz asked.

Barr said the Justice Department would do better than that.

“You will get more than the gist.”