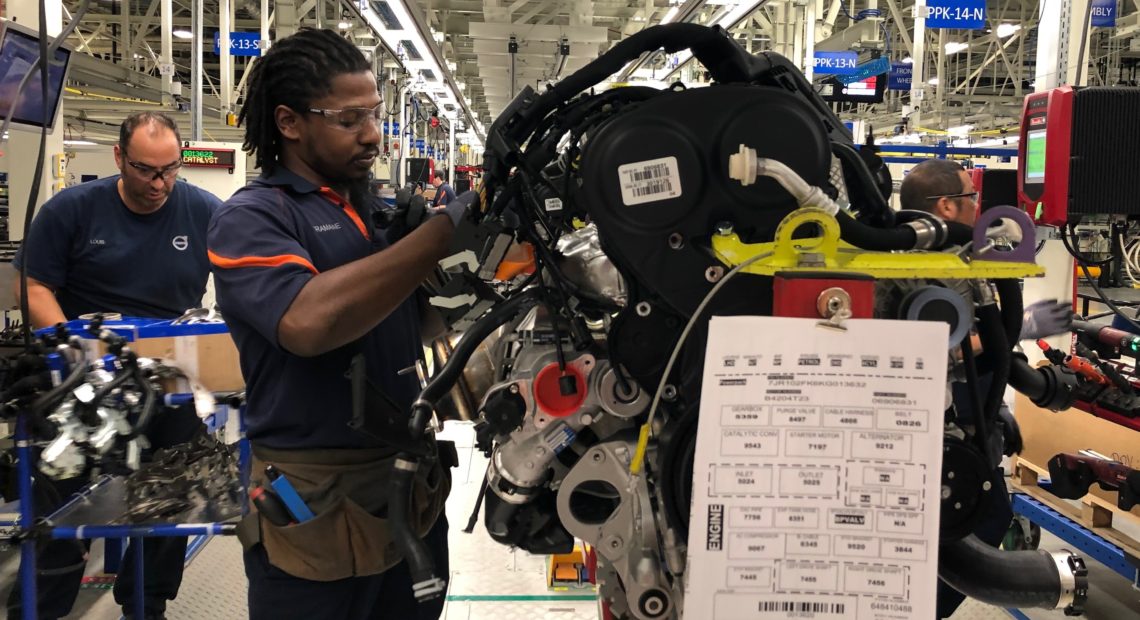 PHOTO: Tremaine Smalls attaches parts to an engine at Volvo’s plant in Ridgeville, S.C. The automaker has shifted its exports to Europe as the result of the U.S. trade war with China. CREDIT: Camila Domonoske/NPR

Volvo is a Chinese-owned Swedish company making cars in the U.S. When it decided to set up a plant in South Carolina to build cars to ship around the world, it was following a long tradition.

With its port, Charleston, S.C., has been a shipping hub for centuries. And the state has been home to international manufacturers for decades — BMW, Michelin and Bosch are among the many global firms with footholds there.

Trump’s trade war with China has stretched for more than a year, and trade tensions remain high with Europe as well. Tariffs on steel and aluminum are pinching auto suppliers in the U.S., who face higher costs for raw materials to make parts. Meanwhile, tariffs on imported parts can cut into the budgets of automakers, who rely on thousands of different components from around the world to build each vehicle.

Volvo, owned by the Chinese firm Geely, intended to export many cars from the plant near Charleston to China, but the tit-for-tat tariffs between Beijing and Washington threw a wrench into those finely tuned plans. U.S.-made Volvos aren’t being sent to China after all.

“It’s kind of a disappointment, but we’re going to work through it,” says Trey Yonce, a supervisor at the plant, as he watches line workers assemble cars. “It wasn’t what we wanted to hear.”

But as Yonce notes, Volvo is adapting, not cutting back.

Analysts compare imposing tariffs to squeezing on a balloon. Put pressure in one spot and the global economy will shift to work around it.

Volvo’s new $1.1 billion plant in Ridgeville, S.C., employs 1,500 people. It’s currently running at a fraction of its capacity, manufacturing the S60, a luxury sedan. But Volvo has certainly not stopped production because of tariffs. In fact, the company is still planning to add an SUV to the plant in the next few years.

And half the cars made in the facility are still being exported — just not to China. A batch recently went to Belgium, for distribution across Europe. In coming months, Volvo says, it will ship cars to countries in the Middle East, Africa, Oceania and the Asia Pacific region — excluding China, of course. 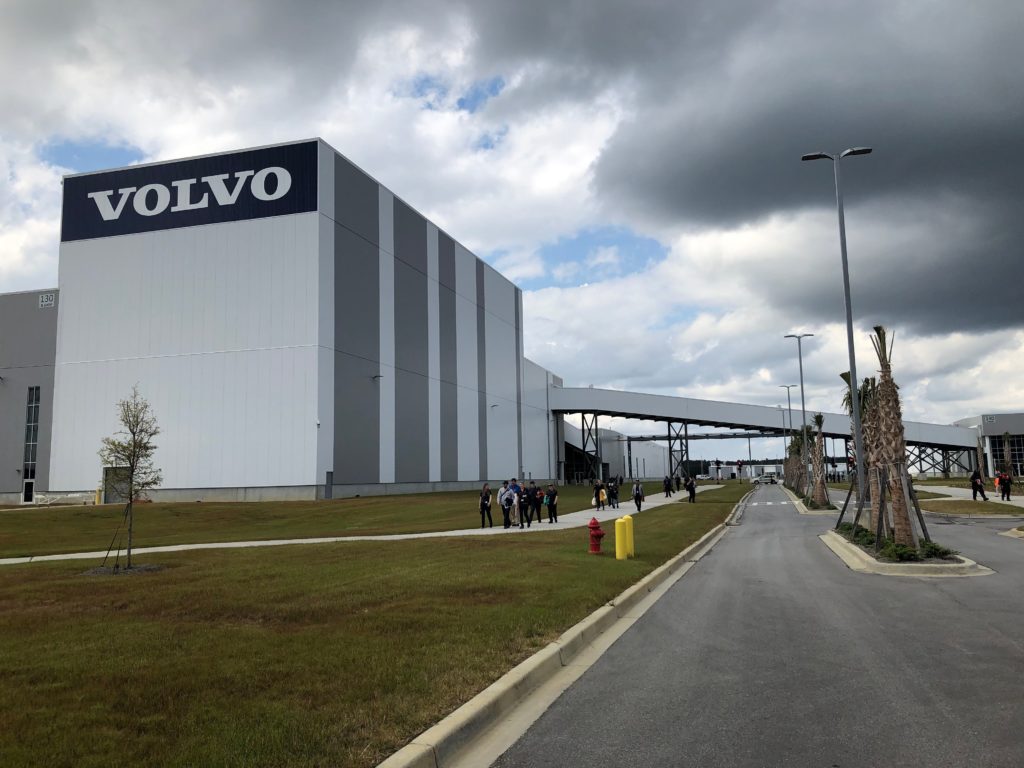 Volvo’s new $1.1 billion plant in Ridgeville employs 1,500 people and is currently running at a fraction of its capacity CREDIT: Camila Domonoske/NPR

The plant was designed to be flexible, handling gas engines, hybrids and eventually electric vehicles on the same line. Volvo has had to be flexible about where it builds cars and for which markets, too.

“We need to be able to change our manufacturing capabilities very fast,” says Anders Gustafsson, Volvo Cars’ vice president for the Americas and the CEO of Volvo Car USA. “We are fast, but it’s not easy.”

But he takes the long view.

“To run a plant or run a company, it’s a long-term decision,” Gustafsson says. “So you lose and you win.”

Across the entire industry, automakers are stuck waiting to see how the trade conflicts will pan out, says labor and manufacturing expert Kristin Dziczek of the Center for Automotive Research. “Essential investments are getting made,” she says. “Strategic investments are waiting to find out what the rules of the game [are] going to be.”

And it’s not just the car industry grappling with the unpredictable nature of these trade talks.

“I think that every industry has got some some skin in the game or some things that get messed up when trade becomes uncertain,” she says.

Jim Newsome, the CEO of the South Carolina Ports Authority, notes that his state depends heavily on global trade. “We ought to be trying to lower tariffs, not raise tariffs,” he says. “The global automotive industry could benefit from zero tariffs.”