Special counsel Robert Mueller’s doorstop report about Russia’s interference in the 2016 presidential election thumped to Earth on Thursday. It said the investigation could not establish that the Trump campaign “conspired or coordinated” with the Russian interference effort, which was described as “sweeping and systematic.”

However, the 448-page document, released after a nearly two-year-long inquiry, also says that “while this report does not conclude that the president committed a crime, it also does not exonerate him,” specifically referring to possible charges that the president obstructed justice.

It also contains dramatic revelations of happenings inside the Oval Office, including an account quoting the president worrying the investigation could spell “the end of my presidency. I’m f***ed.” The report also cites instances of Trump aides stopping his attempts to impede the investigation.

Mueller detailed 10 “episodes” involving actions by Trump that might have constituted obstruction of justice, Attorney General William Barr said — but the Justice Department has concluded they did not amount violations of the law.

Barr said at a news conference before the report was released that he was satisfied Trump had “noncorrupt motives” and decided not to prosecute the president for obstruction.

In the report, the special counsel investigators wrote:

If we had confidence after a thorough investigation of the facts that the president clearly did not commit obstruction of justice, we would so state. Based on the facts and the applicable legal standards however we are unable to reach that judgment. The evidence we obtained about the president’s actions and intent presents difficult issues that prevent us from conclusively determining that no criminal conduct occurred.

The Mueller report says the case was complicated because the president has some inherent authority and because “unlike cases in which a subject engages in obstruction of justice to cover up a crime, the evidence we obtained did not establish that the president was involved in an underlying crime related to Russian election interference.” 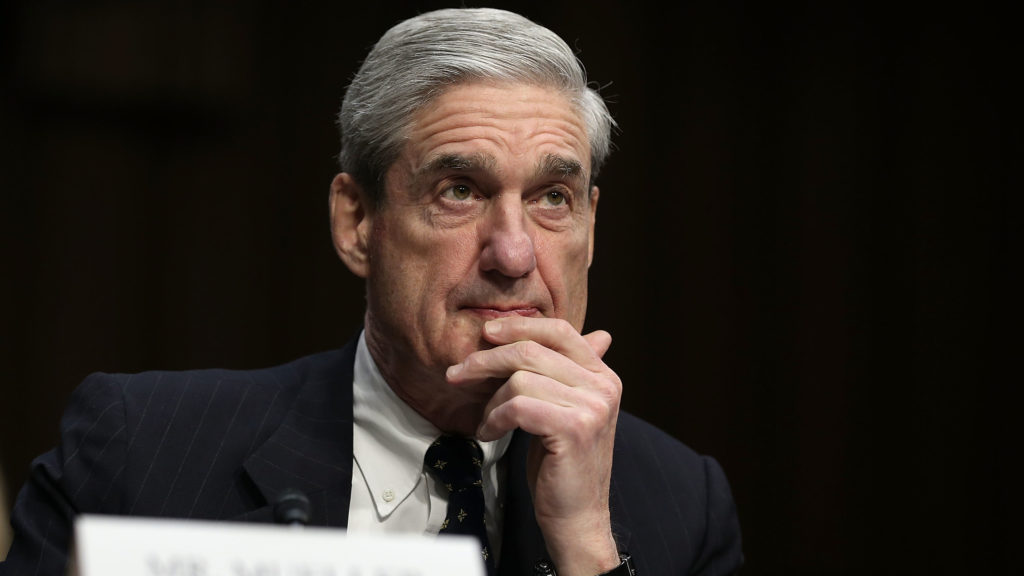 The report observes two phases of Trump’s actions that reflect “a possible shift in the president’s motives.” Things may have changed after the president became aware that his own conduct was under investigation.

When then-Attorney General Jeff Sessions told Trump that a special counsel had been appointed, the president “slumped back in his chair and said, ‘Oh my God. This is terrible,’ ” according to cited notes from a DOJ aide.

There are also instances of Trump aides not carrying out his directives, including a request to then-White House counsel Don McGahn to tell the Justice Department that Mueller had a conflict of interest and must be removed.

Several other such instances include Trump instructing his former campaign manager Corey Lewandowski to deliver a message to Sessions to limit Mueller’s probe.

And in early summer 2017, the president called Sessions at home and asked him to reverse his recusal from the investigation.

At his news conference before the Mueller report was released, current Attorney General Barr insisted several times that “no collusion” had been found between the Trump campaign and Russia. Barr said there was substantial evidence to show “that the president was frustrated and angered by a sincere belief that the investigation was undermining his presidency, propelled by his political opponents and fueled by illegal leaks.”

What The Campaign Knew

Here’s what Mueller’s office wrote about the Trump campaign’s knowledge of the Russian interference in the presidential race between Donald Trump and Hillary Clinton as it was taking place in 2016:

Trump, in written answers to questions from the special counsel’s office, said he had no recollection of learning at the time what was taking place beyond things that had been reported publicly.

Trump specifically told investigators that he had no recollection of learning at the time that his son Donald Trump Jr., son-in-law Jared Kushner and campaign chairman Paul Manafort planned to meet with the Russian delegation they hosted at Trump Tower in June 2016.

No one has faced criminal charges in connection with that meeting, although Manafort was sentenced to prison following other conspiracy and fraud charges.

The attorney general told reporters he considered it his prerogative to decide what actions to take or not take and what charges to pursue, or not pursue, following the completion of the special counsel report.

Mueller did not “indicate” that he considered his mandate to leave decisions about whether to punish the president up to Congress, Barr said.

“We don’t convene grand juries and conduct investigations for that purpose,” he said.

Trump welcomed Barr’s briefing with a post on Twitter that included an image of himself in a “Game of Thrones” motif with the legend: “Game over.”

And he talked about the released report at a White House ceremony Thursday morning for veterans taking part in an bike ride sponsored by the Wounded Warrior Project.

Kellyanne Conway, counselor to the president, told reporters following the report’s release that Thursday was “really the best day since he got elected” and that “we’re accepting apologies today, too, for anybody who feels the grace in offering them.”

Democrats had a very different take on the report.

At news conference in New York, House Judiciary Chairman Jerry Nadler, D-N.Y., said, “Even in its incomplete form, however, the Mueller report outlines disturbing evidence that President Trump engaged in obstruction of justice and other misconduct.”

Earlier, leading Democrats on Capitol Hill complained about Barr’s handling of the report. They objected to the early preview for the White House and to Barr convening a press conference before the Mueller report was public.

House Speaker Nancy Pelosi, D-Calif., and Senate Minority Leader Chuck Schumer, D-N.Y., said before the press conference that Barr’s “regrettably partisan handling of the Mueller report … [has] resulted in a crisis of confidence in his independence and impartiality.”

Pelosi and Schumer added that “the only way to begin restoring public trust in the handling” of the Mueller investigation is for Mueller himself to testify publicly before the House and Senate “as soon as possible.”

Nadler called for Mueller to speak for himself about his work, in public, to Congress, in a hearing by May 23.

The possibility of Mueller testifying before Congress is one that Nadler has raised before. The Judiciary Committee chairman and and Rep. Doug Collins, R-Ga., its ranking member, agree on a desire to have Mueller testify.

Barr said on Thursday that he didn’t object, although no hearing is now scheduled. Barr himself is expected to appear before the House and Senate judiciary committees in a few weeks.