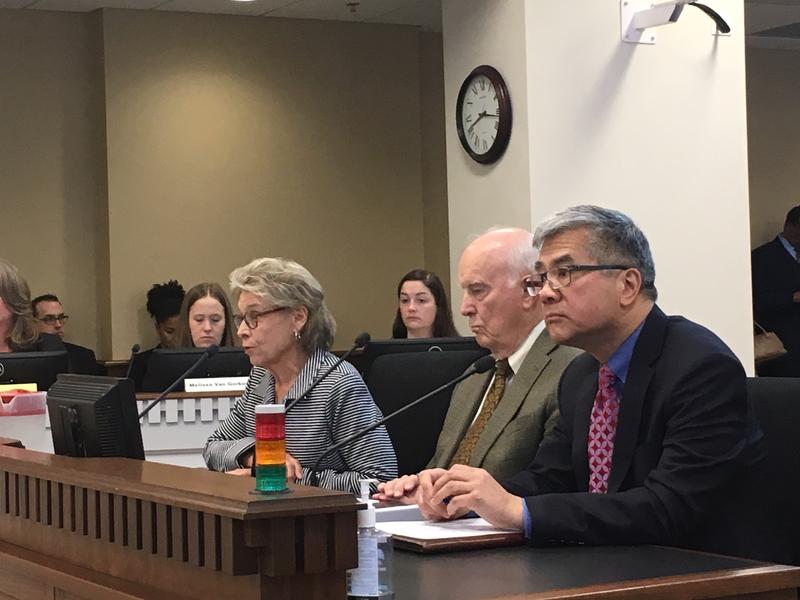 At a joint House-Senate hearing in Olympia, the three governors – Republican Dan Evans and Democrats Gary Locke and Chris Gregoire – called on state lawmakers to pass I-1000, an initiative to the Legislature that seeks to replace I-200, a voter-approved ban on affirmative action passed in 1998.

“I believe that Initiative 1000 is a responsible measure that will help us throw the doors of opportunity wide open,” Evans told the committee.

Current Gov. Jay Inslee, a Democrat, has also endorsed I-1000.

Opponents brought their own special guest: Ward Connerly, a former University of California regent who led anti-affirmative efforts in several states, including Washington, beginning in the 1990s. At the hearing Connerly, who is black, urged lawmakers to reject I-1000.

“Race has no place in American life or law and certainly not in Washington,” Connerly said.

Also testifying against I-1000 was KVI radio host and former Republican gubernatorial candidate John Carlson, who chaired the I-200 campaign in 1998.

I-1000 would allow the state to once again use affirmative action policies to address discrimination or underrepresentation, so long as those policies did not rely on quotas or constitute preferential treatment under the law. Preferential treatment is defined as using characteristics such as race or gender as the sole criteria for selecting a less-qualified candidate.

Besides race and gender, I-1000 would allow affirmative action policies to promote the advancement of people based on sexual orientation, disability and veteran status.

The initiative would also create a Governor’s Commission on Diversity, Equity and Inclusion responsible for monitoring and enforcing state compliance with I-1000.

Backers of the initiative, led by former state lawmaker Jesse Wineberry, submitted a record 395,000 signatures in January to qualify I-1000 as an initiative to the Legislature. The campaign, however, has struggled to raise money to pay its signature gatherers and is $1.3 million in debt, according to filings with the Public Disclosure Commission. Supporters are planning an Easter weekend march-a-thon from Seattle to Olympia to raise money to pay off the debt.

In March, the group Asians for Equality, which opposes I-1000, filed a lawsuit alleging irregularities with some of the petitions and challenging the Secretary of State’s process for validating signatures. A Thurston County judge dismissed the lawsuit, but the group is now appealing to the Washington Supreme Court.

At the hearing, opponents wearing white t-shirts that said “NO SYSTEMIC RACISM! NO I-1000!” packed the room. In testimony, many described coming to the United States as immigrants and their belief that I-1000 would unfairly target Asian Americans, especially in areas like college admission. 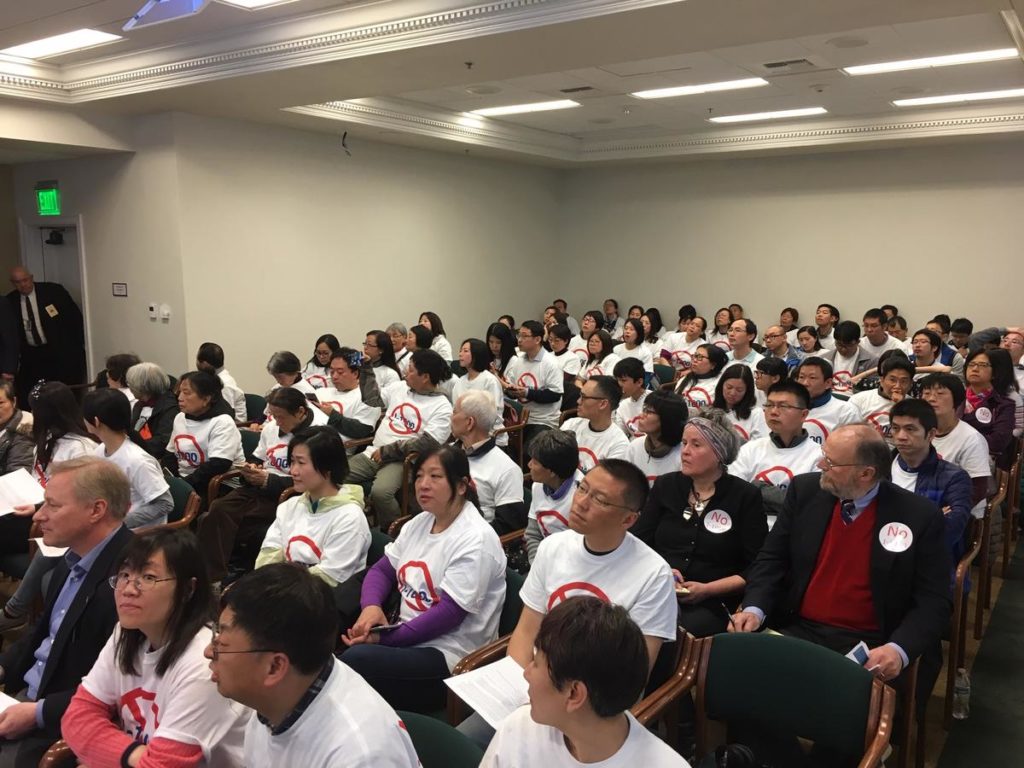 “I-1000 would legalize racial discrimination and penalize hard working Asians by our skin color,” said Linda Yang of Asians for Equality. “At its core it would allow less-qualified applicants to be selected based on race.”

Supporters of the initiative pushed back forcefully on that narrative. Saniah Simpson, the president of the Black Student Union at St. Martin’s University, noted that African Ameri