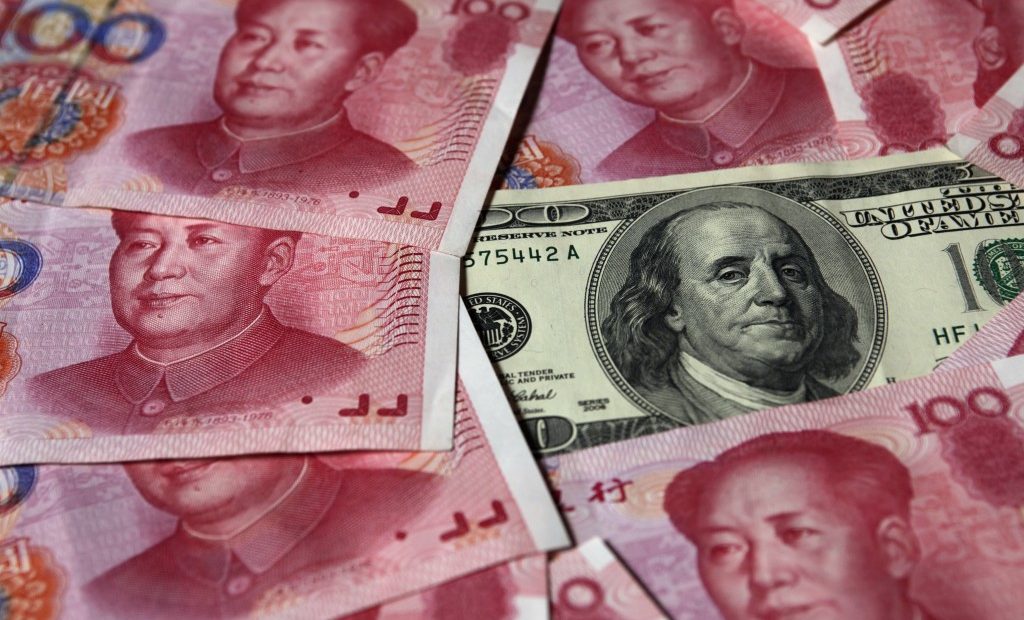 Who Would Pay For President Trump’s New Tariff Hike?

PHOTO: A new round of tariff possibilities between the U.S. and China could have trickle down consequences to consumers and businesses. CREDIT: Petar Kujundzic/Reuters

If the Trump administration follows through with its plan to hike tariffs on $200 billion worth of Chinese imports at midnight Friday, it would likely hurt not only China’s economy but American consumers and businesses, too.

Multiple studies show the tariffs the U.S. imposed last year on $250 billion worth of Chinese goods, plus the retaliatory tariffs China has put on $101 billion worth of U.S. goods, have led to price increases, reduced the availability of some products and forced businesses to seek alternative suppliers.

President Donald Trump is threatening now to increase existing tariffs on goods ranging from seafood to handbags from 10 percent to 25 percent if China does not agree to its demands during trade talks Thursday in Washington.

Trump said Thursday his administration is also starting the paperwork to impose tariffs on an additional $325 billion worth of Chinese products.

The idea: leverage more pressure on China to agree to a deal that the two countries have been negotiating for months.

“We’re the piggy bank that everyone steals from,” Trump said at a news conference on his efforts to reduce prescription drug prices Thursday, claiming that under his presidency, “we’re going to be taking in more money than we’ve ever taken in.”

But any increased revenue is not likely to come from China if current trends continue. Instead, it’s more likely to come from U.S. customers and companies, economists say. And any retaliatory tariffs China imposes could have larger ripple effects throughout the U.S. and global economy.

When the U.S. puts tariffs on Chinese imports, the theory is that Chinese firms will reduce the price of their products to stay competitive. But so far, that has not happened, possibly because international orders are placed months in advance and the tariffs haven’t been in place long enough to renegotiate prices.

Plus, businesses might be waiting to see if the trade dispute is resolved before they make any major adjustments to their models, said Oleg Itskhoki, an economics and international affairs professor at Princeton University. 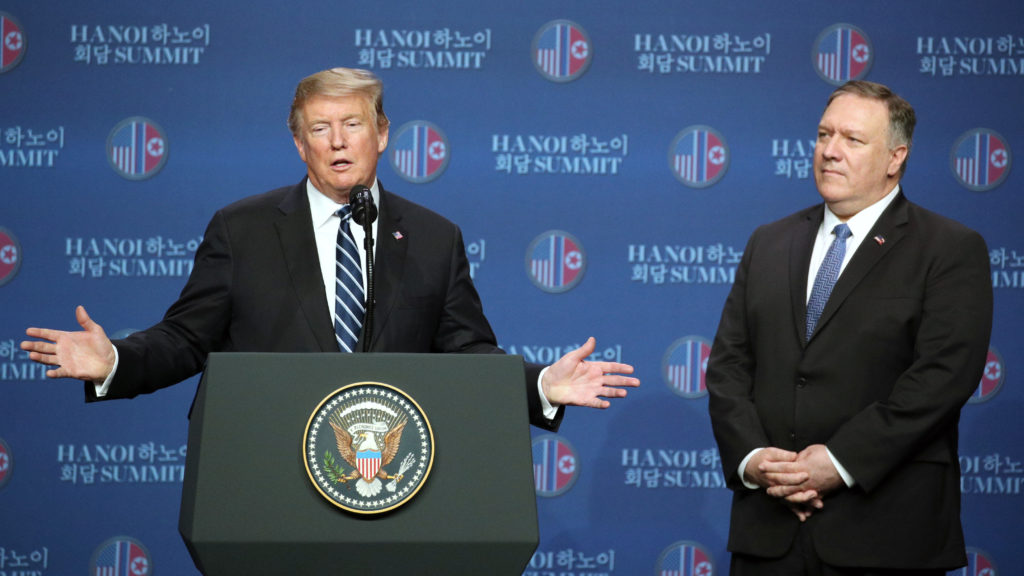 That leaves U.S. retailers to decide between three options: absorb the cost of the tax, pass it along to consumers, or search for an alternative supplier from a country other than China.

The last option could hurt China’s economy as U.S. companies take their business elsewhere, but it also comes with higher costs for American firms because it is not cheap to find new suppliers, plus domestic producers, as well as those from other countries, often raise their prices because they know customers have few other options.

Recent studies indicate businesses are not absorbing the cost.

“In the short run, American consumers bear the cost of the tariffs,” Itskhoki said.

But American businesses are still being hit in another way — by the retaliatory tariffs China has put on U.S. exports.

Because of the tariffs, some Chinese importers are not buying U.S. products and are instead doing business with suppliers from other nations, as they have with soybeans. That means U.S. producers are losing out on valuable income, especially if they cannot find other buyers for their goods.

U.S. farmers and other manufacturers could reduce prices to try to compete with other nations, but many of them are already operating on thin profit margins. If they reduced prices further, they could go out of business.

How Much Have Existing Tariffs Cost?

Trump’s tariff increase would generate an estimated $30 billion worth of taxes on Chinese goods a year.

It’s one of the reasons Trump has claimed tariffs are boosting the U.S. economy, but the Tax Foundation, a Washington-based think tank, estimates the current tariffs on Chinese goods will reduce U.S. GDP long-term by $30 billion. Additional tariffs as proposed by Trump could drop GDP by at least another $15 billion, according to the group’s analysis.

That doesn’t include other tariffs the Trump administration has imposed on other countries as a negotiating tactic, including an across-the-board tariffs on steel and aluminum. This week, the Trump administration announced it would impose a 17.5 percent tariff on imported Mexican tomatoes because it says Mexico is conducting unfair trade practices.

Some specific industries, such as aluminum manufacturers, have benefited from the tariffs. But that has come at a cost to U.S. customers who have to pay higher prices.

By October and November 2018, tariffs on China and other countries cost U.S. consumers and businesses $4.4 billion a month, according to a recent study by researchers from the Federal Reserve Bank of New York, Princeton University and Columbia University. Of that, the federal government recouped about $3 billion in import taxes. 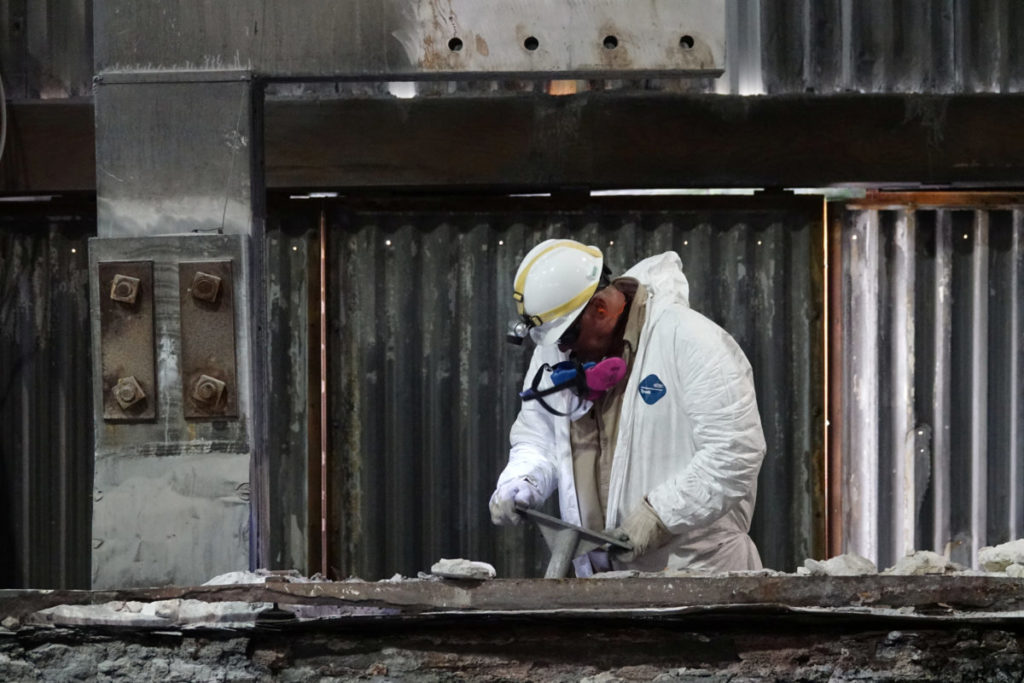 A worker inside the Magnitude 7 Metals LLC aluminium smelter which is reopening and taking on hundreds of local workers in New Madrid, Missouri. CREDIT: Karen Pulfer Focht/Reuters

But about $1.4 billion was lost entirely because tariffs make the economy less efficient–consumers might be buying fewer goods, for example, but they are paying more overall because of the price hike. The $1.4 billion loss amounts to an annual cost of about $133 per household, according to the researchers.

Looking at the Consumer Price Index, which measures the cost of consumer goods such as food and clothing, the researchers found the prices on products subject to the tariffs increased between 10 percent and 30 percent after the tariffs were implemented. If tariffs rise further, as Trump has proposed, consumers are likely to see prices increase again.

Much of that price increase comes from tariffs the U.S. puts on goods from China, which make up the heftiest tariffs, as opposed to the retaliatory tariffs China has imposed on U.S. goods.

Who Suffers The Most?

Areas with high concentrations of agriculture and metal production are most at risk of feeling the negative effects of tariffs. Those industries have been singled out in the tariffs Trump imposed on steel and aluminum, as well as by China, which imports a large amount of U.S. agricultural products.

By sheer number, regional metropolitan centers such as Chicago and Dallas export the most products that are affected by tariffs, but in rural areas a larger share of the economy is affected, according to a study published in October 2018 by the Brookings Institution, a Washington-based think tank.

Counties that voted for Trump in 2016 are twice as likely to be affected by the trade battle with China than those that voted for Hillary Clinton, the research also finds. That’s because Trump won a number of rural counties whose economies depend heavily on certain goods, such as agricultural products, that are included in China’s retaliatory tariffs

That observation is backed up by a study conducted by four academic researchers and released earlier this year. They found workers in “heavily Republican counties were the most negatively affected by the trade war.”

Trump’s base seems to be sticking by him when it comes to his stance toward China, but the views held by all Americans are more complex.

In September, only 42 percent of Americans said they thought the trade war with China was good for jobs, according to an Axios poll. But the percent of Americans’ who have a favorable view of China has also dropped significantly since the tariffs went into place.

Fear Of The Unknown

In addition to the more immediate effects, a trade battle injects unpredictability into the economy that can cause many businesses to rethink their long-term investments.

“If these tariffs go into effect, that makes you uncertain,” said Gary Hufbauer, a senior fellow at the Peterson Institute for International Economics. “And if you’re a firm considering enlarging your relations with China, you could put that on ice for the time being.”

If enough companies pull back on their expansion, that can make a dent in the growth of both U.S. businesses and China’s economy.

The day after Trump announced his new tariffs threat, stocks plummeted. If Trump makes good on that threat, it’s likely Wall Street will see yet another sell-off.

On the other hand, other countries are benefiting from the U.S.-China trade dispute. Brazil has boosted its soybean production to make up for the soybeans China is not buying from the U.S. Other nations, such as Thailand and Malaysia, could also benefit if U.S. companies decide to purchase from them instead of China.

But so far, those larger effects are still hard to measure. No one is sure exactly how long the tariffs will be in place and are cautious about making any rash decisions that would be difficult to reverse.